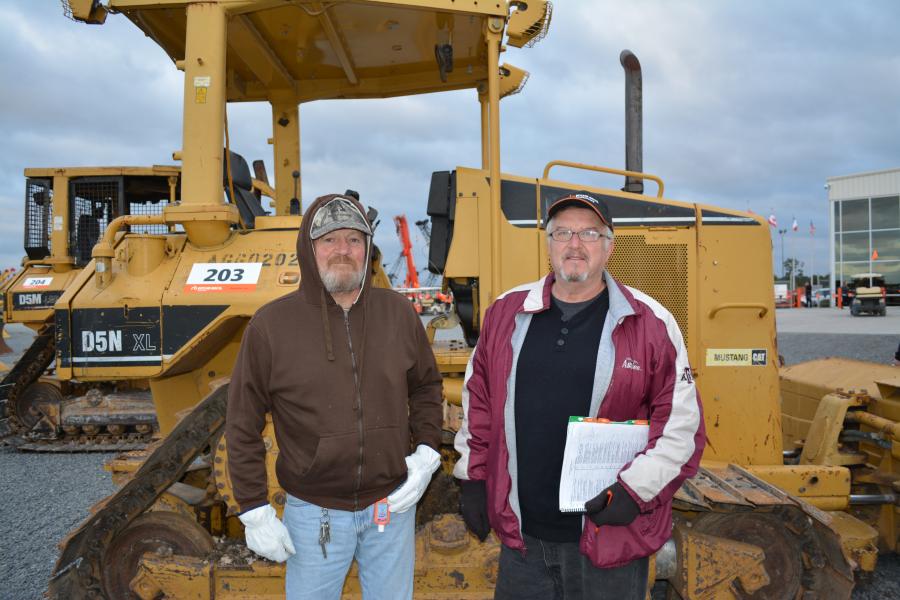 Billy Creek (L) and Gary Blackmor of Blackmor Land and Cattle, College Station, Texas, put the Cat D5N through its paces before bidding.

Ritchie Bros. conducted its first multi-day auction of 2017 in Houston, on Feb. 15 to 16. More than 4,400 equipment items and trucks were sold in the auction for more than $42 million.

The two-day, unreserved public auction attracted more than 5,100 people from 57 countries to register to bid, including more than 3,250 people registering to bid online — both of which are new Houston site records.

Approximately 91 percent of the equipment in the auction was sold to U.S. buyers, including 51 percent sold to buyers from Texas, while international buyers purchased 9 percent. Online bidders purchased more than $22 million of equipment (53 percent).

“We saw record crowds here in Houston, including a record number of new bidders on site,” said Alan McVicker, regional sales manager, Ritchie Bros. “As a result of the massive crowds we saw strong equipment pricing with incremental increases in pretty much every category compared to our auction in November 2016. It's great to see such positive momentum leading into our massive five-day Orlando auction and our two-day Fort Worth auction.”