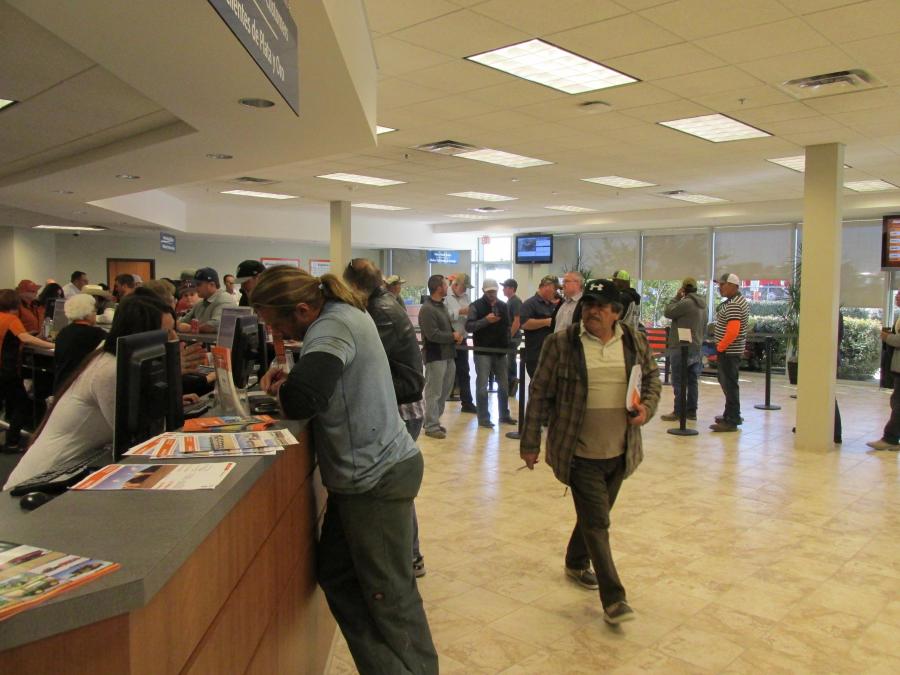 Registration is hot and heavy getting the auction ready.

The yard was packed with equipment — all of it lined up carefully, ready to be sold — as huge crowds showed up to bid at Ritchie Bros.' Fort Worth auction March 2 to 3, 2016. Over two days, more than 5,250 people registered to bid on the more than 5,850 items sold, setting new state records for the company.

“It's been a fantastic couple of days, with tremendous bidder turnout,” said Bill Hogan, regional sales manager, Ritchie Bros. “We had quality gear from top brands and companies in the auction, with quite a lot of late-model, low-hour equipment. The selection of equipment and our commitment to selling unreserved attracted a record number of bidders for us here in Texas, resulting in solid pricing on most asset categories on both days of the sale, particularly for transportation equipment.”