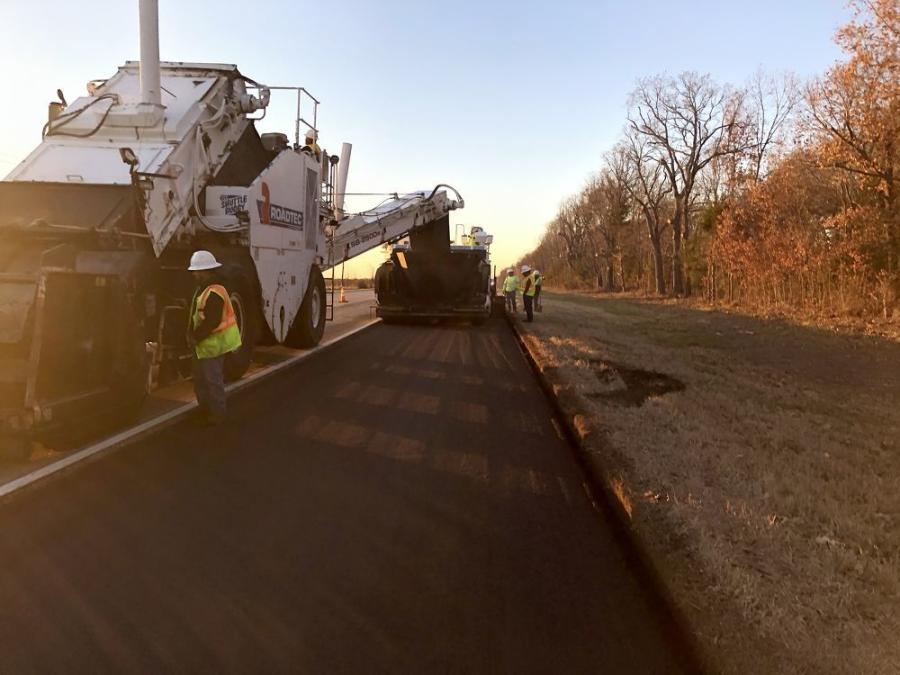 RK Hall LLC started work on the Texas Department of Transportation's (TxDOT) $14.2 million project to expand and improve U.S. 82 in Red River County in September 2019 and despite rains which had impacted the construction last winter, the general contractor is hopeful to meet the anticipated delivery date of September 2021. 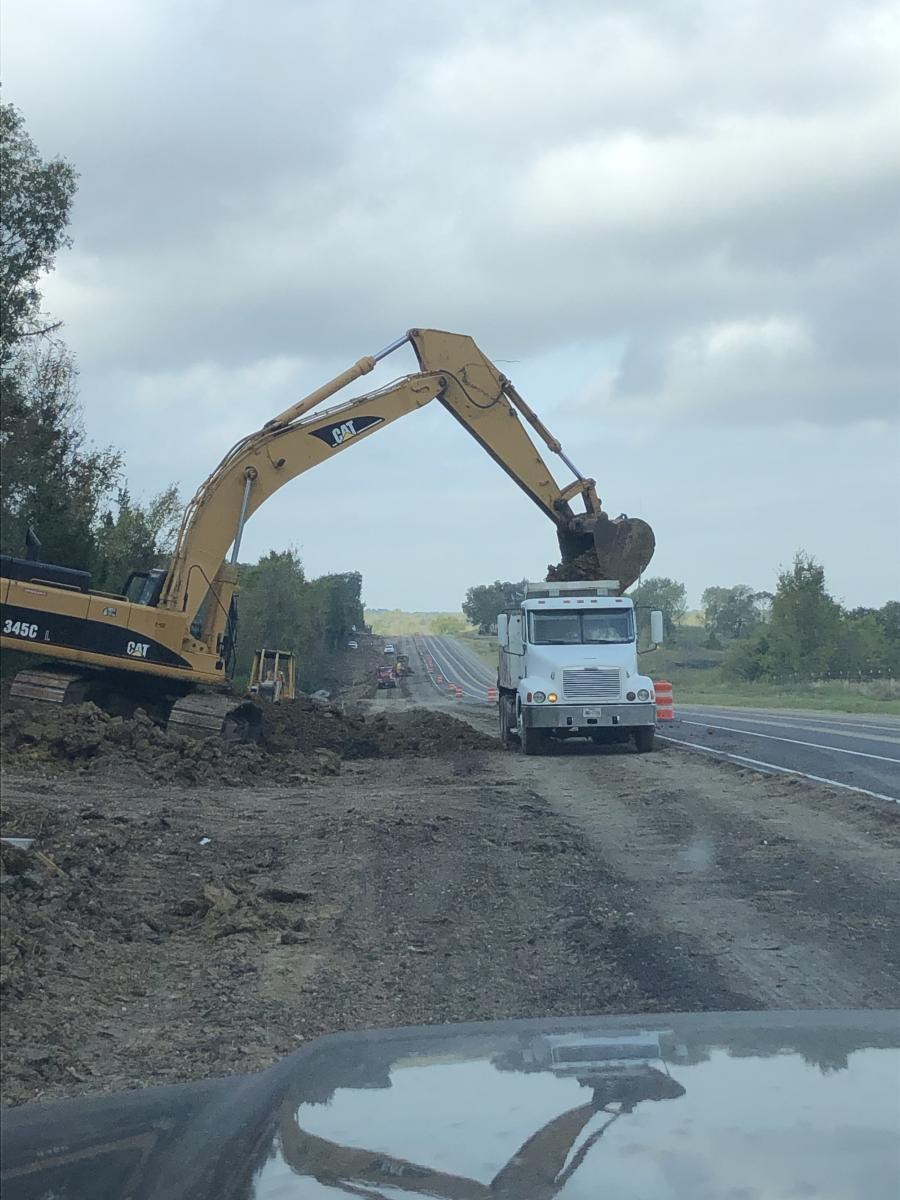 RK Hall and its crews are rehabilitating portions of the shoulders, approximately 9 ft. of the existing shoulder and 4.5 mi. where the passing lanes are overlapping. Crews already have completed the westbound section of the widening and the extension of the cross culverts in that area, as well the grading of the ditches to acquire better drainage for TxDOT's right-of-way. All 17.8 mi. will receive a hot mix overlay towards the end of the project.

"We are in the middle of working on the eastbound section," said Zak Moore, RK Hall's project manager, who noted that the current operations are within a 2-to-3 mi. area. "We did a lot of tree removal at the beginning to make sure no trees were going to compete with the new road that we're building. That was actually quite a large change order for this job."

Discrepancies in the plans created a challenge.

"Once we milled up some of the road, we found a concrete slab," said Moore. "When this road was originally built, it had a concrete slab under it. We had a couple of problems with that due to the slab extending into where we were rehabilitating the shoulder, but this issue was handled. We have had some utility issues, which we are still fighting in some areas, but most of these issues were headed off early in the project. They were going to be a problem once we got to the eastbound side of the roadway, so we had the utility company go ahead and relocate these conflicting utilities." 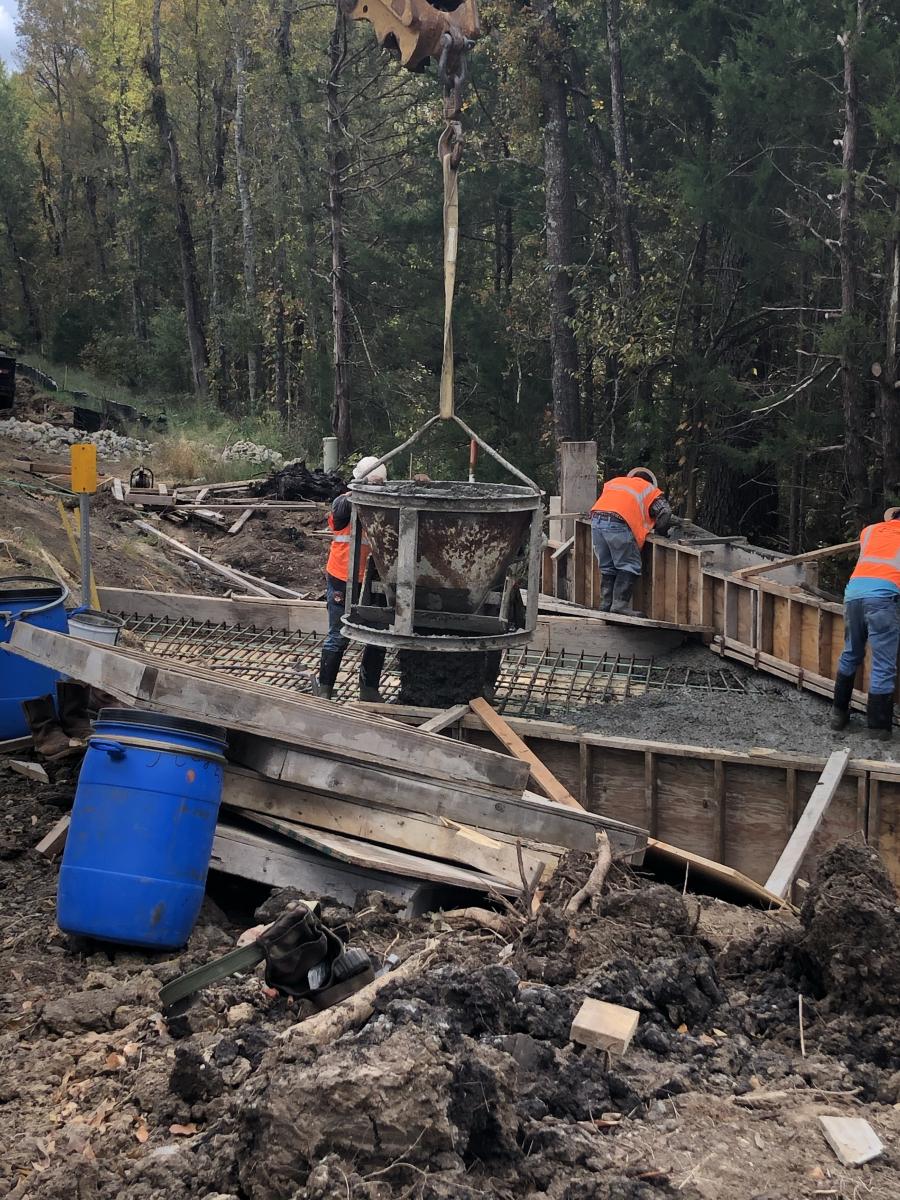 Another major challenge was the subgrade on the westbound widening portion of U.S. 82.

"It was unexpected," said Moore. "We needed a change order to cement treat the subgrade on that side and we will be doing the same on the eastbound side. The soil was trapping a lot of water and as we would run equipment across it, it would start pumping water to the top. By cement treating the subgrade before we built the road, it allowed us to bridge over the areas holding water. Ultimately, we will be building a better road for TxDOT. The shoulders and edges of the road are going to hold up much better than they would have had we went ahead and built our road on top of those waterbed areas."

The road widening operations started with crews milling the shoulder, followed by making necessary cuts and fills in the subgrade.

"We're rehabilitating nine feet of existing shoulder where we are adding the passing lanes," said Moore, who noted that this was where the cement treatment paid off. "After milling and rehabilitating the nine feet, we added six feet of subgrade to the roadway and placed our base to build the road even more, so we could get back to elevation that we needed to be at with the appropriate materials. We cement treated this flex base, added a prime coat and paved directly on top of the prime coat with four inches of Type B hot mix."

"They don't have any steel wheels out here for the dirt work portion of the widening even though we do utilize steel wheels for our paving operations," said Moore, "We have quite a lot of equipment out here on a daily basis."

Extending existing cross drainage structures were among the first construction activities before tearing into the subgrade.

"We had to get the culvert extensions done, so we could backfill on top of them," said Moore. "These culvert extensions are key in carrying the water away from the road. The culvert extensions were one of the activities that were the hardest to work around with all the rain. Obviously, some of the bigger culverts would have a lot of water running through them making it impossible to extend these culverts. We were able to combat this in a few locations by utilizing water pumps, but some areas had too much water. 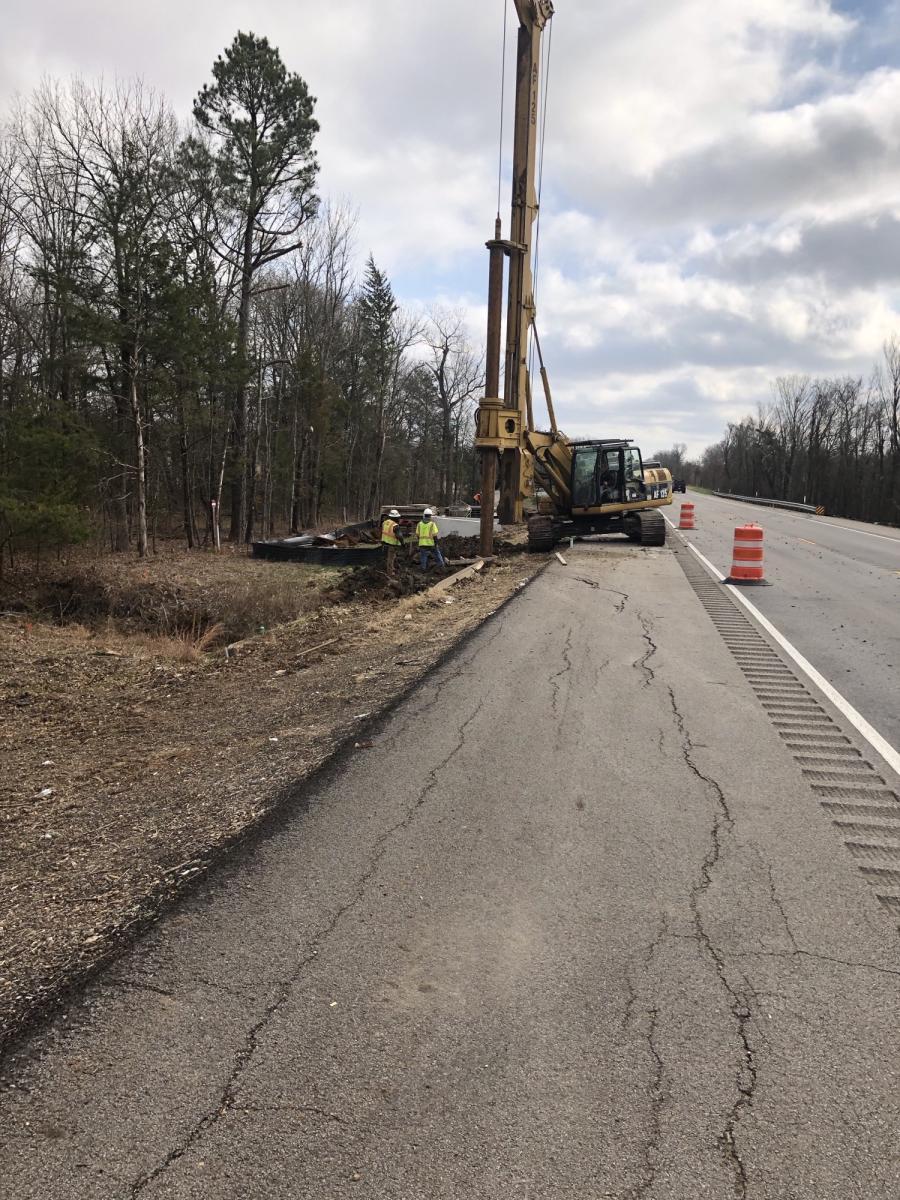 "Another big issue we had to deal with on this project, which I am sure nearly any other construction company can relate to, is the lack of skilled labor in the construction industry. For example, my concrete subcontractor relies heavily on work visa programs to bring skilled crews from Mexico to work with him during the busy portion of the year. However, he was having issues getting these crews brought in due to the onset of COVID-19. Unfortunately, there is not an abundance of skilled concrete crews that are not already working for other companies in the U.S. On top of this, not many young people are going into a trade once they leave high school. A lot of them are going to college to pursue management or business degrees. You could definitely see the effects of this issue throughout this project."

"The majority of the equipment out here is from the subcontractors," said Moore. "We currently have one sub performing the dirt work, DL Lennon, and another for the culvert extensions, JM Yanez, who has two excavators here — a Cat 336 and a Cat 316. Repair and maintenance efforts are minimal for the equipment on this job. The contractors deal with the usual fueling, oil changes and greasing, but the majority of the time the maintenance is fairly minimal. The only three ‘major' instances I can think of were when a turbo on a sheep's foot roller went out, injectors had to be replaced on a Cat 345 excavator and an idler on a dozer had to be replaced. Other than those few issues, the equipment has held up very well."

DL Lennon has an on-site mechanic to handle all their day to day issues with their equipment. If he does not have the necessary tools, someone from their shop will come to fix the equipment.

In regards to RK Hall's equipment, it rents HAMM and Cat pneumatic and steel wheel rollers, and water trucks from dealerships such as Holt CAT, Riggs CAT and United Rentals. RK Hall owns its own paving equipment, which is supplied by Roadtec (Astec) such as its RP – 190e pavers and its shuttle buggies (MTV), which are used for transferring hot mix to the paver. RK Hall also utilizes Bearcat distributor trucks to spray the tack out in front of the paving operations.

"We rented a 2,000 gallon water truck from United Rentals," said Moore. "Our rollers, rented from Riggs and Holt CAT, are a mix of HAMM and Cat models. These dealerships are very responsive in regards to making sure our equipment is properly taken care of."

Paving operations are expected to start in February and continue into the end of April.

"We will begin with the four inches of Type B hot mix on the new eastbound portion of roadway, followed by performing our surface pavement operations throughout the entire 18 miles of the project," said Moore. "We will be working to pave all lanes at one time through the entire length of the project."

Improvement for the bridge rail and metal-beam guard fence will be done after the overlay, when the final roadway elevations will be set.

"TxDOT's specifications require a specific distance between the top of the pavement to the center of the guardrail, so we are having to wait until we lay our final surface to set the MBGF," said Moore.

The installing of safety end treatments on culverts refers to the reinforced concrete pipe in general.

"We use reinforced concrete top [RCP] to extend the existing RCP culverts on the project," said Moore. "Whenever we install safety end treatments, we put the new pipe up to the existing pipe and pour a concrete collar between the two followed by the installation of the SET to the RCP using strips of Ramnek to seal the pipes together." CEG