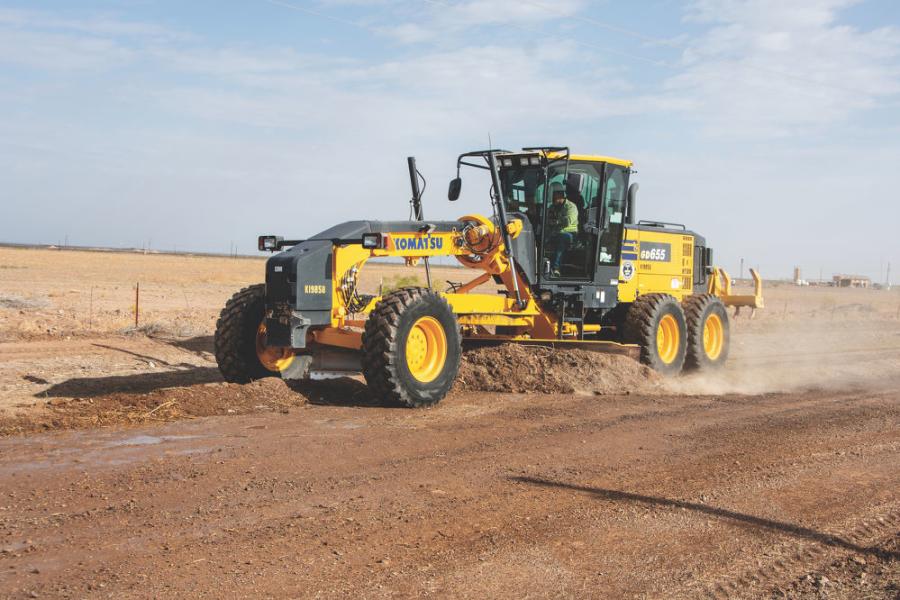 Operator Roy Lozano blades a road in preparation for chip sealing with a Komatsu GD655-6 motor grader. “It drives and handles well, and I like the visibility to the blade, so that I can easily see the road and materials,” said Lozano. “It increased production and efficiency.”

The world's first rodeo was held in Pecos, Texas — the current county seat of Reeves County — on Independence Day in 1883. At that time, all roads leading to the historic event were made of either dirt or gravel.

Nearly 140 years later, there are still several miles of those roads in the approximately 2,600-sq.-mi. area that makes up Reeves County. Its Road & Bridge Department is maintaining them, while also actively working to reduce their numbers. In 2015, it began a program to rehabilitate and pave.

"We started with 4 miles the first year and have increased the number annually, so now we're between 70 to 80," said Anthony Lopez, road crew foreman. "Our plan for 2021 is almost 100 miles. The process involves regrading and compacting, followed by chip sealing. It creates a much better, longer-lasting surface for county residents."

Maintaining and rehabbing roads are a couple of ways the nearly 60-member Road & Bridge Department team services the approximately 17,000 residents of Reeves County. Additional workers also service the oil and gas industry in the area. Lopez noted that having county crews — it currently has a dirt crew and a chip seal crew — perform the work saves costs and offers greater flexibility than contracting out the work. 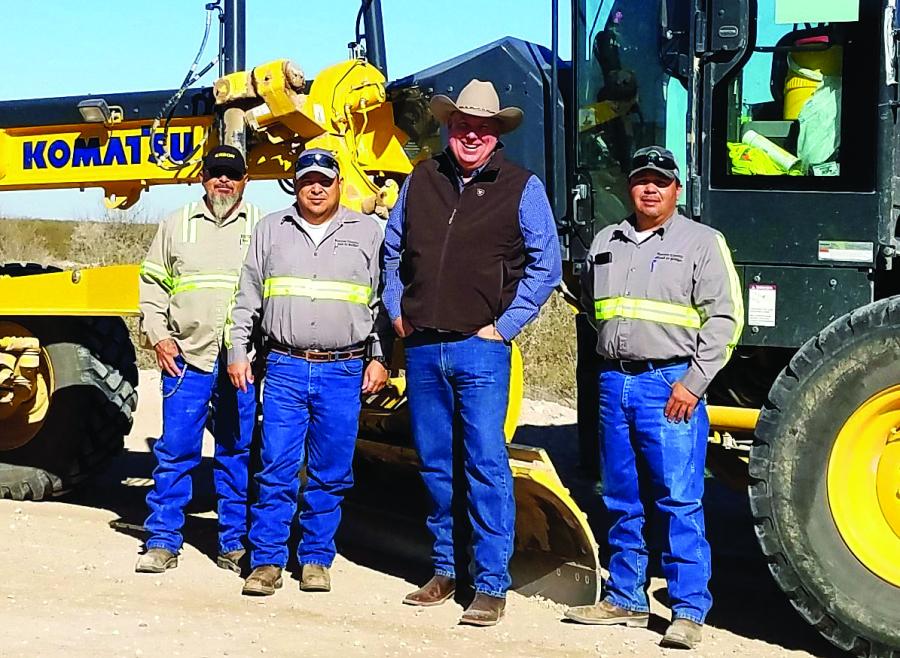 "It stretches taxpayer dollars and allows us to get more done each year," stated Lopez. "Additionally, traffic can change from month to month. We may have a road that is in the schedule for some time in the future. If we see that traffic is way down in that area, we can quickly mobilize and start the rehabilitation process instead of waiting until the scheduled date. If we contract that road, we may have to wait for quite some time before the contractor gets to it. That's not to say that contracting out work is bad. A few roads are done that way each year, but the bulk is handled by the Road & Bridge Department."

In total, the Reeves County Road & Bridge Department is charged with maintaining, rehabilitating and improving more than 580 mi. of roads. In addition to its scheduled plans, it responds to emergency situations, including emergency street repairs. It also cleans and maintains cattle guards, mows public property such as rights-of-way and medians, maintains cemetery maps and a complete list of county cemeteries, and advises historical preservation groups and local government entities on state laws that protect historic cemeteries.

A state grant Reeves County received in 2015 allowed the Road & Bridge Department to work on road improvements and gave it the ability to purchase equipment for the chip sealing process, as well as loaders and dozers to process its own materials.

Recent additions include several products from Kirby-Smith Machinery Inc. Among them was a Komatsu GD655-6 motor grader used to blade roads and build the base for chip sealing.

"It's very dependable, which is essential for us," said Lopez. "Our operators like the visibility to the blade, so they can easily see what they are grading, which increases efficiency and productivity. It really helped last winter when we had a freak storm that dumped about two feet of snow. We drove it into town and helped the city and state plow and open roads. It worked great."

For some general compaction and chip sealing, Reeves County added a Hamm HP 280i pneumatic roller.

"Like the motor grader, it's very reliable and productive," said Lopez. "The operators appreciate the ergonomics and how much room they have in the cab, as well as the visibility. It's a great finish roller, so it gives us a good surface on the chip sealing." 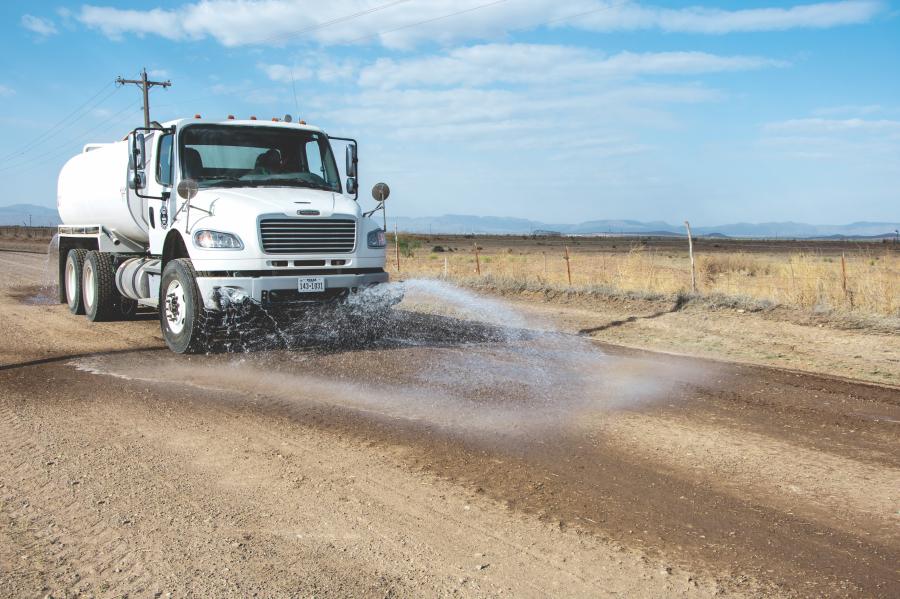 "We are very pleased with those," said Lopez. "The SkyTrack is a good general-purpose lift, and the water truck lets us do quite a bit of roadwork before it needs to be refilled. We recently used it to fill firetrucks during an emergency. Both are easy to operate."

Dan Thompson, a governmental sales representative of Kirby-Smith, assisted Reeves County with the purchases and checks in regularly. "Dan visits two or three times a year, but he calls or emails weekly to make sure everything is running smoothly, and if we need anything, he or someone else at Kirby-Smith responds right away. Dan also gives us an opportunity to demo new equipment to see if it is something that will suit our present or future needs. They are knowledgeable about the products, so they help in determining what works best for our needs."

The rodeo in Pecos, Texas, has continually been held each year since its inaugural event. Since 1936, it's been held at the Buck Jackson Arena. Today, visitors have better roads to bring their livestock to the spectacle.

"The grant for road work was for 10 years, and we are hoping that the work lasts beyond that," said Lopez. "Our commitment is to make our residents' lives better with improvements, and the Road & Bridge Department is a big part of that."