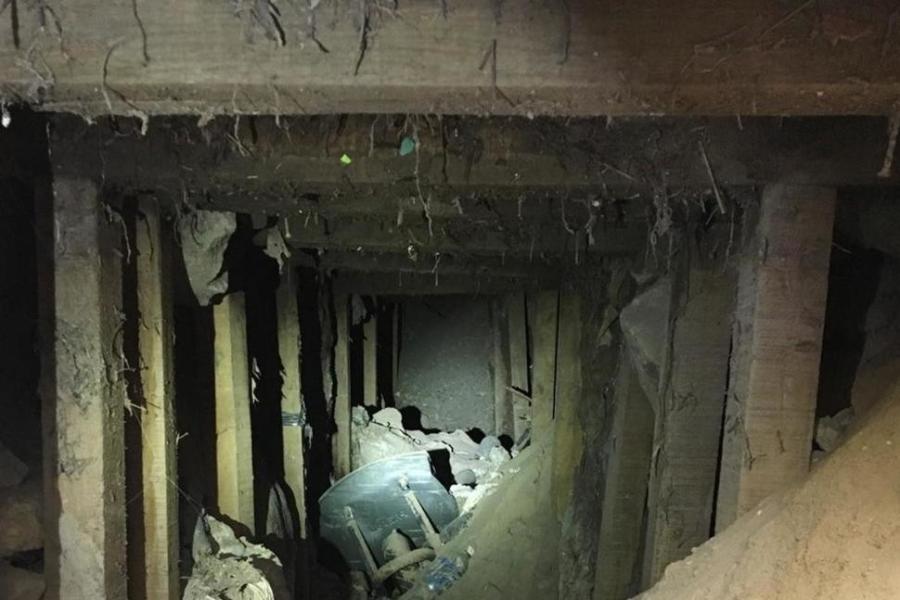 A construction crew uncovered an abandoned tunnel in Texas, just north of the border with Mexico.

The Border Patrol said in a statement that the Texas Department of Transportation reached out after a cave-in during construction of a road. The mishap led to the discovery of the tunnel that originates north of the international border. Authorities don't know the purpose of the tunnel.

Border Patrol confined-space resource teams are examining the area to determine the extent of the tunnel, apparently reinforced with wooden beams.