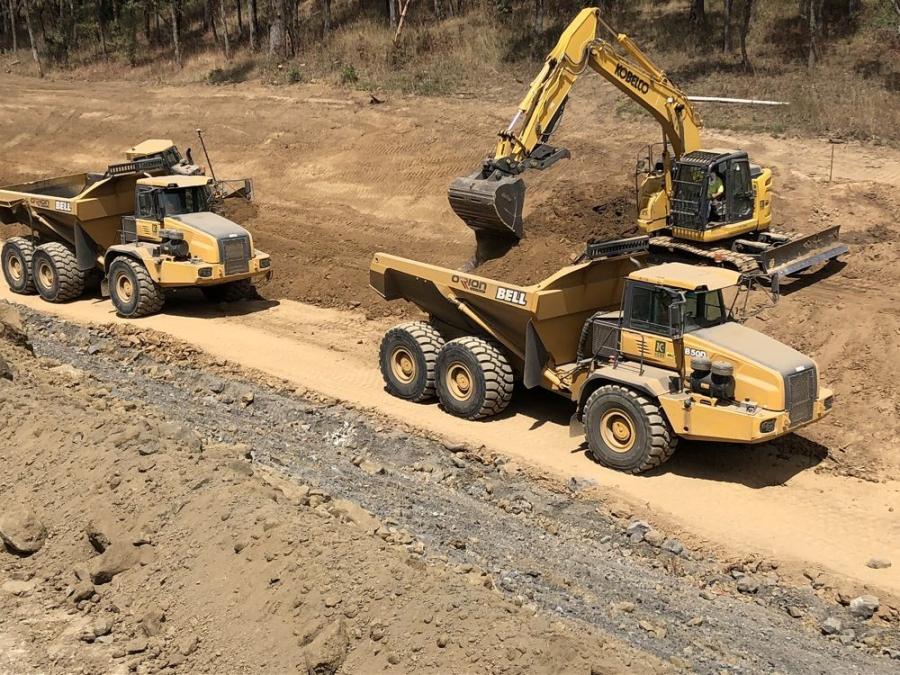 There’s a long reach excavator, lots of different sized dozers and compactors. It’s a 3-mi. work area. They can have things staged on multiple parts of the project.

A $25.98 million project near Roseburg, Ore., should get traffic flowing more smoothly over a mountain pass in the Umpqua River Valley. Contractors for the Oregon Department of Transportation (ODOT) are building climbing lanes in both directions over Roberts Mountain to move tractor trailers struggling to make the grade out of the flow of traffic.

"Prior to the project, semis were creating three lanes by driving on the shoulder, which wasn't safe due to the narrow width," said ODOT Construction Manager Patrick Gage. "There are quite a few different types of loads traveling over the mountain. Primarily the heavy loads are what cause the bigger issues. The slowest seem to be the tanker trailers." 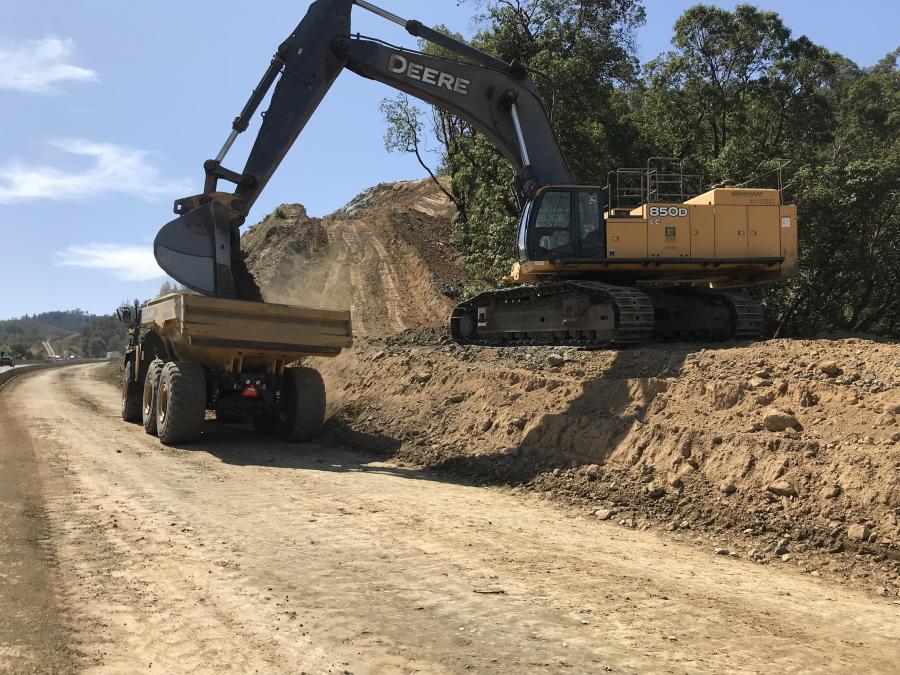 The lanes will run a little over a mile and taper off at the summit. The work is taking place primarily on the west side of the highway.

"The work zone is protected by temporary barrier and there are still two lanes in both directions but we have taken the shoulders away," Gage said. "We're trying to force the trucks to stay in the right lane only. But there are lots of congestion issues because of semis traveling in both lanes. We've staged going up hill south bound and will be excavating existing roadside and that material will be placed on the south side of the mountain. It will be a fill. Instead of widening up hill, we're building all the widening on the west side only. Once the climbing lane is done we'll move to the median and move the median barrier over. After that is done the center median will be shifted to the west to add room for the northbound direction."

Kerr Contractors, Woodburn, Ore., began excavation work in May with 30-to-40-yd. off road dump trucks hauling 18,000 truck loads of material. Workers did the first blast of hard rock in August and expect to have two to three more blasts over the next couple of months.

Still ahead are 80,000 tons of paving and placing approximately 100,000 yds. of stone embankment material.

"That's rock we place in areas that might have potential for landslides and stacks better and wears better than dirt would be," Gage said. "There's some specific staging and excavator methods we are doing because we know we have an active landslide that has been repaired with a buttress, and we are replacing it with a bigger and longer buttress for long-term stability." 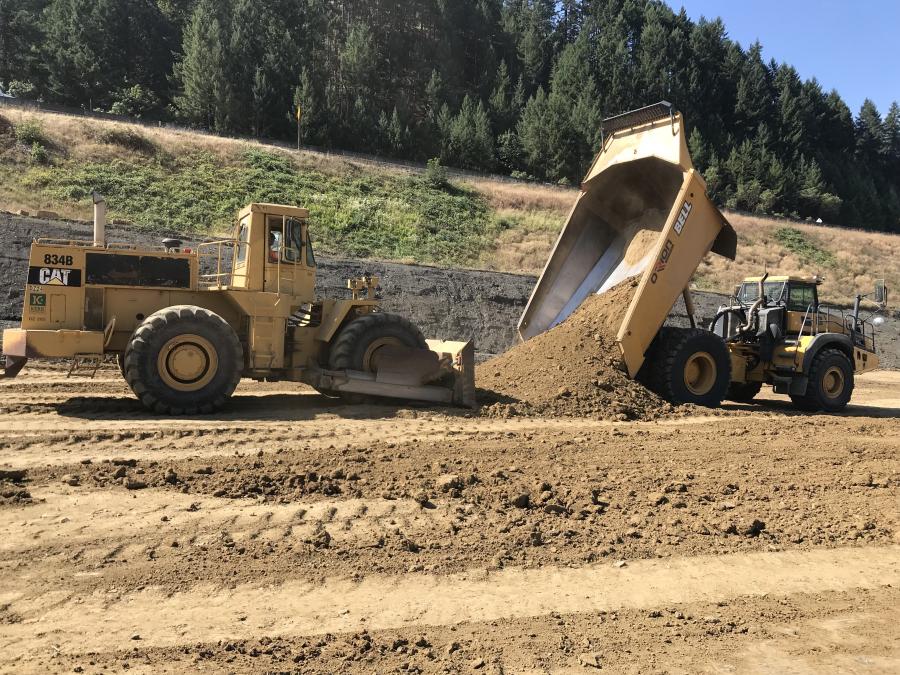 There also is bridge work, including building retaining walls, and extending a box culvert no longer used for cattle, but is a wildlife crossing under the freeway. Workers will extend it so it will be still available for wildlife to cross I-5. Two other key components include building a steel pile wall to replace an existing wall that is failing at a landslide and relocating a creek that is a direct tributary to the S. Umpqua River.

"There's a large menagerie of equipment," Gage said. "There's a long reach excavator, lots of different sized dozers and compactors. It's a three-mile work area. They can have things staged on multiple parts of the project.

"It's become standard to use all the GPS automated controls to run the cuts in the grades. Pretty much stakeless. The machines pretty much run off ODOT provided models. It was new 10 years ago and we were always troubleshooting, but we pretty much check all the finished projects, collect data points and compare to the model to make sure they are running the way we want."

The majority of earth work is expected to be completed this year, but it will be too late to pave. Paving will begin next spring when the contractor will move to the next stage of work. Winter weather conditions could have an impact on the schedule, but the project is currently on schedule to be completed by June 2021. CEG