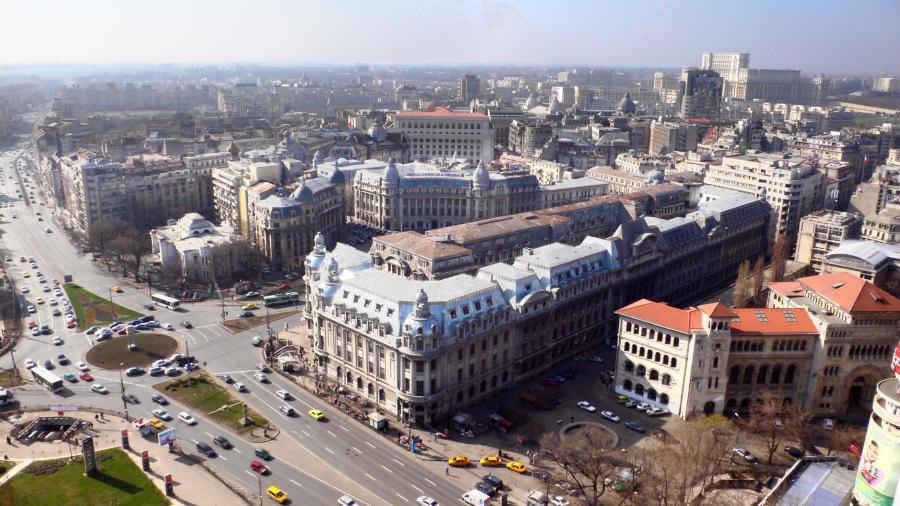 Dubbed “the guardian angel” of churches, Iordachescu devised a radical system that placed whole buildings in Bucharest — including churches, monasteries, banks and apartment buildings — on the equivalent of railway tracks and rolled them hundreds of yards away to save them from destruction.

BUCHAREST, Romania — Eugeniu Iordachescu, a Romanian civil engineer who devised an ingenious way to save 12 churches and many other historic buildings from being destroyed by the country's former Communist strongman, has died. He was 89.

From 1982 to 1988, thousands of buildings were razed in the heart of Bucharest, the Romanian capital, to make way for a plan by then-Communist leader Nicolae Ceausescu to build a giant House of the People and Soviet-style apartment buildings. The urban redesign known as systemization, which occurred all over Romania, was inspired during Ceausescu's 1971 visit to North Korea.

Dubbed "the guardian angel" of churches, Iordachescu devised a radical system that placed whole buildings— including churches, monasteries, banks and apartment buildings— on the equivalent of railway tracks and rolled them hundreds of yards away to save them from destruction.

In all, he moved 29 buildings, including Bucharest churches such as the 18th-century Schitul Maicilor, which was relocated 804 feet away from its original site in 1982 and the 16th-century Mihai Voda Church, which was shunted about 985 feet.

Despite his efforts, the Communists bulldozed some 24 churches in the capital, and the Romanian Orthodox Church was criticized for doing too little to save them.

Iordachescu also successfully relocated multi-story apartment buildings in Bucharest and in the Transylvanian city of Alba Iulia. He eventually owned three patents related to the relocation of entire buildings.

Author Hristache Popescu wrote that Iordachescu, who never sought the limelight, was a man of innovation, tenacity and modesty. He managed to secure permission for his plans because Ceausescu didn't want historical buildings and churches to mar his modern urban vision.

Iordachescu said he dreamed up his system after seeing a waiter carrying a tray with full glasses.

"I realized I had to do the same thing," he told the Libertatea newspaper last year.

In 2016, the Romanian Orthodox Church awarded him the "Patriarchal Cross," its highest honor for laypeople.

He is survived by two sons. One of them, Adrian Iordachescu, is also a civil engineer.