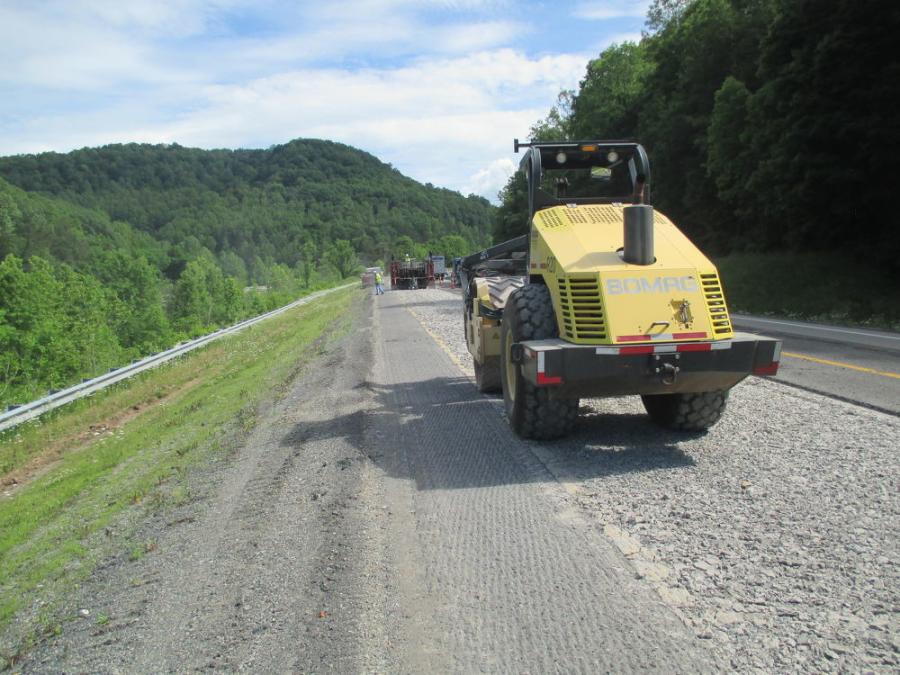 What started out as an economic choice for contractors has now become a measure with long-term performance more in mind.

Industry outsiders might think that a man breaking up a concrete pavement with a sledgehammer is destroying public property; however, if industry insiders were to see this act or a machine rhythmically crashing huge hammers onto a roadway, they would instantly recognize this process as rubblization.

Departments of Transportation across the country are seeing that rubblization is a key tactic for bringing new life to aging concrete pavements. Instead of facing the expense of breaking up old concrete roads and hauling materials away, DOTs and contractors alike are finding it much more economical to break the roads into smaller pieces, usually 2 to 6 in. in size. These fragments create an interlocked and flexible base material for paving over.

Rubblizing breaks the bonds between any reinforcing steel and the concrete, eliminating slab movement and decreasing the chance of future reflective cracking. Contractors place an asphalt layer on top of this base, creating a new road with years of service for the driving public.

The West Virginia Department of Highways (WVDOH) had experimented with rubblization to some success in the past, before deciding to employ the process extensively in 2018-2019, once state officials passed bonds to improve its deteriorating roads. WVDOH leaders believed that rubblization would be a cost-effective means of bringing the state's roads to life again promptly while showing voters they were getting value for their tax money. 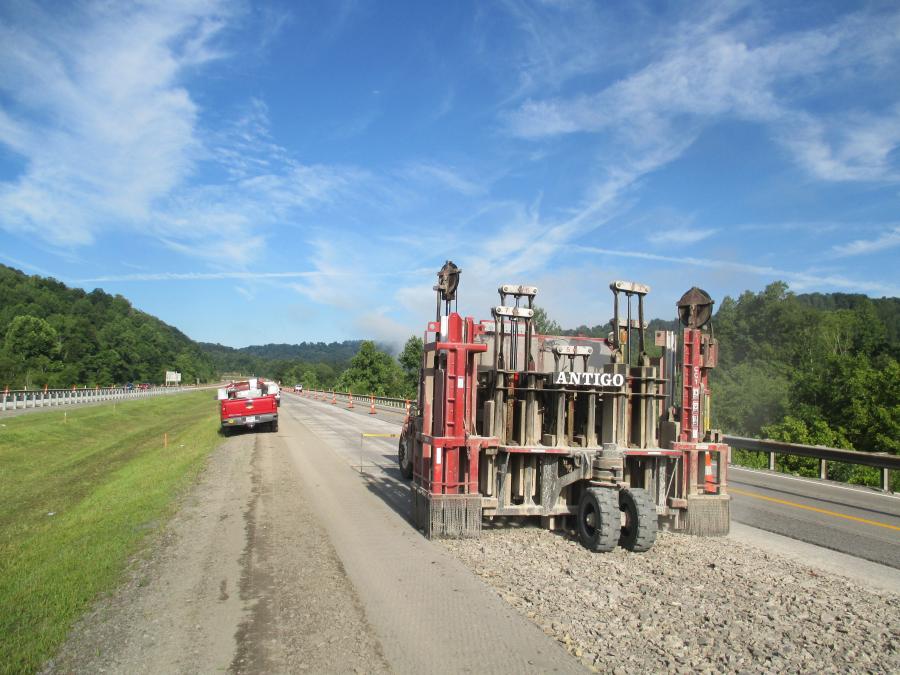 During that construction season, West Virginia awarded 12 projects on the interstate system totaling 60 mi. of highway. The 12 contractors selected were free to use any rehabilitation method they liked. All of them chose rubblization.

Travis Walbeck, of the National Center for Asphalt Technology, was with the WVDOH at the time and saw that the contractors using rubblization were making an economical choice, but also one with long-term performance in mind. "Rubblization style projects help address pavements that are a maintenance burden," Walbeck explained. "These reconstruction projects, coupled with preserving good pavements, help us make progress in pavement conditions statewide."

WVDOH documented the performance of the rubblized road sections and have found them to be superior to new construction. Engineers believe this is related to the firm foundation that the rubblized material provides for road-building activities.

Antigo Construction's multi-head breakers were used in virtually all of the concrete breaking activities on the WVDOH projects.

In 2015, the Nevada Department of Transportation spent $30 million on two rubblization projects along Interstate 80 in Elko, Humboldt and Lander counties. Contractors rebuilt a total of 17 mi. of pavement for the two projects. The success of the jobs led to three more within the last two years, all on I-80 in the northern part of the state. 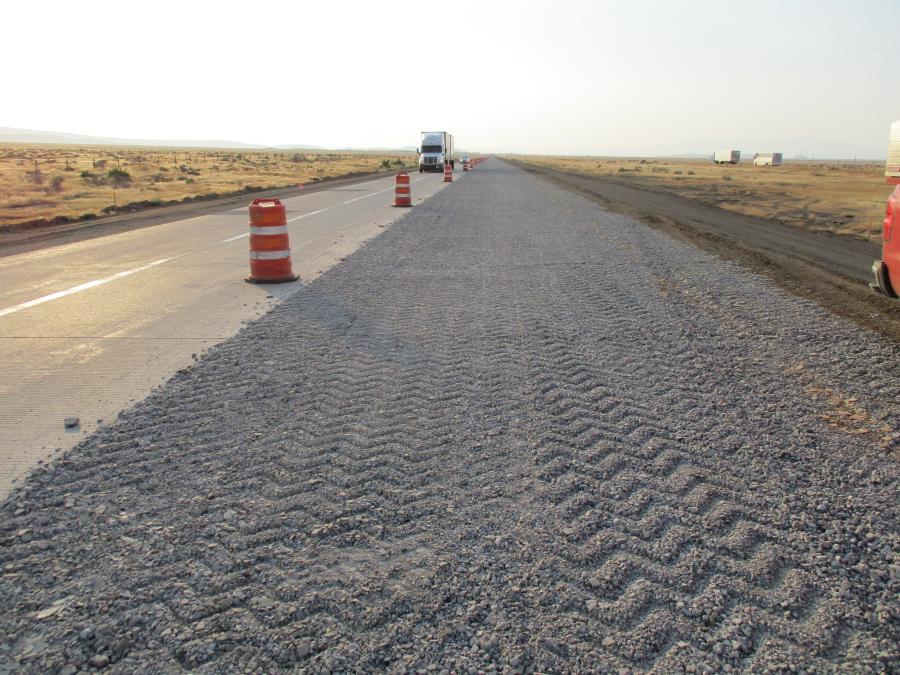 "Rubblization is a cost-effective method of highway maintenance in the state," said Darin Tedford, chief materials engineer for NDOT. "When concrete pavements are at the end of their life, it is much cheaper to rubblize than to dig out the concrete and haul it off to a landfill somewhere."

Tedford notes that NDOT research backs the effectiveness of the process as well. "Not only does it save money, but the rubblized road creates a strong base layer," he said. "The contractor compacts the base then paves with 6 to 7 inches of asphalt on top."

Contractors Q&D Construction and Road & Highway Builders did the paving for the NDOT projects in 2018-2019. Both companies are headquartered in Sparks, Nev., and had to set up mobile asphalt plants at the aggregate sites to access the somewhat remote paving zones on I-80.

The three most recent projects cost a total of $37.5 million for the encompassing 17 mi. Contractors on the projects had advantages, but at the same time faced challenges too.

"In that part of the state, we don't have many bridges or utilities buried underneath the highway, so that creates steadier working conditions," Tedford said. "But they usually deal with weather there that can become severe quickly and create a much shorter paving season than in the southern part of the state."

I-55 South of Chicago

Kankakee Valley Construction from Kankakee, Ill., handled the rubblization job on Interstate 55, one of the vital interstates headed out of Chicago. This 6-mi.-long project, in the second of three years under construction, is located near Pontiac. The rubblization process will cost between 53 to 72 percent less than the traditional road building process of remove and replace. The job will require nearly 100,000 tons of asphalt. 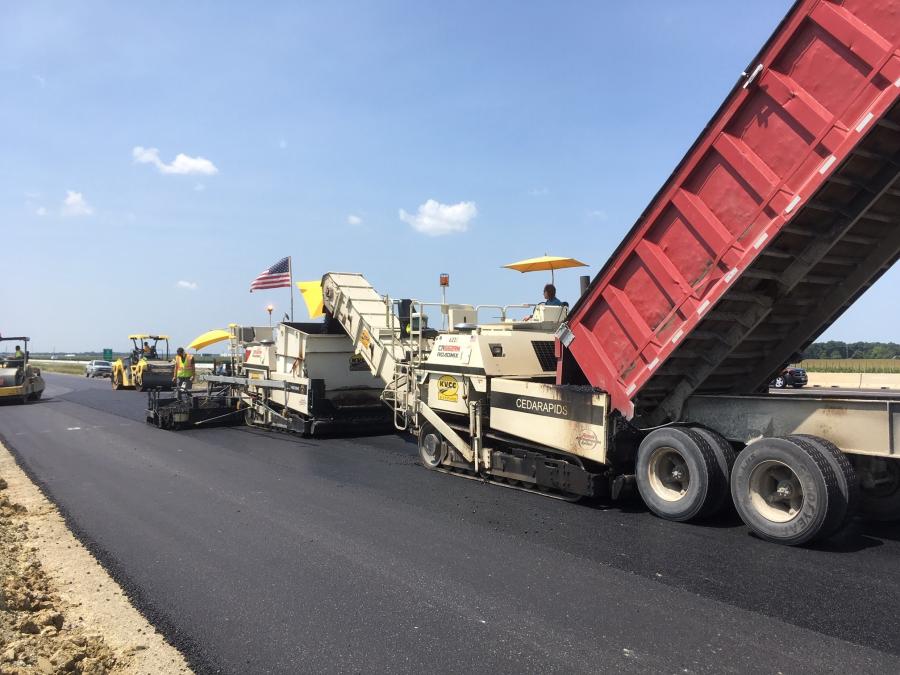 "The existing concrete pavement had severe cracking," said Dave Riordan, vice president of construction, Kankakee Valley Construction. "It had been patched and overlaid previously and was unrepairable."

The rubblization process was well suited for this older piece of highway. "The concrete broke easily into smaller pieces as it should," Riordan said. "Paving on top of the shattered pieces was softer than I expected at first, but later lifts of asphalt proved easy enough resulting in smooth pavement."

The asphalt was produced at Kankakee plants just 10 mi. away, ensuring a quick delivery so that there was no delay required while producing an 11-in. thick road over the rubblized concrete.

Antigo Construction performed the rubblization with a multi-head pavement breaker on all three projects. CEG