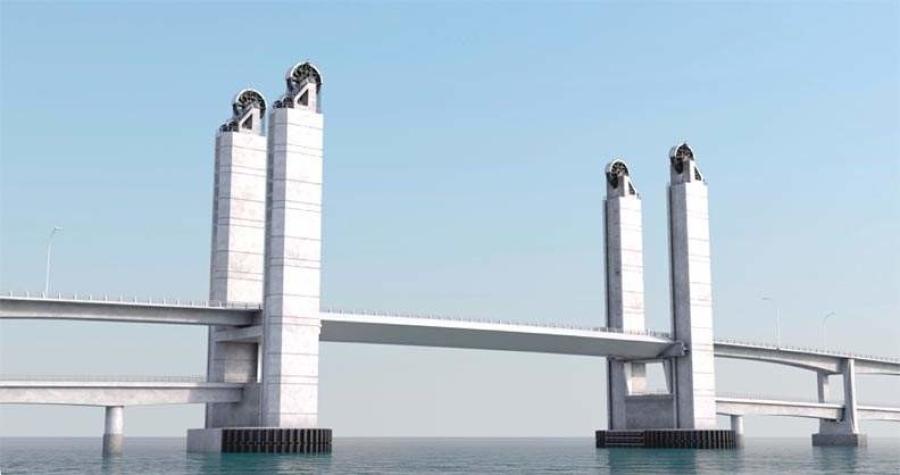 During the week of Feb. 5, Maine DOT officials said the bridge's opening, which was initially slated for Sept. 1 before seeing multiple delays, would be delayed yet again until May 2018.

Transportation officials in Maine recently squashed a series of rumors that the delayed opening of the Sarah Mildred Long Bridge is due to serious mechanical issues. According to a statement released Feb. 9, the bridge does not, in fact, have anything wrong with it, the Bangor Daily News reported.

During the week of Feb. 5, Maine DOT officials said the bridge's opening, which was initially slated for Sept. 1 before seeing multiple delays, would be delayed yet again until May 2018. The delay is due to contractor Cianbro's newly updated construction schedule, not because the bridge itself is faulty, the Bangor Daily News reported.

“The Maine and New Hampshire Departments of Transportation are aware of the rumors circulating about why the new Sarah Mildred Long Bridge hasn't opened and speculation that there is something wrong regarding safety or mechanical issues,” said Maine DOT in a statement. “The fact is the bridge is operational and safe.

“Most of the outstanding work items are routine, and much of the remaining work is either aesthetic or weather-dependent including weatherproofing, paint touch up, and pointing and patching of concrete. Maine and New Hampshire are now evaluating all options for opening the bridge sooner than what is indicated on Cianbro's most recent schedule.”

Maine DOT spokesman Ted Talbot said that both Maine and New Hampshire “share the public's frustration with Cianbro's schedule,” the Bangor Daily News reported. As per the contract, the construction company will incur a penalty of $1,000 per day for each day that the bridge remains closed to vehicles after the initial Sept. 1, 2017 deadline. Regardless, Talbot said before that there had not been any discussions between Maine DOT and Cianbro regarding the penalties.

The deadline to finish the project in full, including removing the construction trestle by the bridge, installing railroad tracks and landscaping on either side of the structure, currently sits at June 1, 2018. If the project is not complete by then, Cianbro will face more penalties, as per the contract, the Bangor Daily News reported.