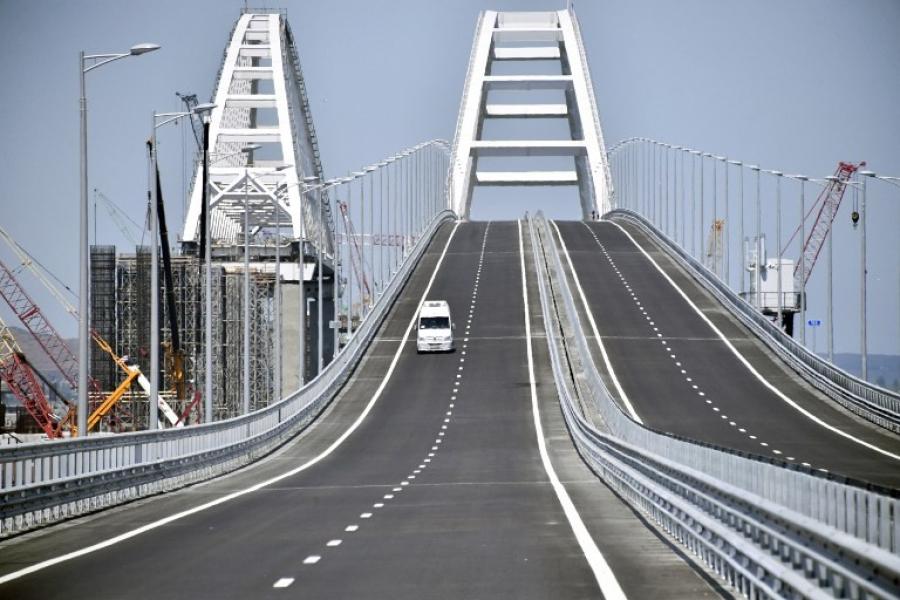 The car portion of the Kerch Strait Bridge, which holds the title of Europe's Longest Bridge, was completed six months ahead of schedule, New Hampshire Public Radio reported.

“A miracle has come true,” said Russian President Vladimir Putin as he inaugurated a 12-mile bridge May 15, that now connects Crimea with Russia.

The inauguration ceremony was led by Putin driving a Kamaz truck, which led a string of dump trucks, cranes and more equipment across the bridge into Kerch, Crimea, TASS reported.

The car portion of the Kerch Strait Bridge, which holds the title of Europe's Longest Bridge, was completed six months ahead of schedule, New Hampshire Public Radio reported. The four-lane bridge will eventually support up to 40,000 cars per day, and is expected to help cut the costs of goods in Crimea, which have doubled since Russia's takeover of the area in 2014. Putin said he had hopes that opening the bridge in time for the summer season would help to encourage much-needed tourism in Crimea.

The bridge will be open to heavy trucks in fall 2018, and its railroad portion is expected to be ready by 2019.

According to a report by NPR, the bridge, which cost $7.5 billion to build, has had some issues.

“Engineer Goergy Rosnovsky says the bridge is badly needed, but it's being built in the wrong place and the wrong way. He has designed other bridges and says this one could be vulnerable to earthquakes and mud volcanoes on the sea floor,” NPR reported.

The bridge is a symbol of Putin's “reunification” efforts with the region, New Hampshire Public Radio reported.