Shifting money around between two seemingly disparate entities in Pennsylvania has caused not only some consternation among residents and lawmakers, but also a funding problem for the Commonwealth' 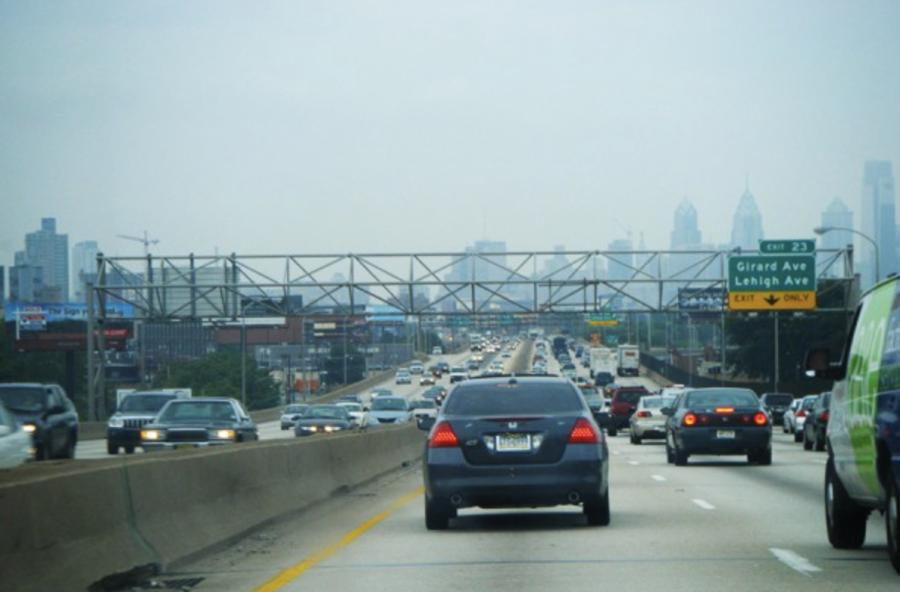 Money from Pennsylvania's Motor License Fund that includes taxes on fuel, license and registration fees, which is supposed to be earmarked for use on highway and bridge construction projects also was being used to subsidize the Pennsylvania State Police (PSP). photo credit: Grace Shallow via Spirit News.

Shifting money around between two seemingly disparate entities in Pennsylvania has caused not only some consternation among residents and lawmakers, but also a funding problem for the Commonwealth's aging infrastructure.

The trouble started in March 2016 when the Associated Press reported on Pennsylvania's municipalities having an option to rely on the state police for some or all of their protection at no additional cost. Half of Pennsylvania's 2,561 municipalities — in some cases entire counties — take advantage of this option.

As a result, money from Pennsylvania's Motor License Fund that includes taxes on fuel, license and registration fees, which is supposed to be earmarked for use on highway and bridge construction projects also was being used to subsidize the Pennsylvania State Police (PSP). This practice also called into question whether or not it was even constitutional to do so, even though money for the fund already was being budgeted to cover state police expenses.

Section 11 of Pennsylvania's Constitution states that fuel taxes, vehicle registration and license fees be used “solely for construction, reconstruction, maintenance and repair of and safety on public highways and bridges” and “shall not be diverted by transfer or otherwise to any other purpose.”

The Pennsylvania House of Representatives responded to this issue by asking the Legislative Budget and Finance Committee (LB&FC) to review this practice. Specifically, the house wanted to find out how much money was actually being spent for state police work involving “safety on public highways and bridges” versus how much was budgeted for that work.

The committee recently concluded its study and found that for fiscal year 2015-16, the calculated cost for actual state police work on road and bridge safety was $532.8 million, far less than the $755 million allocated in the budget. This amounted to an overfunding by $222.2 million — enough, the report stated, “to resurface 1,111 lane miles of roadway or design, replace and maintain 138 bridges for the next 25 years.”

• “safety on public highways and bridges” is not clearly defined by the Constitution;

• the “appropriate and justifiable” amount calculates how much time troopers (excluding the Turnpike's Trooper T unit) spend on highway safety and transfers that amount of time into the cost of a full-time trooper; and

• overall PSP expenditures have increased, but the ratio of expenses to overall spending have remained relatively stable over the past five years.

In January 2017, Pennsylvanians saw an 8-cent per gallon increase in the state gas tax, bringing the total state tax paid per gallon to 52.8 cents. State and federal taxes on a gallon of gas in Pennsylvania now total 29.5 percent — the highest in the United States.

This increase stems from the 2013 Act 89 Funding Plan, a comprehensive piece of state transportation legislation to generate money for roads and bridge projects. It was based on recommendations to modernize the transportation financing structure to generate more than $2 billion from motorist fees and taxes over 10 years.

According to PennDOT's website, “The program is possible due to legislative action in 2016 that caps the expenditures from the Motor License Fund going toward the State Police budget beginning with the 2018-19 budget and concluding with the 2027-28 budget.”

According to the American Road & Transportation Builders Association's (ARTBA) 2016 Annual Bridge Report, Pennsylvania ranks second in the country for 2016 for the number of structurally deficient bridges — the same as in 2015 and an improvement from the Commonwealth's number one ranking in the years 2014 and 2013.

According to the Federal Highway Administration (FWHA), a bridge is classified as structurally deficient if the condition rating for the deck, superstructure, substructure or culvert and retaining walls is rated 4 (poor) or below, or if the bridge receives an appraisal rating of 2 or less for structural condition or waterway adequacy. Elements are rated on a scale of 0 (failed) to 9 (excellent).

Pennsylvania is home to 22,791 bridges, of which 4,506 (20 percent) are in poor or worse condition, many of which are heavily traveled. Bridges that are classified as functionally obsolete number 4,206.

ARTBA reported Pennsylvania used federal money for capital improvements on 3,296 bridges totaling $7.5 billion between 2005 and 2014 and the state has estimated it needs $12 million to repair another 11,991 bridges it identifies as needing repair.

The ARTBA report lists the 25 most-traveled, structurally-deficient bridges in Pennsylvania. Of those 25, 16 are in the city limits of Philadelphia, including:

Meanwhile, Pennsylvania Gov. Tom Wolf (D) has proposed that municipalities pay for PSP coverage in their area. His plan calls for a $25-per-resident fee, which would generate $63 million for the state police, a fraction of the projected $1.3 billion for the PSP in the coming fiscal year.

This would be a bargain, given that residents in places that have their own local police force pay 10 times that amount (or more), according to the Associated Press.

There could be problems with this proposal, as there have been in the past, when other officials suggested similar fees.

Many small towns have done away with their local police force simply because they can't afford it. Larger towns trying to trim budgets also may not have the funds to contribute without raising taxes.

(a) All proceeds from gasoline and other motor fuel excise taxes, motor vehicle registration fees and license taxes, operators' license fees and other excise taxes imposed on products used in motor transportation after providing therefrom for (a) cost of administration and collection, (b) payment of obligations incurred in the construction and reconstruction of public highways and bridges shall be appropriated by the General Assembly to agencies of the State or political subdivisions thereof; and used solely for construction, reconstruction, maintenance and repair of and safety on public highways and bridges and costs and expenses incident thereto, and for the payment of obligations incurred for such purposes, and shall not be diverted by transfer or otherwise to any other purpose, except that loans may be made by the State from the proceeds of such taxes and fees for a single period not exceeding eight months, but no such loan shall be made within the period of one year from any preceding loan, and every loan made in any fiscalyear shall be repayable within one month after the beginning ofthe next fiscal year.

(b) All proceeds from aviation fuel excise taxes, after providing therefrom for the cost of administration and collection, shall be appropriated by the General Assembly to agencies of the State or political subdivisions thereof and used solely for: the purchase, construction, reconstruction, operation and maintenance of airports and other air navigation facilities; aircraft accident investigation; the operation, maintenance and other costs of aircraft owned or leased by theCommonwealth; any other purpose reasonably related to air navigation including but not limited to the reimbursement of airport property owners for property tax expenditures; and costsand expenses incident thereto and for the payment of obligations incurred for such purposes, and shall not be diverted by transfer or otherwise to any other purpose. (Nov. 6, 1945, P.L.1418, J.R.1; Nov. 3, 1981, P.L.603, J.R.2)

1981 Amendment. Joint Resolution No.2 amended and lettered existing provisions subsec. (a) and added subsec. (b).