Sales Auction Company's annual autumn auction was held Oct. 12, 2019, at its headquarters in Windsor Locks, Conn. With 1,300 lots of equipment, virtually any item a contractor could need was available to the highest bidder. Excavators, loaders, dozers, skid steers, trucks, trailers, aerial equipment, landscaping equipment, plus many more items too numerous to mention were up for grabs.

This incredible package of equipment attracted nearly 1,000 bidders and buyers from all over the world, including Australia, Africa, Canada, as well as every state in the United States.

Due to the continued increase in volume of items placed into the sale this year, the decision was made to run a larger volume of the smaller valued lots through a timed auction managed by Proxibid. The timed auction closed out simultaneously with the live sale of the larger pieces of construction equipment, which allowed for the completion of the sale in a timely manner. CEG 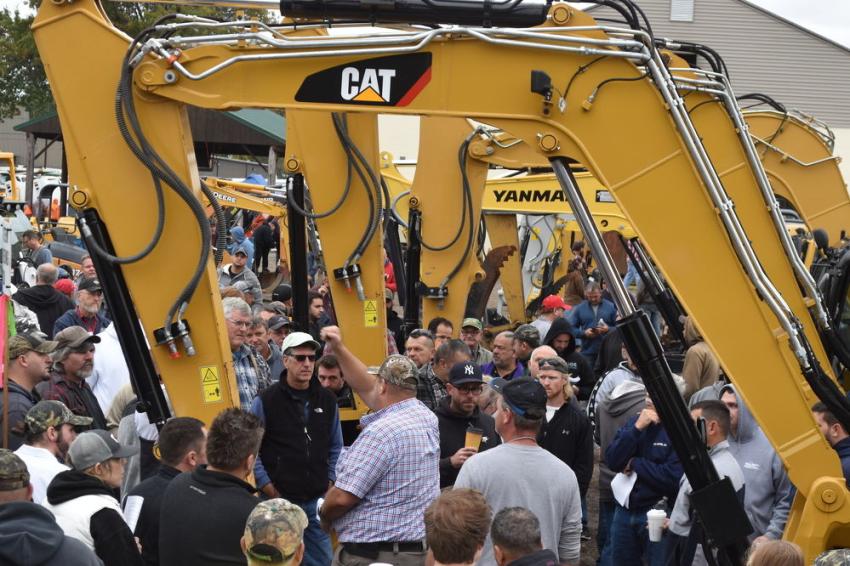 A record crowd of bidders attended this year’s sale. Each year the numbers continue to grow, with nearly one thousand registered for this sale. 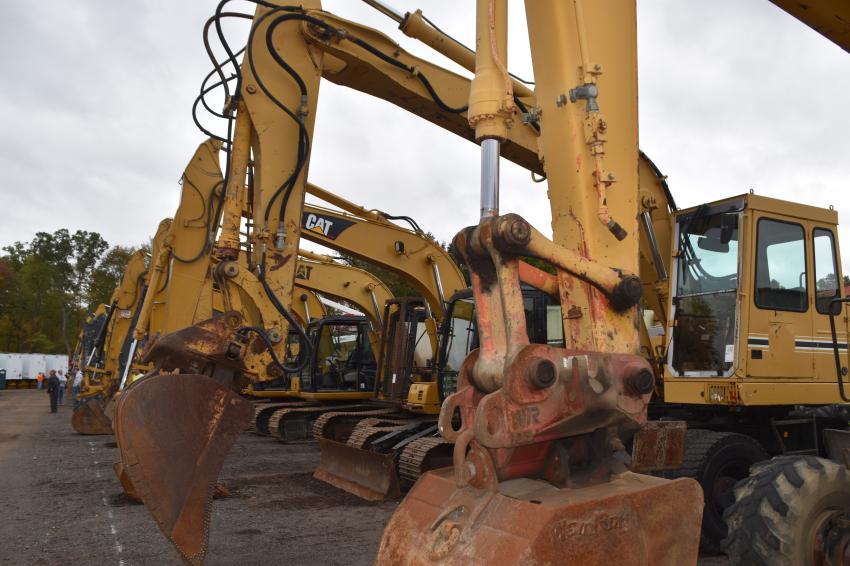 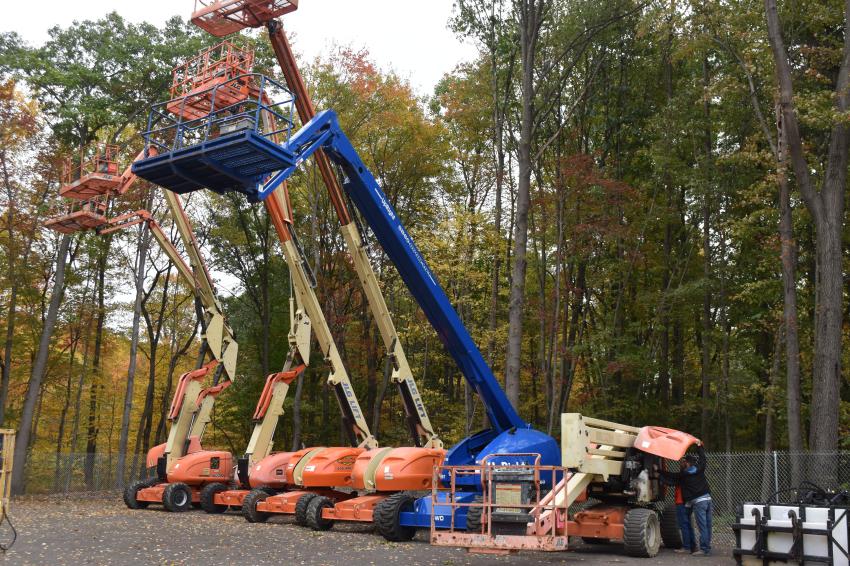 For those focused on above-ground work, a number of aerial lift machines were available on consignment. 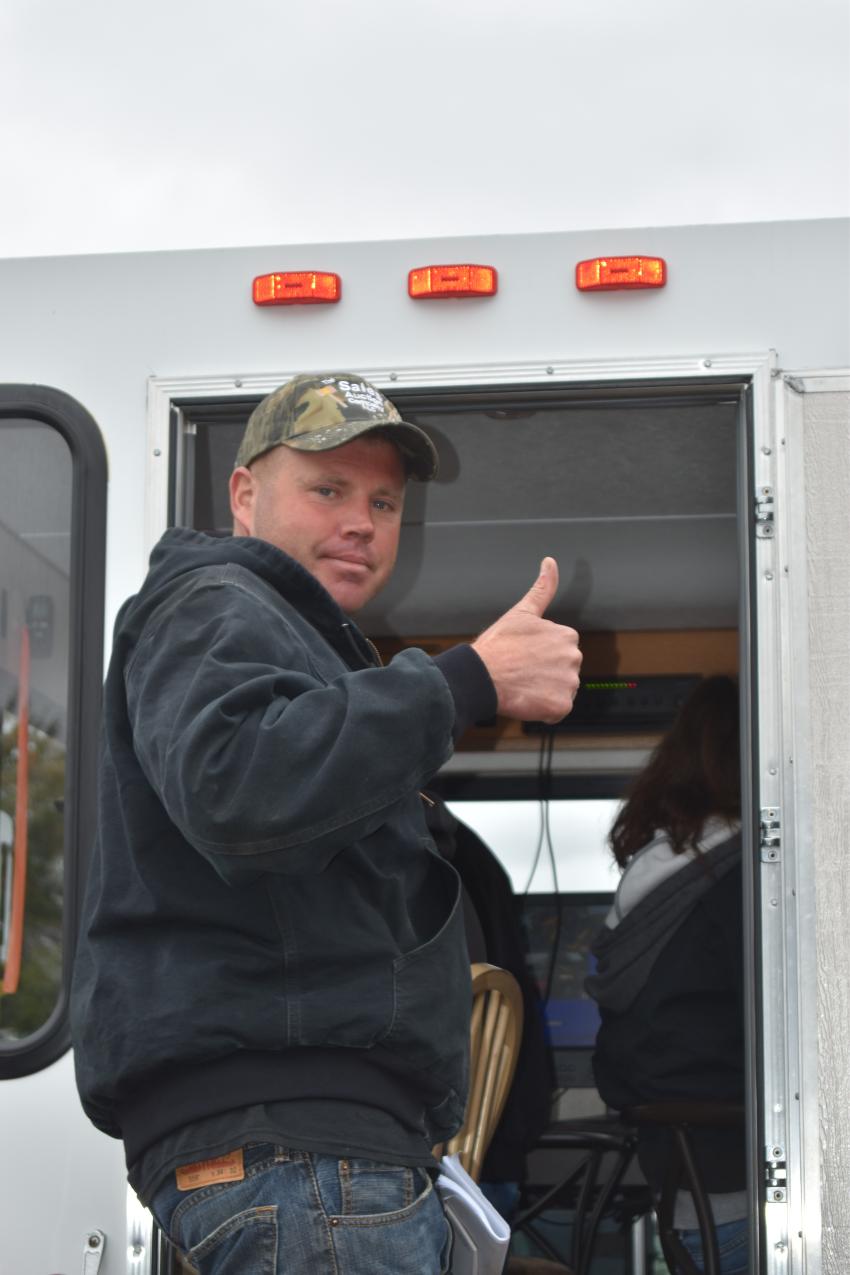 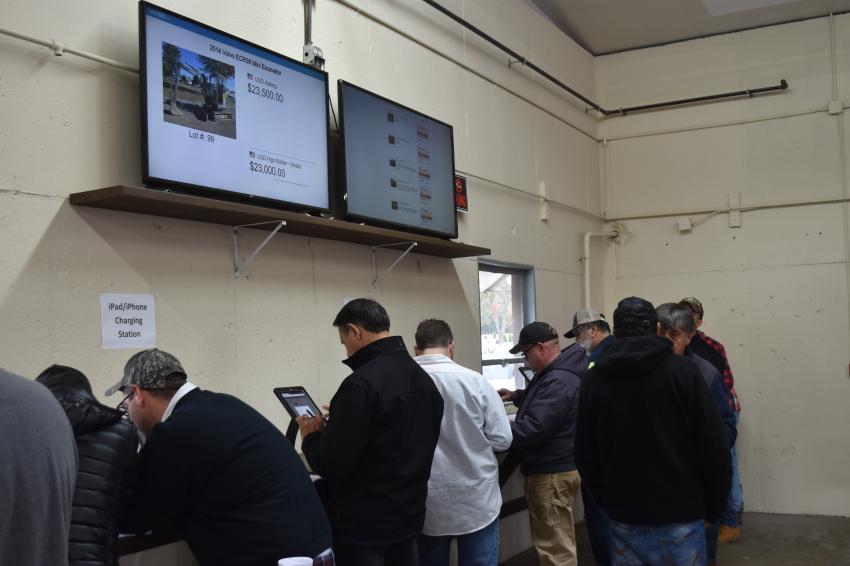 Hundreds of small items were sold via a timed auction hosted by Proxibid. Bidding opened the Tuesday preceding the sale and all items closed out during the day of the sale. 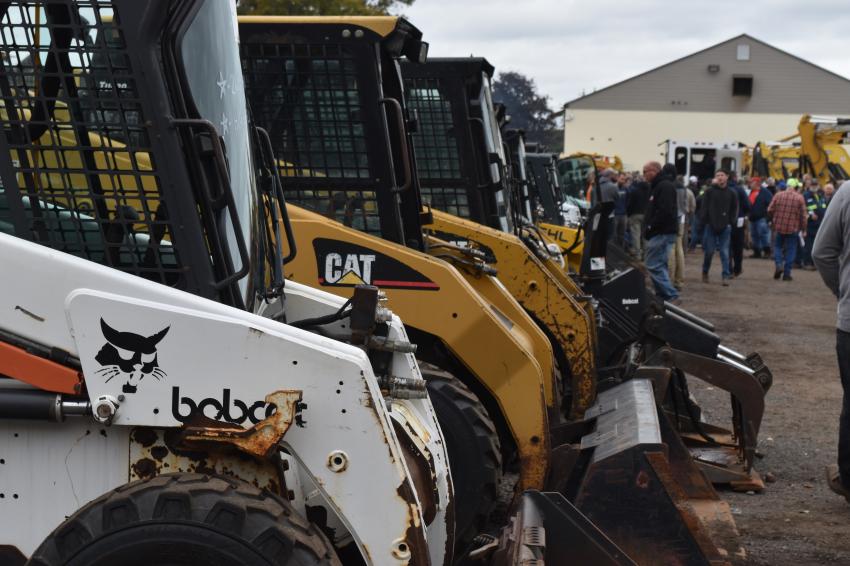 Every size, every brand, every configuration of skid steer imaginable, all ready to go to work for the highest bidder. 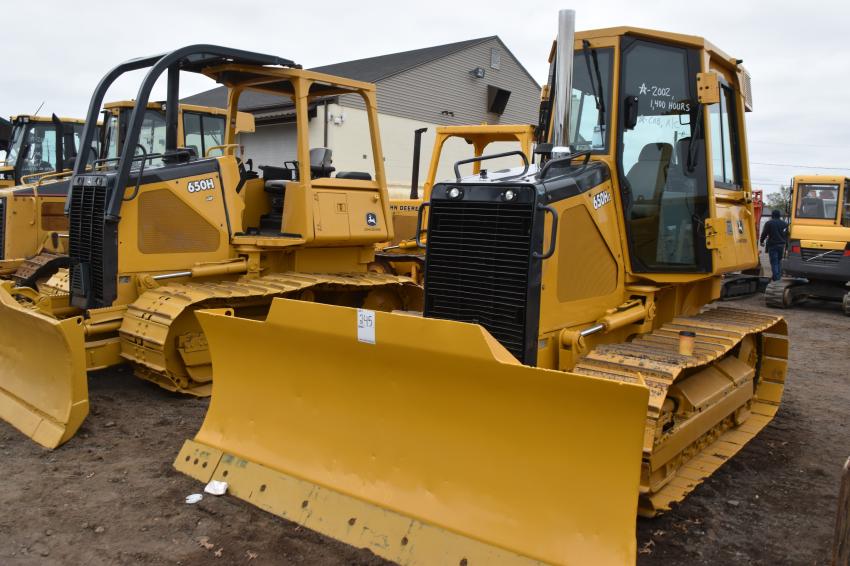 A nice pair of John Deere 650H crawlers were in fantastic condition, just waiting to go home with a lucky bidder. 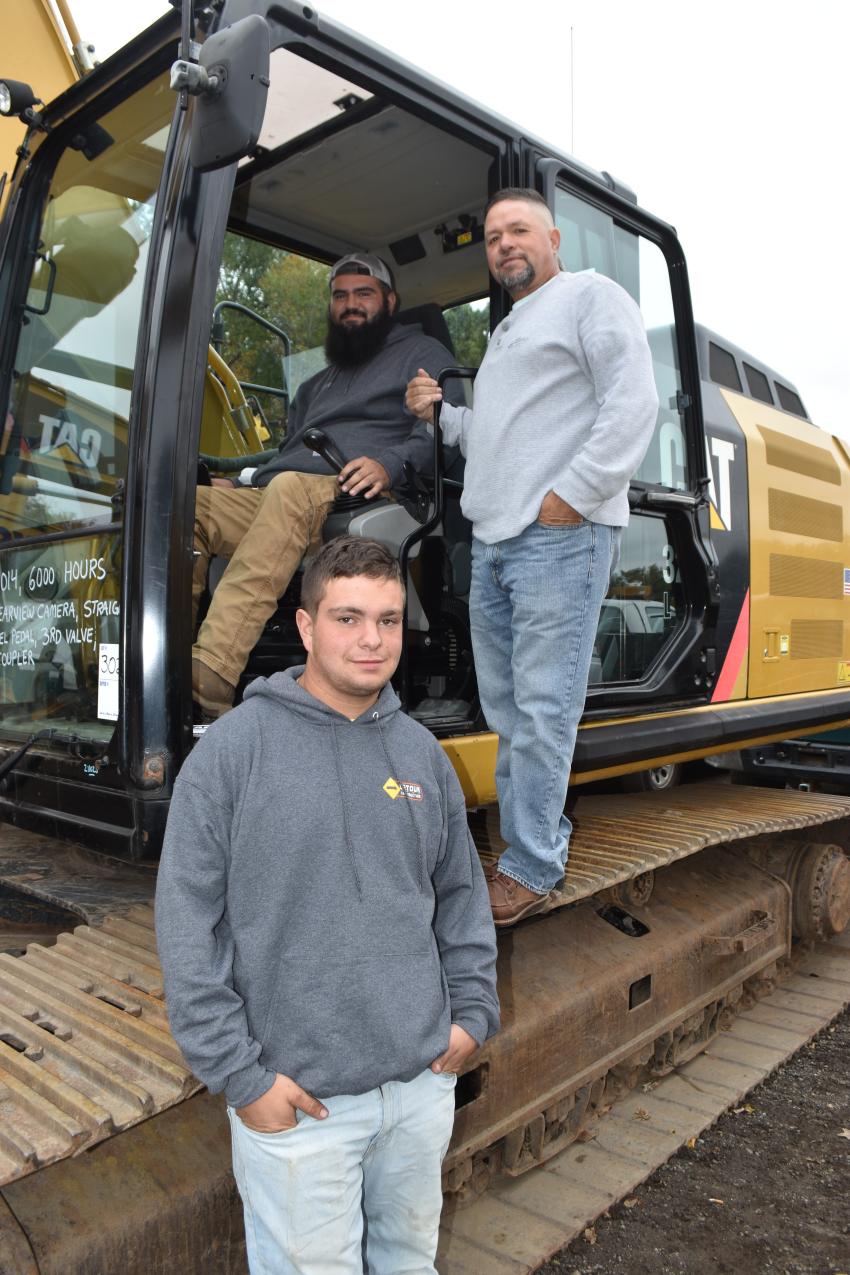 Checking out a Caterpillar 329E with S & F Construction in Weymouth, Mass., are Elson Fernandes, Louie Monteiro and Zack Silva.

Checking out a Caterpillar 329E with S & F Construction in Weymouth, Mass., are Elson Fernandes, Louie Monteiro and Zack Silva. 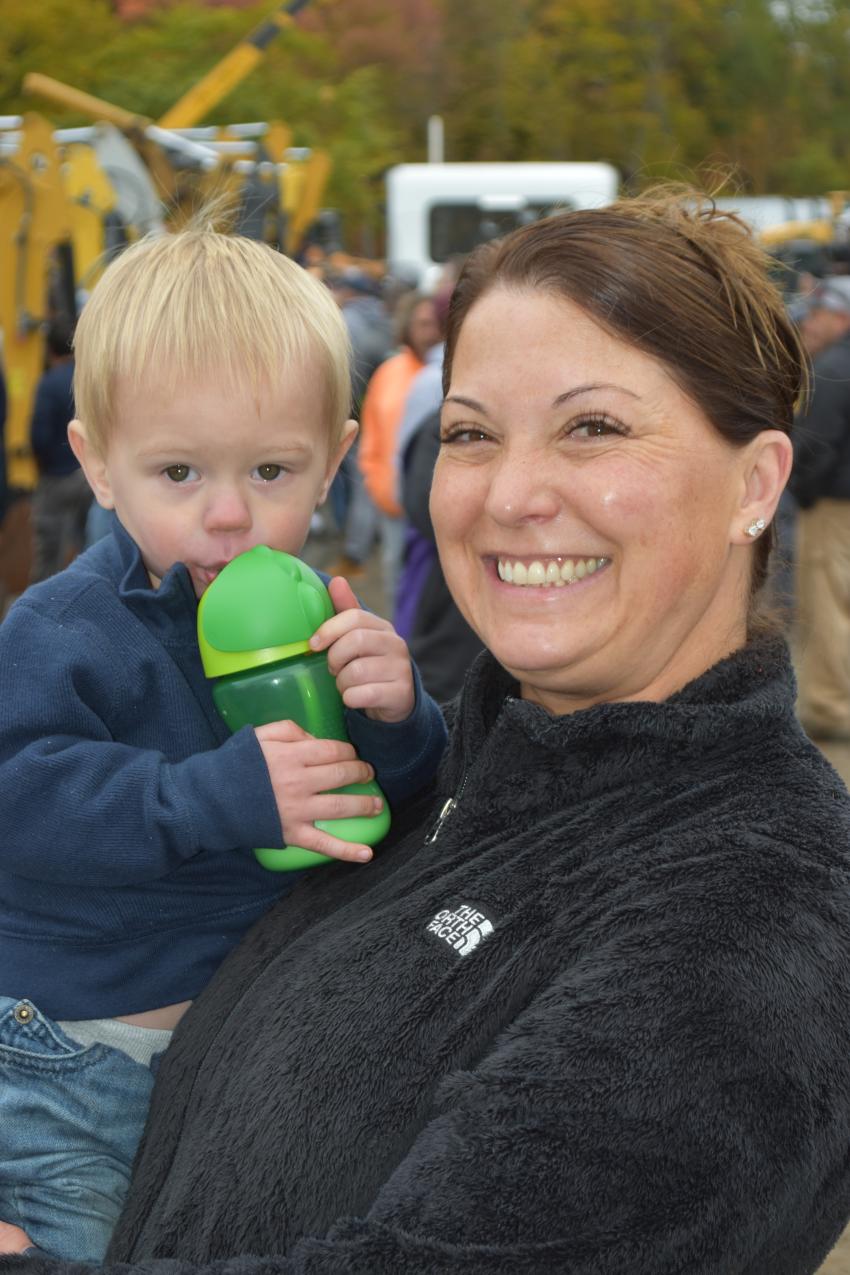 Stacy Dennis and her grandson, Mark Swiatowiec III, from Cedar Ridge Construction in Newington, Conn., are shopping for mini-excavators at the auction. 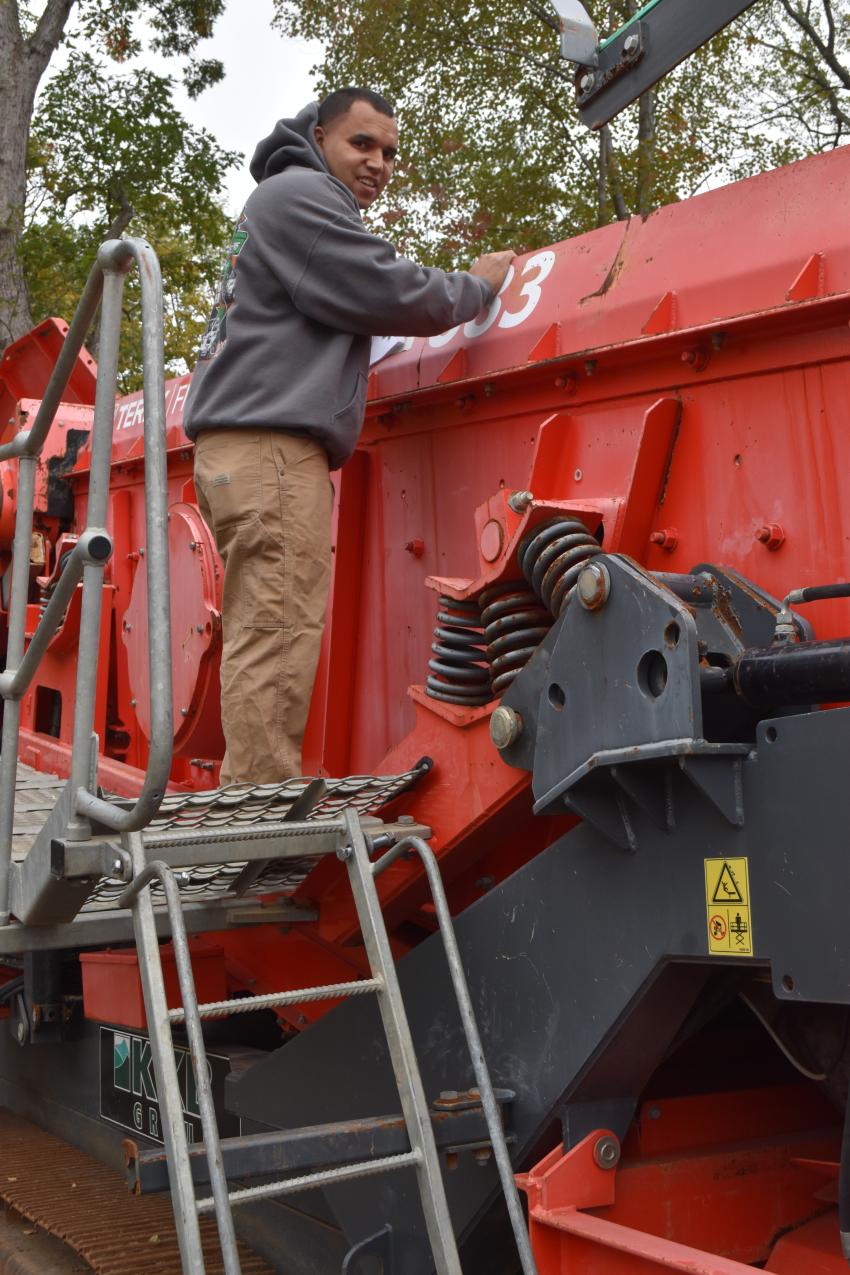 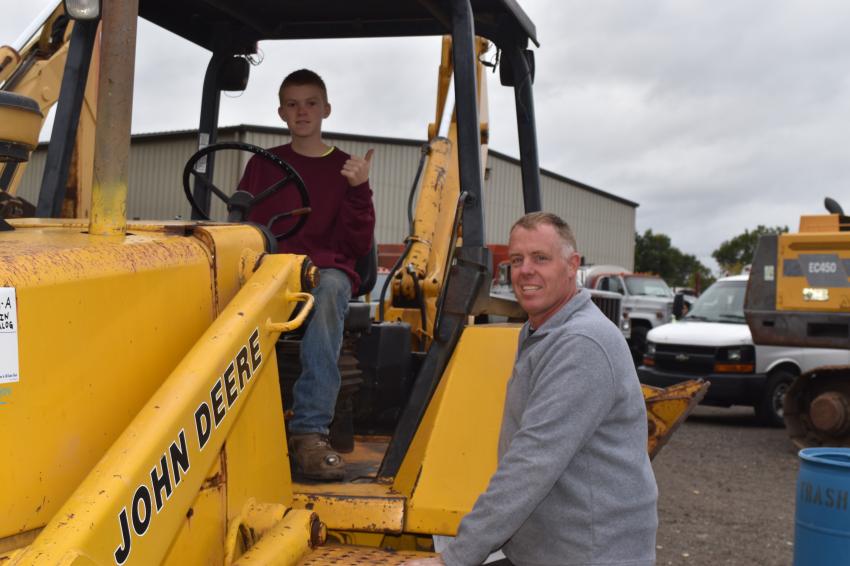 Junior operator Rylan Bell (L) gets the feel of a classic John Deere tractor loader backhoe while at the auction with his cousin Don Truskauskas, of Autumn Contracting in Arlington, Conn. 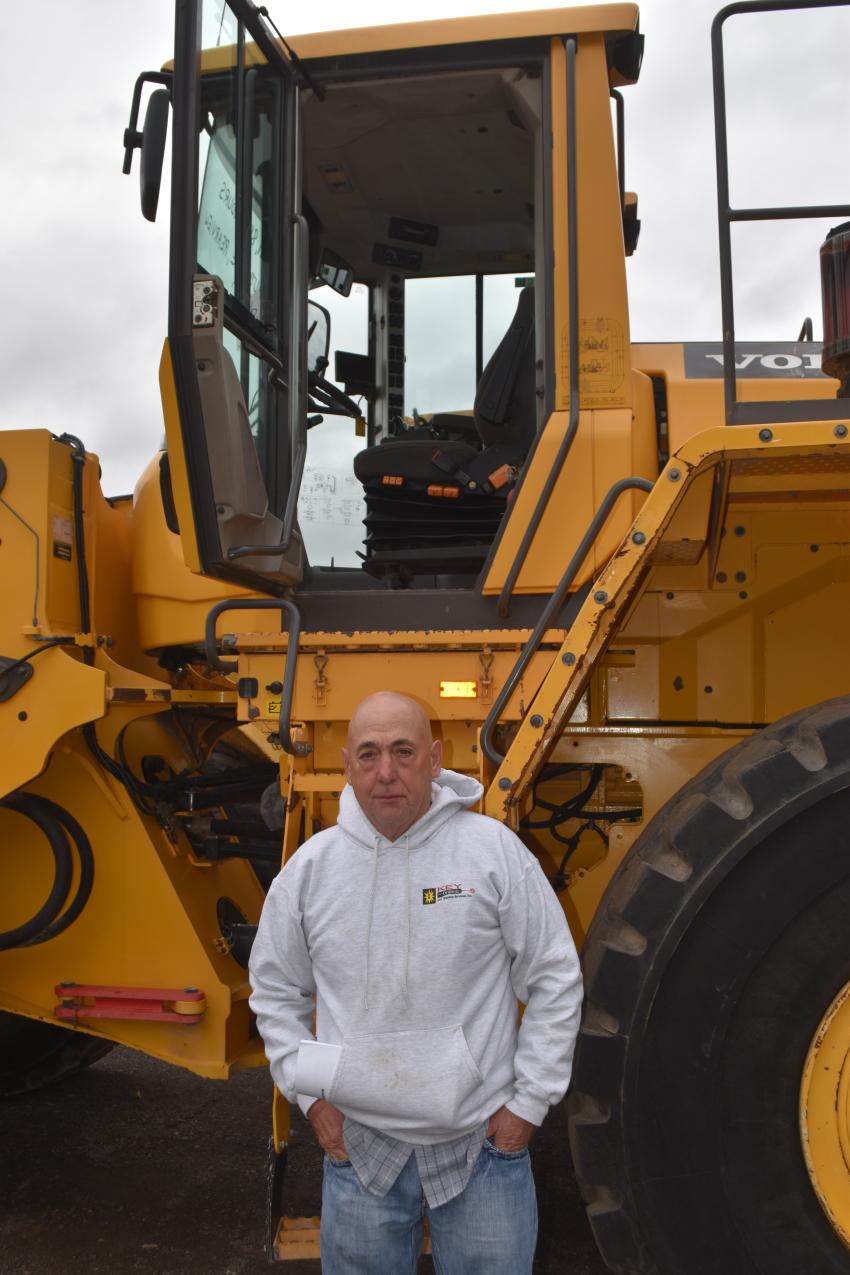 As has come to be expected, the Sales Auction autumn event had a very nice selection of loaders perfect for snow removal, including this Volvo L150G. Mike Renaud of Renaud Brothers Construction in Vernon, Vt., gives a big thumbs up after a presale inspection. 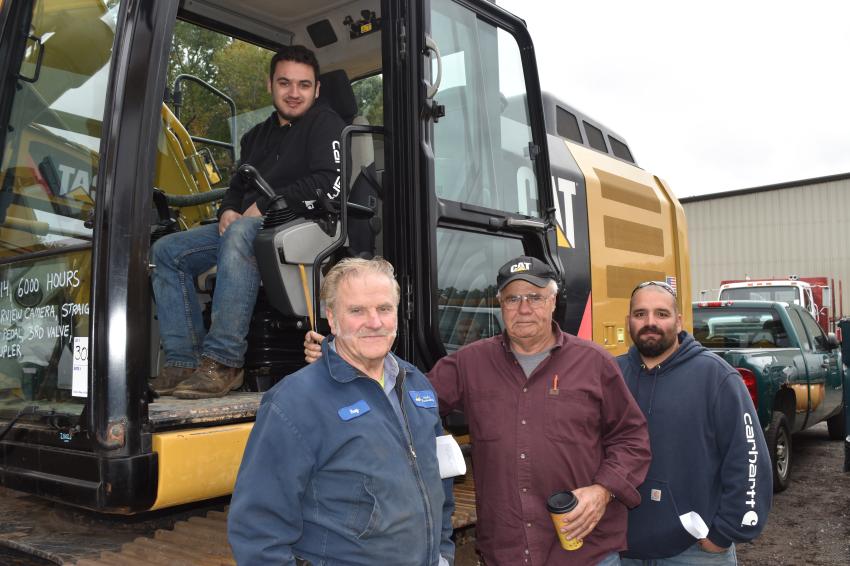 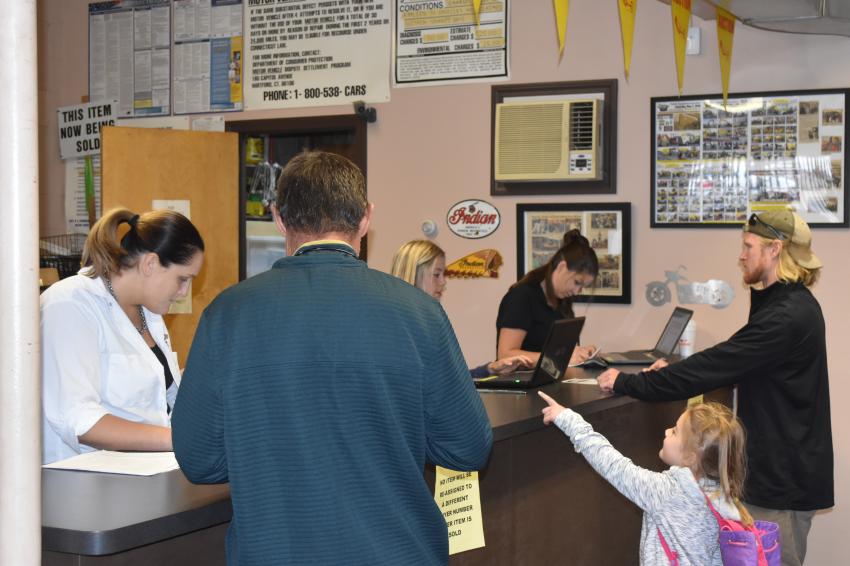 With so many available options to pre-register for the sale, including online with Proxy Bid, there is rarely any waiting for last minute registration. 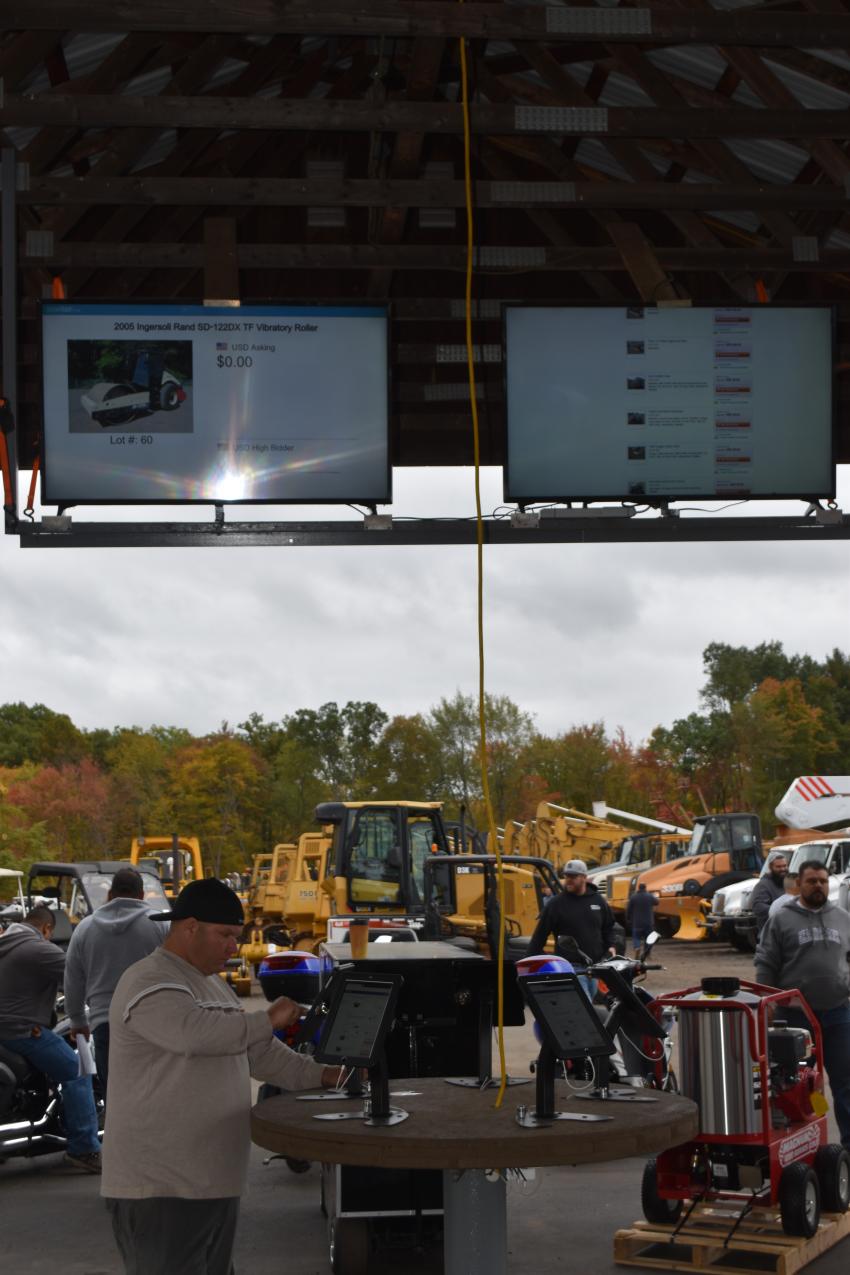 If you’re looking to grab a hot dog but don’t want to miss out on any of the auction bidding, Sales Auction Company has provided iPads and large screen monitors near the concession stand. 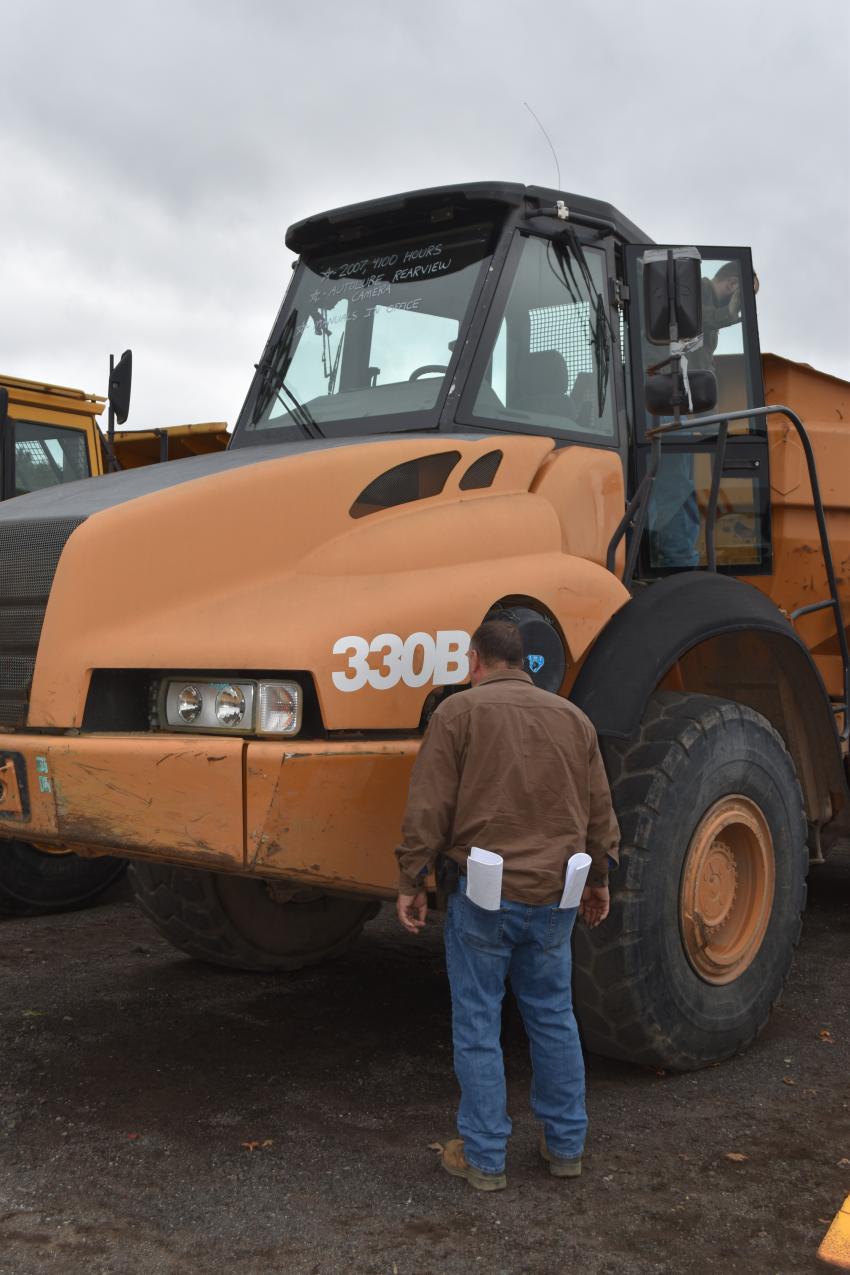 This 30-ton haul truck was just one of several articulated trucks available.