Sales Auction Company held its annual spring auction May 4 at its site in Windsor Locks, Conn.

This year's event was its largest and best-attended sale ever with more than 1,300 lots being sold, 900 registered bidders on site and just short of 1,000 online bidders via Proxibid.

In addition to the large variety of landscape equipment, construction tools and earthmoving attachments, this sale featured 100 construction trucks and vehicles, 40 excavators, 30 skid steer loaders, 25 wheel loaders, 14 crawlers, plus miscellaneous backhoe loaders, compaction equipment and many other categories of equipment. 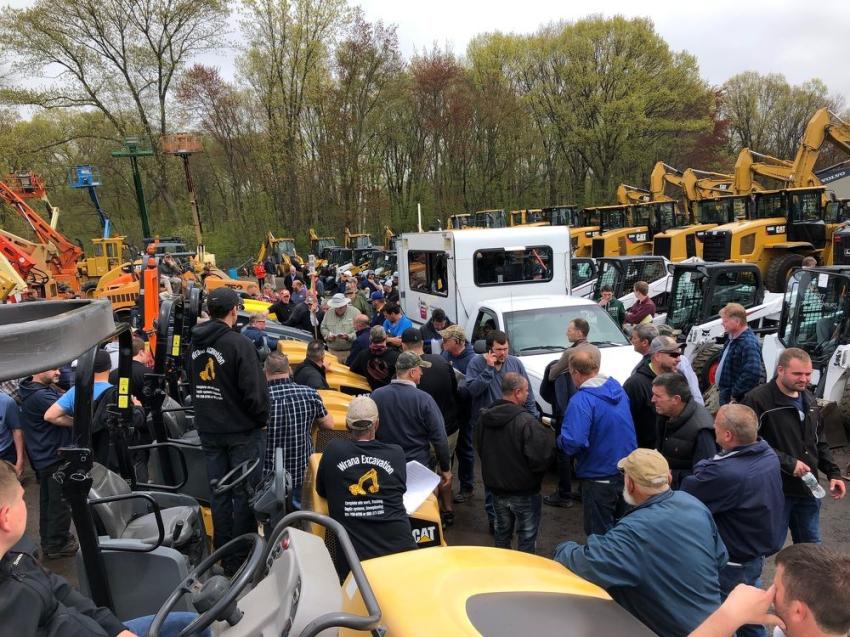 This year’s sale drew its largest crowd on record. 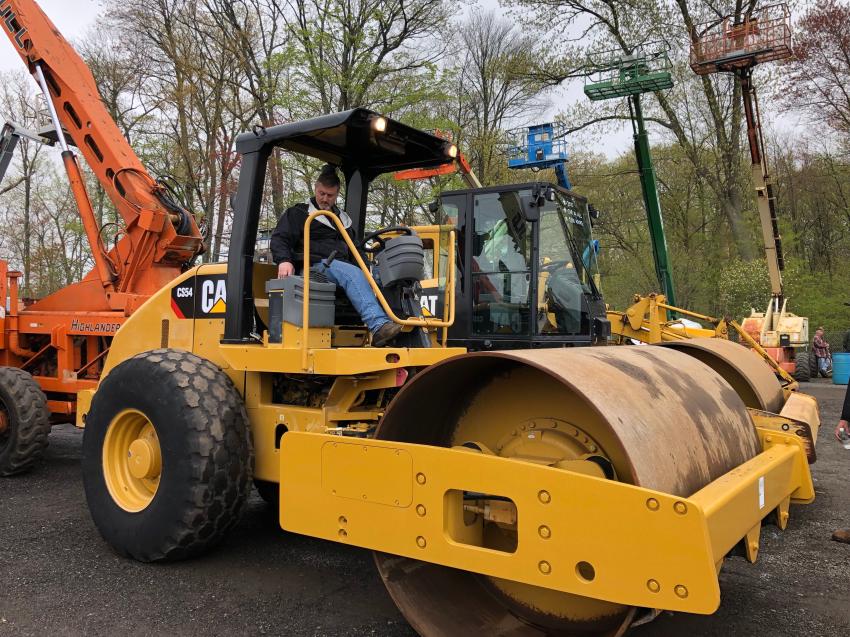 This Cat CS54 soil compactor was a standout among the vibratory rollers. Testing it out is Todd Marion of Marion Excavating in South Hadley, Mass. 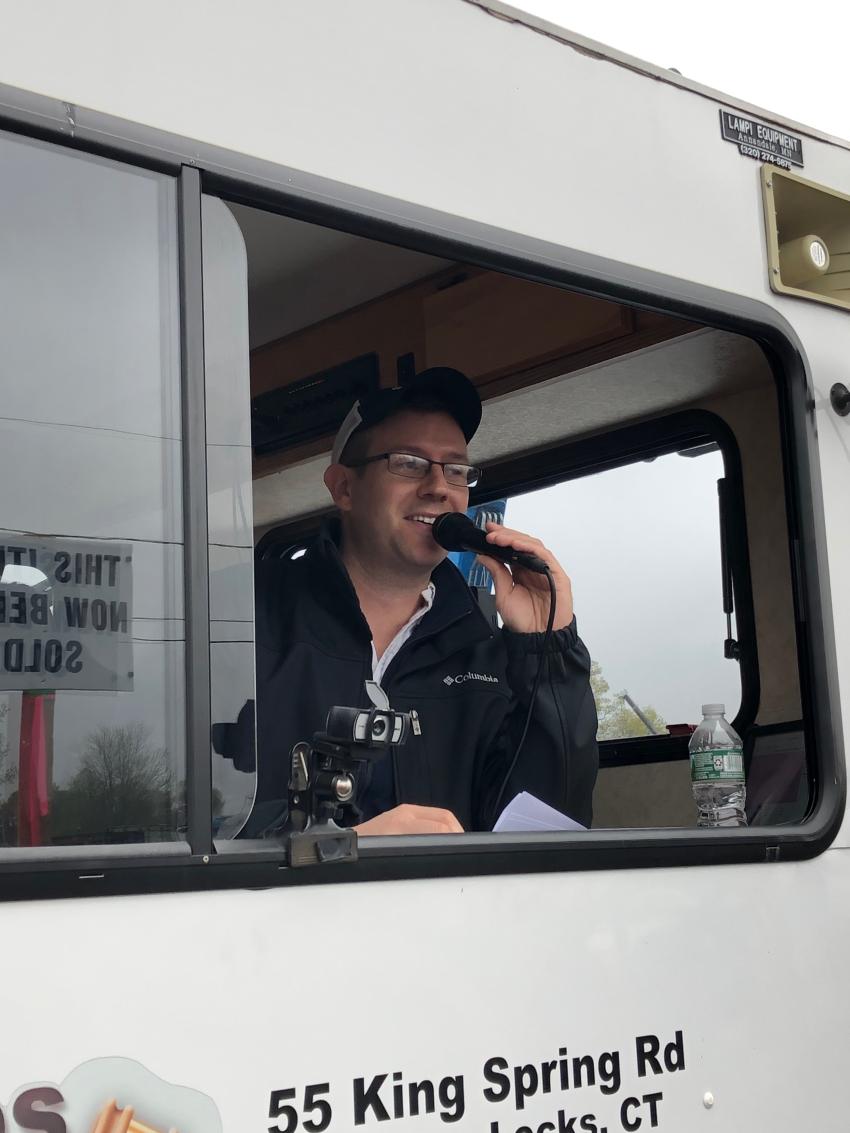 Auctioneer Matt Hostetter shared the microphone with Kevin Teets on this long day with 1,318 sale lots up for bid. 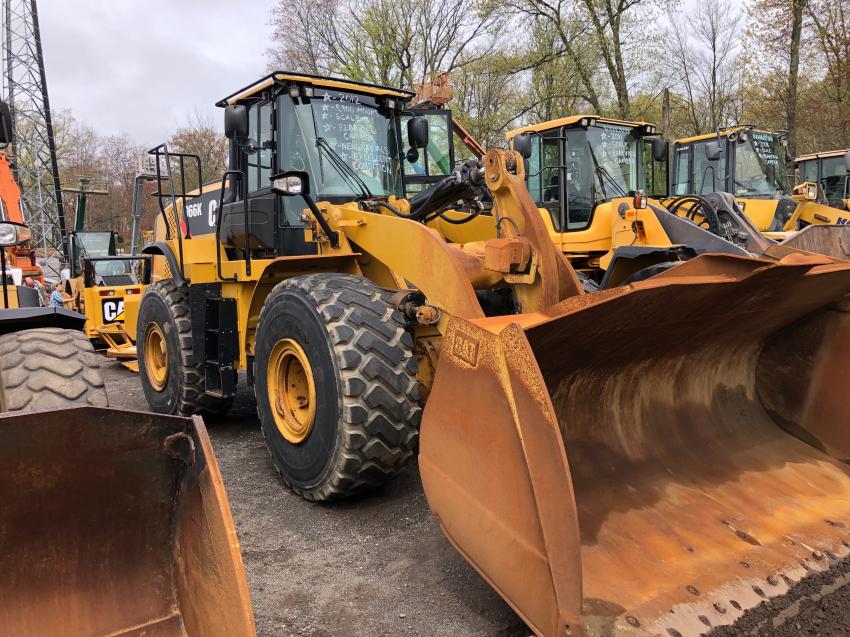 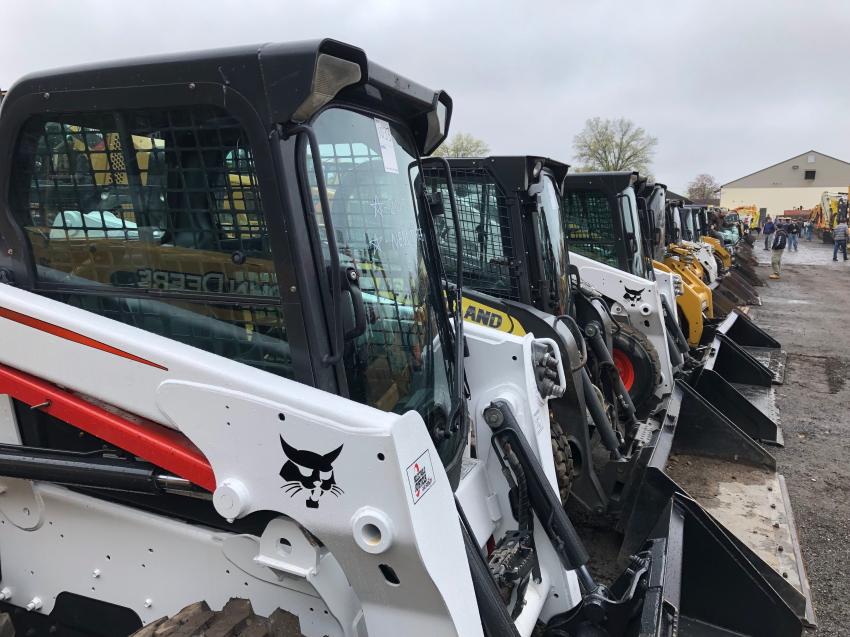 This sale featured an impressive lineup of more than 30 skid steer loaders. 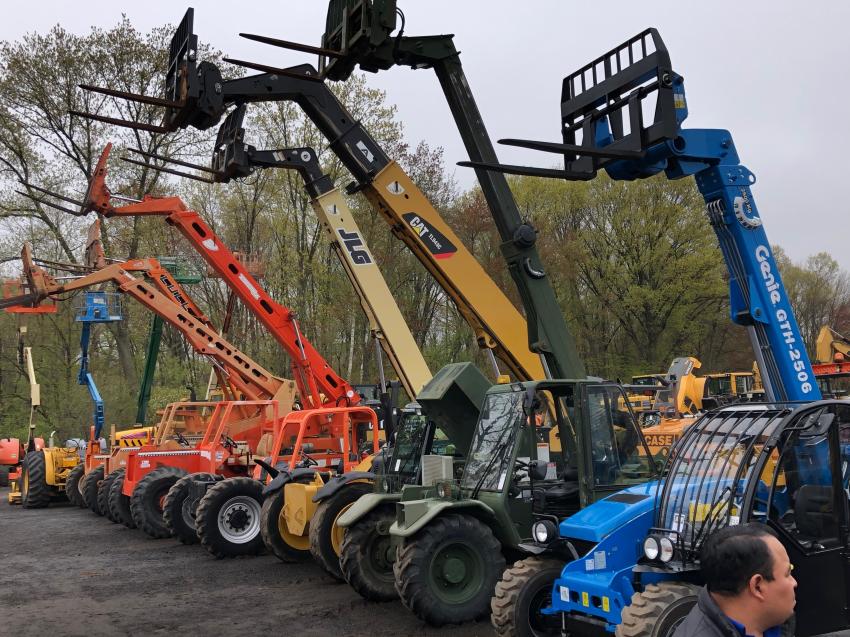 With the building demand high in the New England market, good used telehandlers are in high demand. 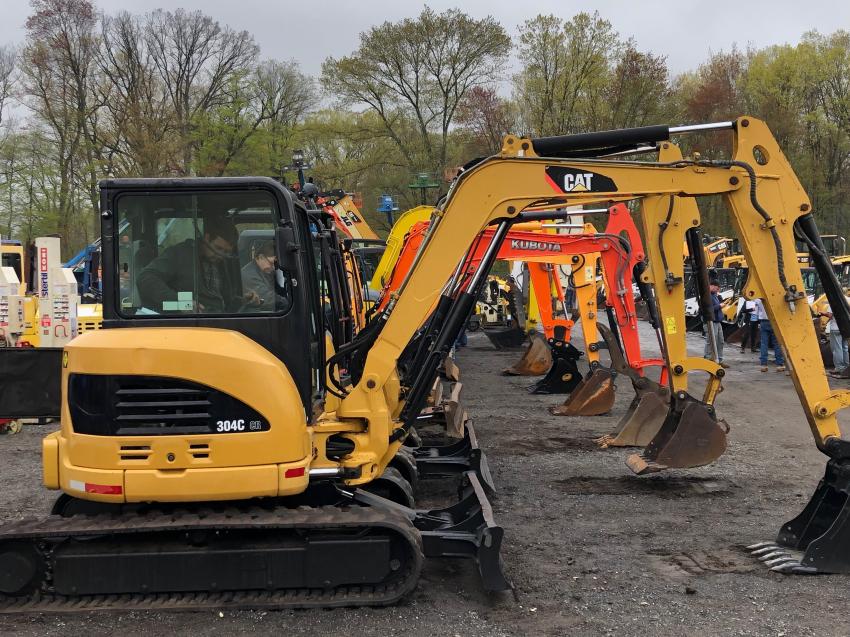 Mini-excavators of every make and color sold to the highest bidder with nearly 2,000 buyers competing. 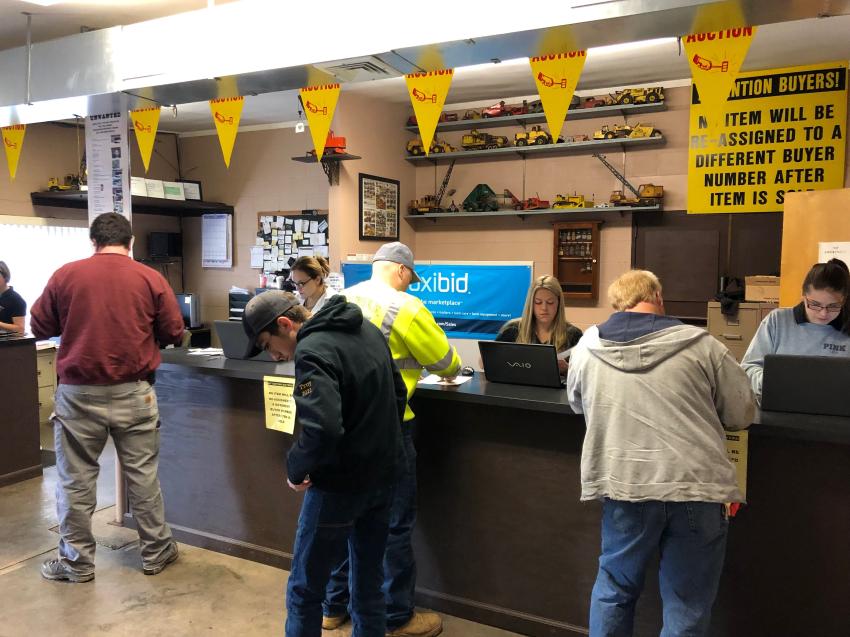 Due in part to the ease of online registration, there was never a long line for onsite customers, despite a huge turnout. 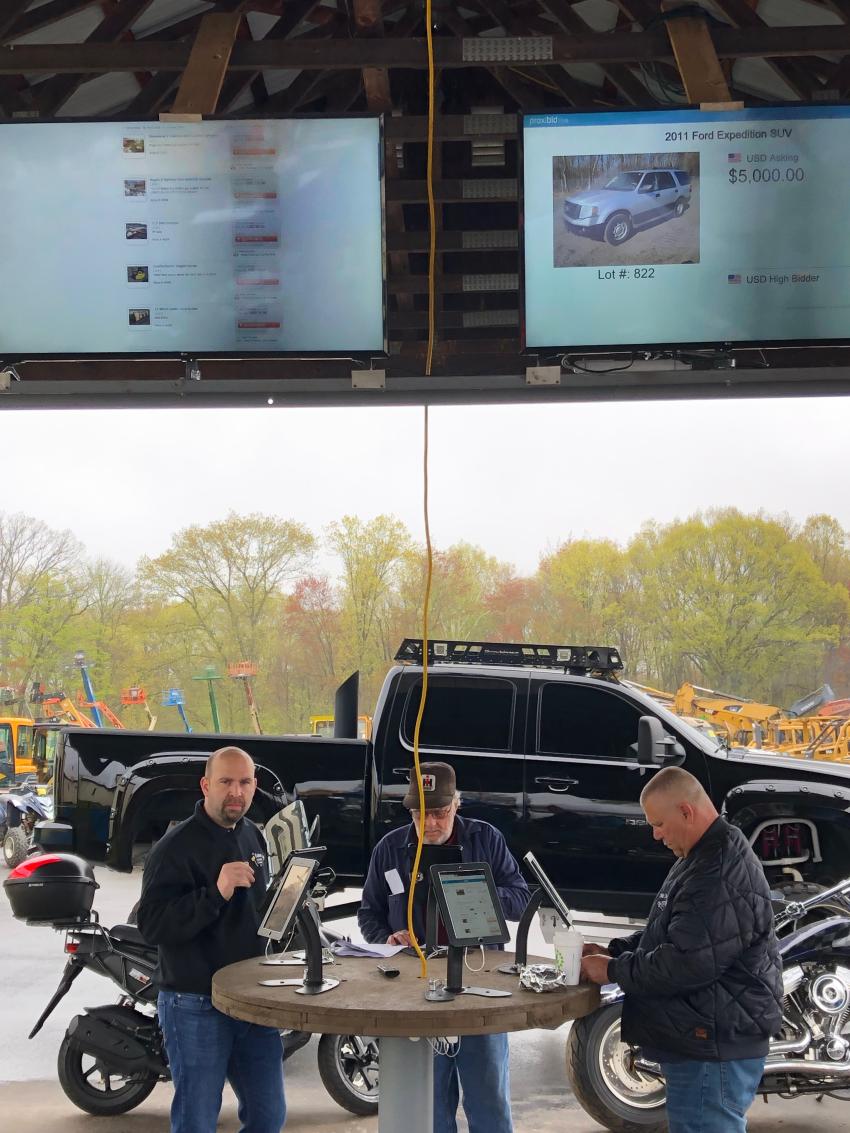 The nearly 900 registered bidders were able to conveniently register and bid as well as track sale items from tablets and monitors at strategic locations across the sale site. 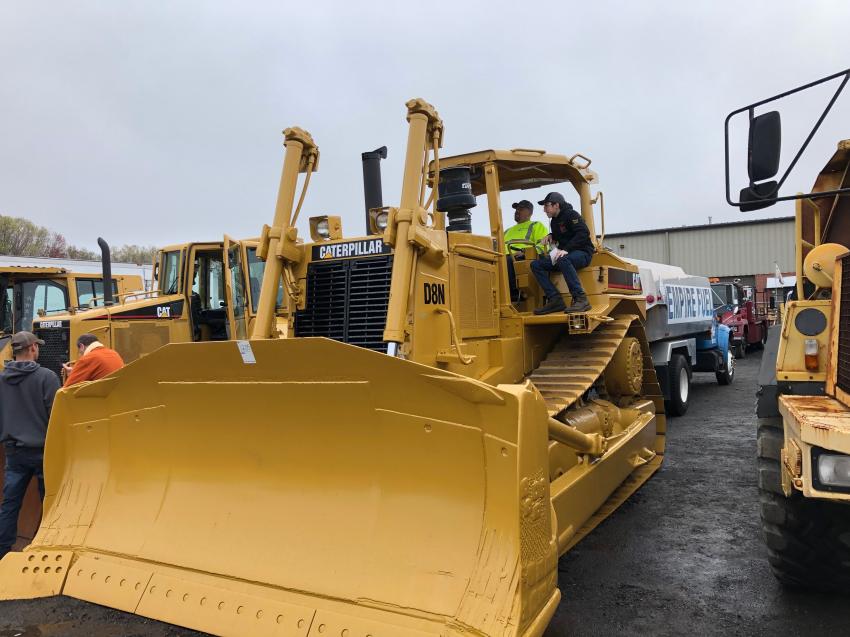 This Cat D8N was among this sale’s larger machines and, despite its age, brought $47,000. 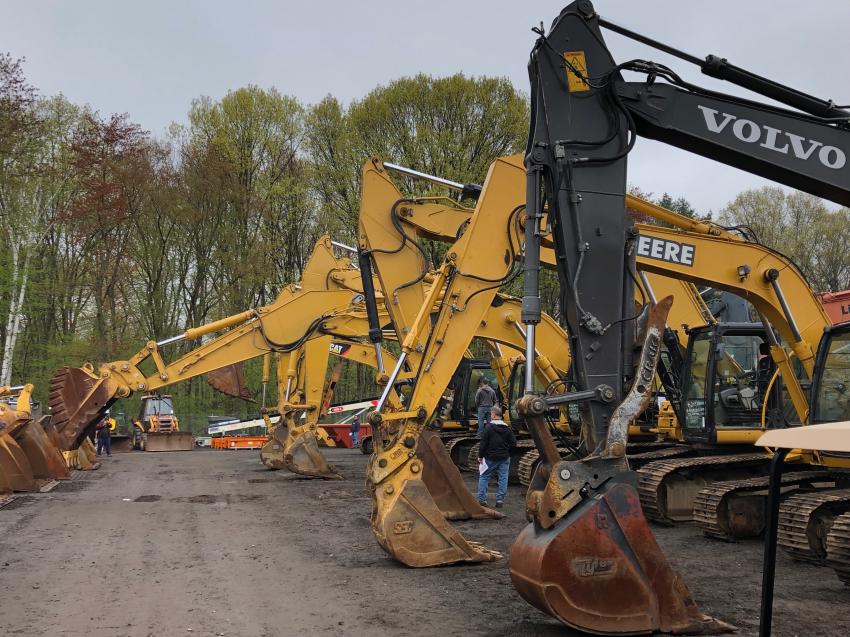 As sale time approaches, excavators are tested and inspected by buyers trying to estimate their value. 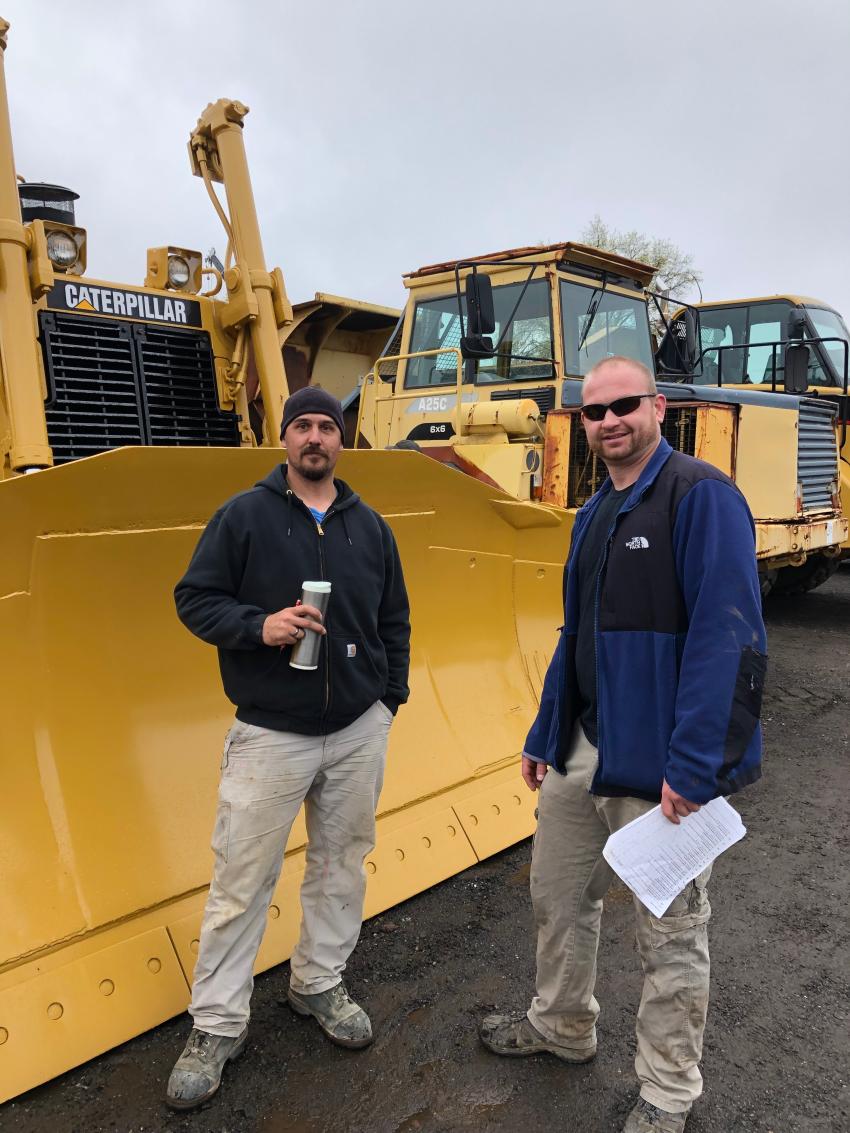 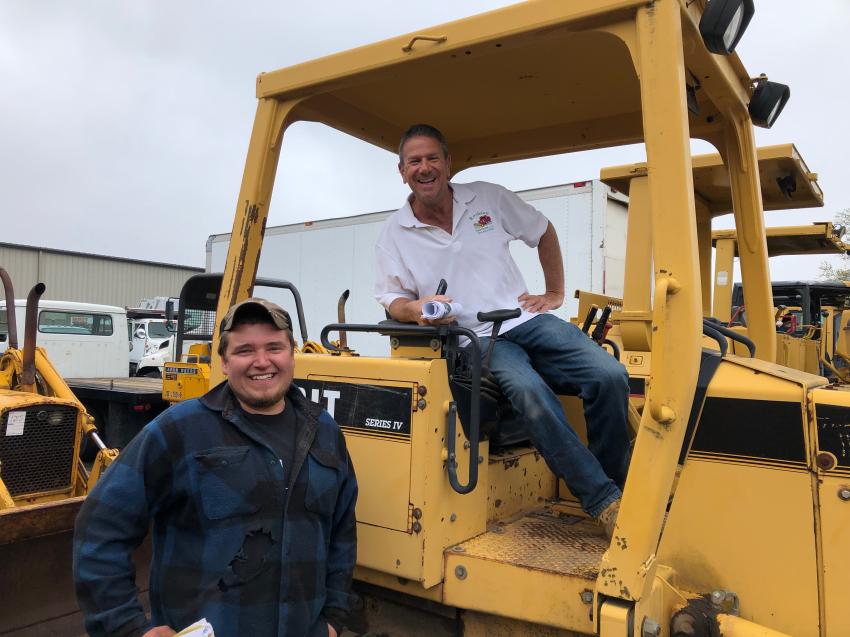 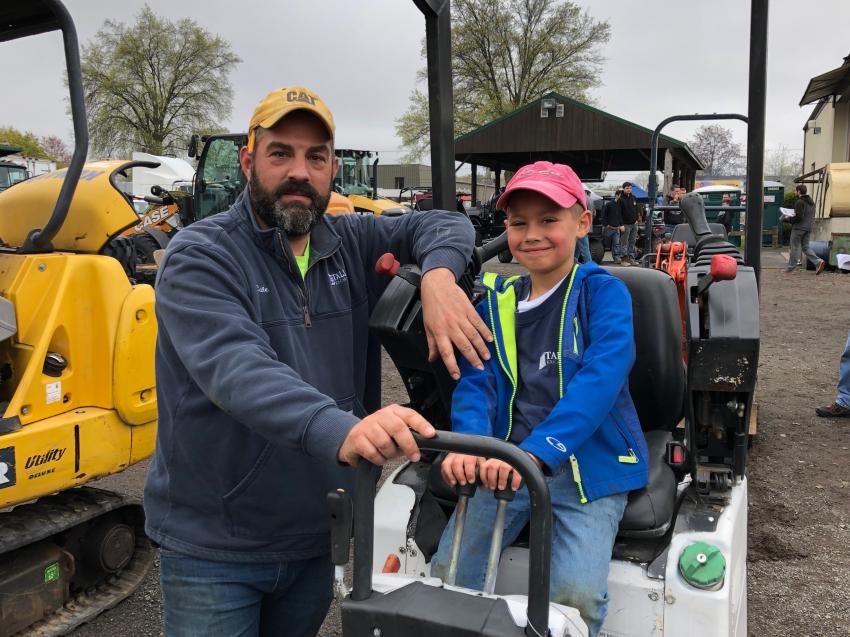 Cale Tallman of Tallman Excavation in Fairfield, Conn., enjoys watching his son, Will, get a little seat time in this Bobcat mini-excavator. 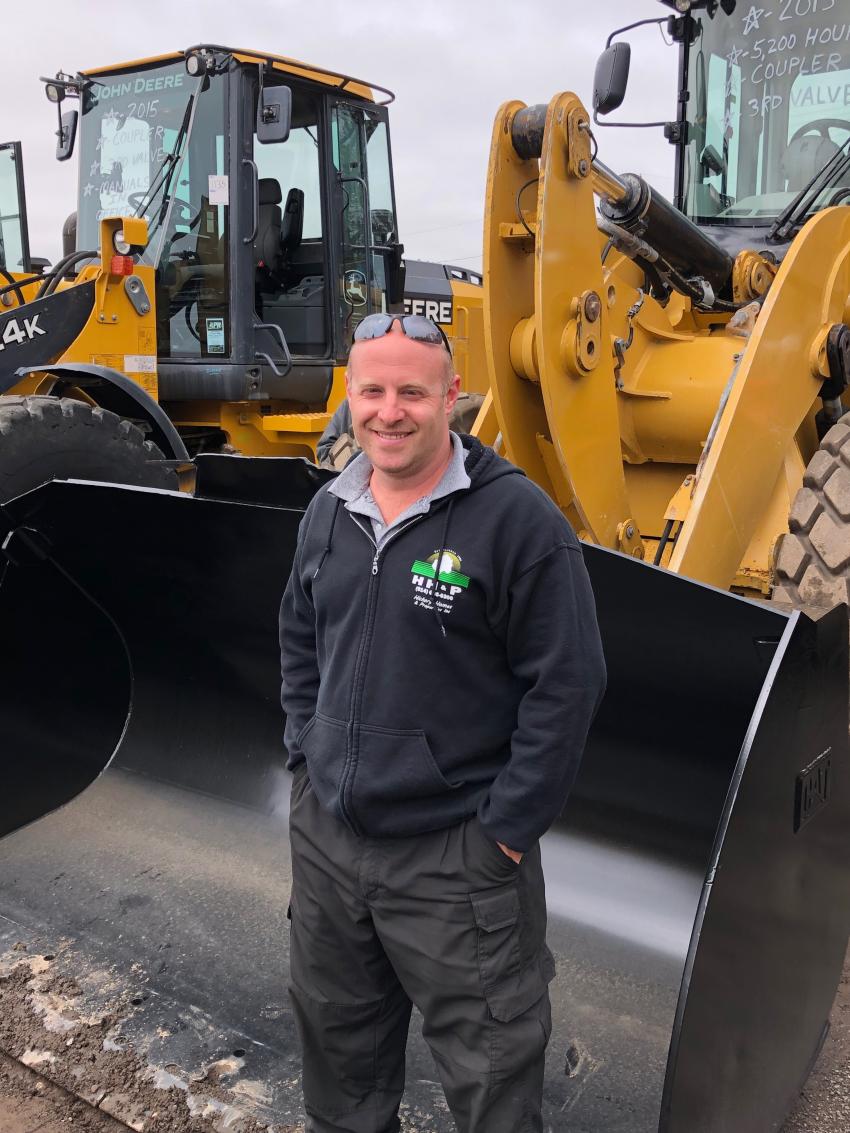 Michael Galley of Hickory Homes and Properties in Mount Kisco, N.Y., is looking to add a loader to his fleet for his wood recycling business. 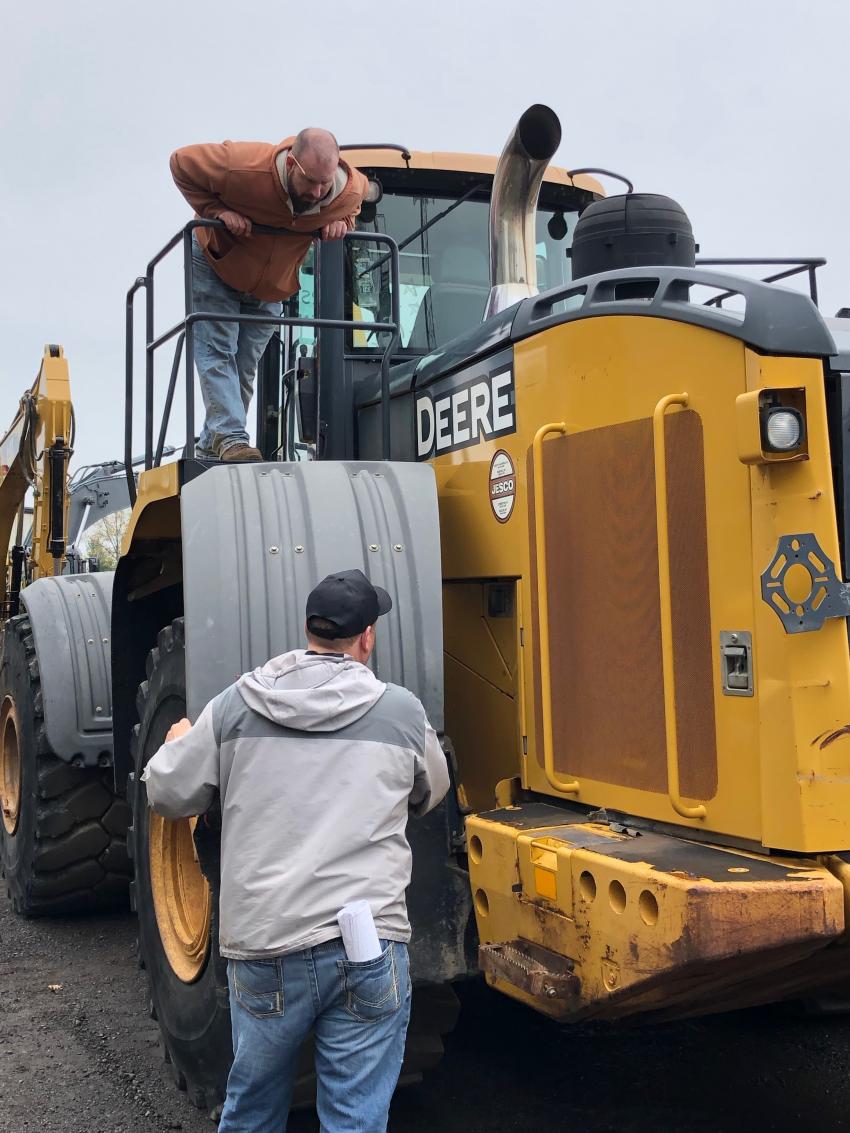 This John Deere 844K, one of the many exceptional late-model loader offerings, grabbed a lot of attention.