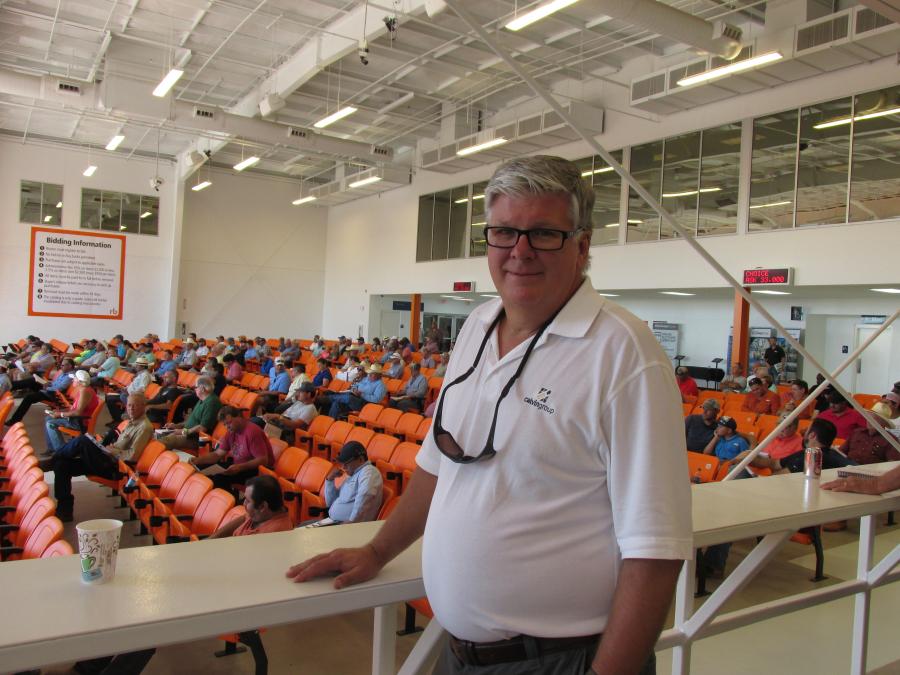 Mark Pentz, the Calvin Group Inc. of Windsor, Colo., arrived at the auction well before the bidding started.

Ritchie Bros. conducted its seventh Texas auction of the year, selling more than 4,600 equipment items and trucks for more than $59 million over two days in Fort Worth, Texas, from July 20-21, 2016.

More than 4,600 people from more than 55 countries registered to bid in the unreserved auction, including more than 3,100 online bidders. Out-of-state buyers from as far away as Canada, Thailand and Poland purchased 56 percent of the equipment. Online buyers purchased 57 percent (more than $33 million) of the equipment.

“We had great attendance for both days of the auction,” said Bill Hogan, regional sales manager, Ritchie Bros. “The auction featured an excellent mix of equipment from all sectors. We achieved solid pricing throughout, seeing particularly strong pricing for drills, scrapers, wheel loaders and backhoes.”