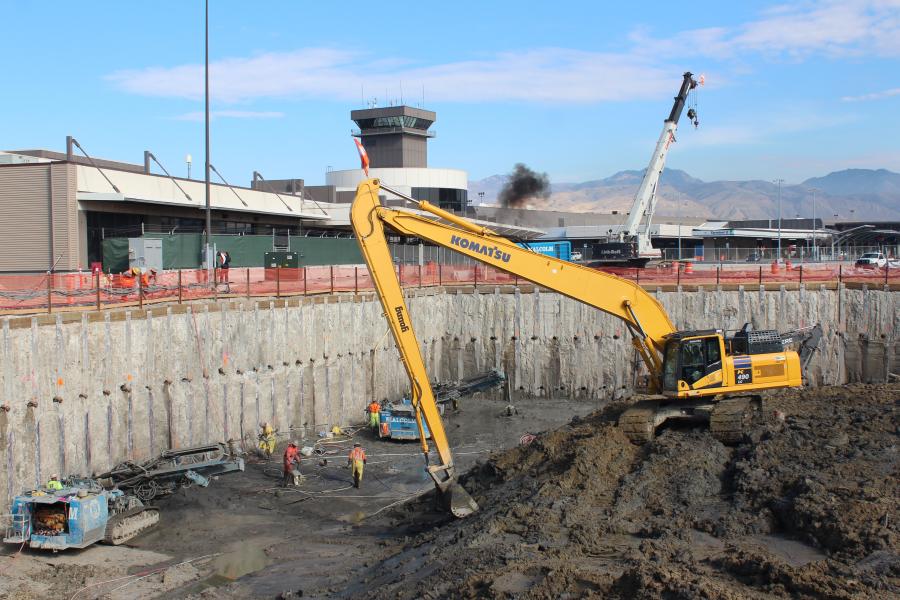 Fifty-five years ago, the Salt Lake City International Airport was built to service about 10 million passengers, but five decades later, the Delta Air Lines hub now sees more than twice that number of travelers. There was no doubt it was time for a new airport, an airport designed for the “next generation” of travel. The first phase is set to open in 2020 and a second phase four years later. The new facility will be built to current earthquake standards and sized to meet Salt Lake's growing and changing needs. It will be easy to use, efficient, sustainable and cost-effective. At least that's the plan for the $2.9 billion project.

“The new terminal will be designed to meet Salt Lake City's needs for decades to come and be adaptable to the constantly changing aviation industry. The new building will have state-of-the-art functionality and ease-of-use. The new terminal will eliminate airplane-parking bottlenecks and allow airlines to get their planes back in the air more quickly, meaning fewer delays for passengers. A single terminal will eliminate redundant facilities for passenger check-in, security screening and baggage claim.”

The new building also will aim for meeting a LEED Gold rating from the U.S. Green Building Council.

But building a new airport in the shadow of the existing one is no small task. Construction crews with the joint venture of Holder-Big-DConstruction (HD) have been on the job since 2013.

“What we've done is we have fenced ourselves separate. We are outside of security. Ninety-five percent of the construction will be done without any interface with existing operations. We have a zero impact on what they are doing day to day. We are like the neighbor next door. We communicate weekly with airport department heads.”

The most important consideration is ensuring the existing airport is able to maintain operations, Groome said. Second to that is that the construction has zero impact on the ongoing travel operations at the airport.

Although winter is upon the city that is the gateway to some of the country's most acclaimed skiing, the snow will not slow down the work, Groome said.

“That's what we do, we are in construction,” he said. “We move the snow out of the way and keep going.”

The bigger challenges include working next to the Great Salt Lake.

“We have this nice basement structure going in,” Groome said. “We had to put in cut off walls and shoring systems to get us in that basement. We're talking about doing things to protect existing facilities while we dig out a lake bed. We have started reaching the bottom of the excavation. We had to drive piles and build our foundation system and get back to grade. That is probably the biggest challenge we have — just getting out of the ground.

“Because we are right next to the Great Salt Lake, there is water in layers, only five to seven feet below ground surface. As you dig you have water, you have to hold back the water. You have to maintain control of that water and of the sediment. You have to monitor everything around you and have a good plan in place to get back to grade, which is to construct the tunnel.”

Another challenge is the shortage of construction workers. One of the ways, HD deals with that is by pre-fabricating components off site, then trucking them in.

“For instance, all mechanical rooms, electrical rooms — instead of sending in individuals, you build shop type components. Piping would be done in large pieces and brought in on tractor trailers. You could do the same thing with stairs, risers, fabricate longer lengths and drop them in with a crane. It saves you on efficiency and manpower and safety issues. It also helps with schedule.”

Another aspect of the job calls for the installation of 7,000 stone columns.

“We had five different cranes that were set up,” said Sebastiano Cardella, supervisor. “We used 100 and 200-ton cranes, Liebherr models. “We used the dry feed method to install the columns, which involves pumping air down the void created by the Vibro Machine. Once the stone columns were installed, there is a mix between concrete soil mix wall and conventional H pile and lagging shoring system.”

With the deadline for completion less than four years away, crews are right on schedule and have already completed the new 500,000-sq.-ft. (46,451.5 sq m) consolidated rental facility.

“Construction on the new rental car service facilities at Salt Lake City International Airport began in November 2014 and concluded in January 2016,” Volmer said. “The new buildings, currently in use by rental car providers, include a centralized Quick Turn Around (QTA) facility and three rental service sites (RSS). The QTA is used to wash, fuel and store vehicles and the RSS buildings are used for light maintenance and house administrative offices.