The plan preserves Gunter’s Island in Horry County in exchange for wetlands destroyed building the highway. 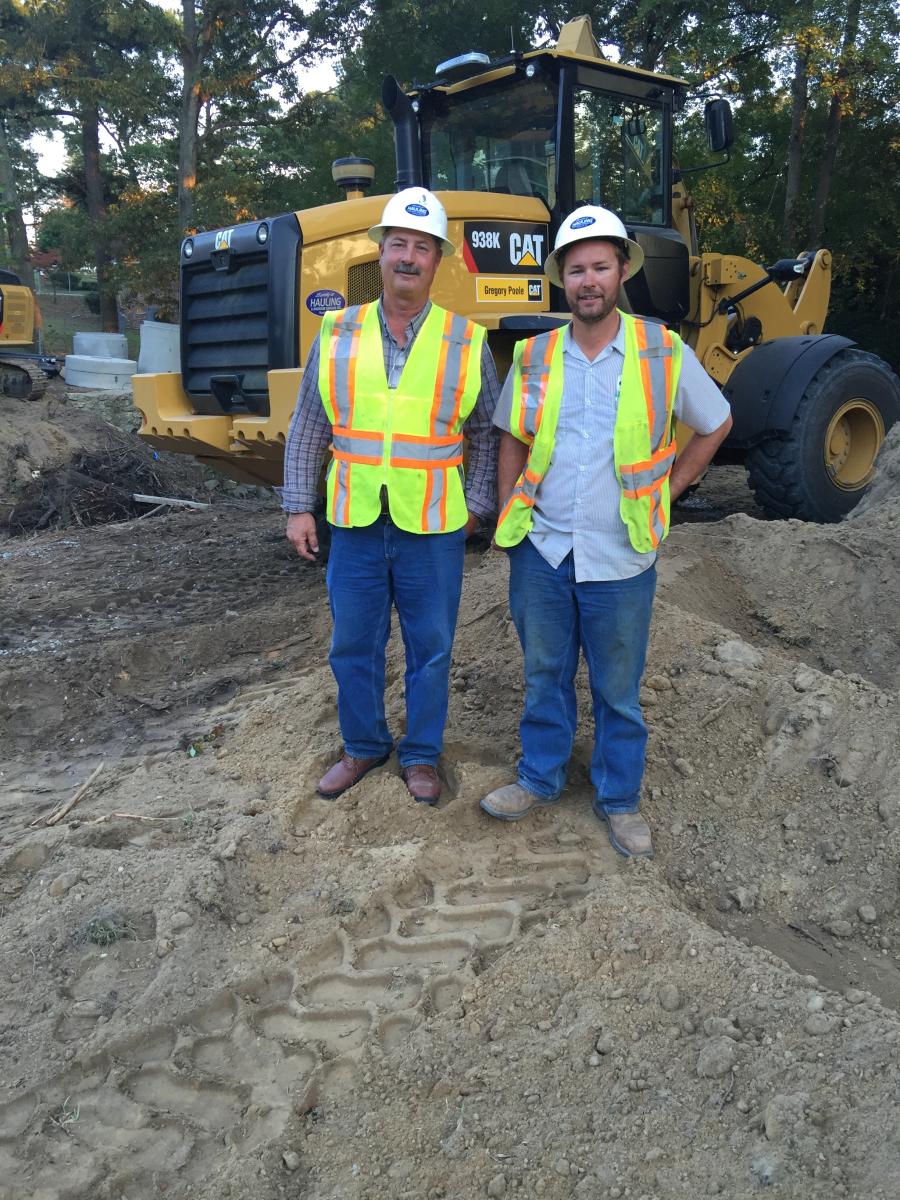 Arnold (L) and Ben Sandy at the project on Glen Canyon Drive in Fayetteville.

Nestled in the small rural town of Roseboro, N.C., Arnold Sandy began Sandy's Hauling & Backhoe Service in 1994. With just a backhoe and dump truck, he was grading and building lagoons for farms in and around the community.

Two years later in 1996, Hurricane Bertha and Hurricane Fran swept through North Carolina, causing major damage that included washing out the lagoons. This caused problems to surrounding areas, and shortly after the storm damage, state officials made the decision that they would no longer allow lagoons to be constructed. Although lagoon construction was a large part of Sandy's business, he was able to adapt, and was soon led to installing water, sewer and irrigation lines. Later, he discovered the demand for the new method of installing utilities by horizontal directional drill, which led him to purchasing a drill rig.

Over the years, Sandy's wife Caroline Sandy has helped him with the business. Sandy's son, Ben Sandy, joined the company in 2005 straight out of high school. Ben has learned the skills of the utility business and plays a key role in the construction.

One of the more noteworthy projects the company has completed was a 5,120 ft. (1,560.5 m) drill under the New River in Jacksonville, N.C., for the Marine Corps Base at Camp Lejeune, supplying a raw water line.

Today, the company is backed by more than 30 pieces of equipment installing utilities for many municipalities across the state, and has worked for the North Carolina Department of Transportation within a 100-mi. radius.

Currently, more than half of the company's fleet is Caterpillar.

“We are very pleased with the service Caterpillar has provided us,” Sandy said. “They have been wonderful. Bill Poteat of Gregory Poole Equipment Company and staff has been very supportive of us in anything we've needed. We are pushing all of our equipment to Caterpillar. Our latest purchase was the D5K, which is one of the most top of the line grading dozers that I've ever seen, and it is ready for anything.”

For the horizontal directional drilling projects, the company uses Ditch Witch drill rigs such as the JT3020, JT60 and JT100, and an American Augers cleaning system for the drilling fluids.

“Travis Wilkey of Ditch Witch of Raleigh and staff have provided us with excellent service from purchasing to servicing,” Sandy said. “They are top notch people. Ditch Witch has done a lot of work to get where they need to be in the market.”

The company has a maintenance program that follows routine maintenance of equipment every 250 hours.

As far as the future of Sandy's Hauling & Backhoe Service, Sandy said that they have put a lot of hard work into the business, and he plans to keep going.

“We've been very fortunate that in the short time we've been in business, we have continued to grow even through the bad times,” he said. “We've got some great employees who have worked hard and been very good to our company. We're pretty content at what we do, and want to remain good at what we do. My son, Ben has been very successful and takes a big part in what goes on here — he now has the knowledge and skill for the water, sewer, storm drain, and grading. Ben has been a big part to us in moving forward, and that's what we're moving forward for — is to build it for him to have something later, too. We look forward to the company's bright futures ahead.”