Savannah Moves Ahead With Plans for New 9,000-Seat Arena 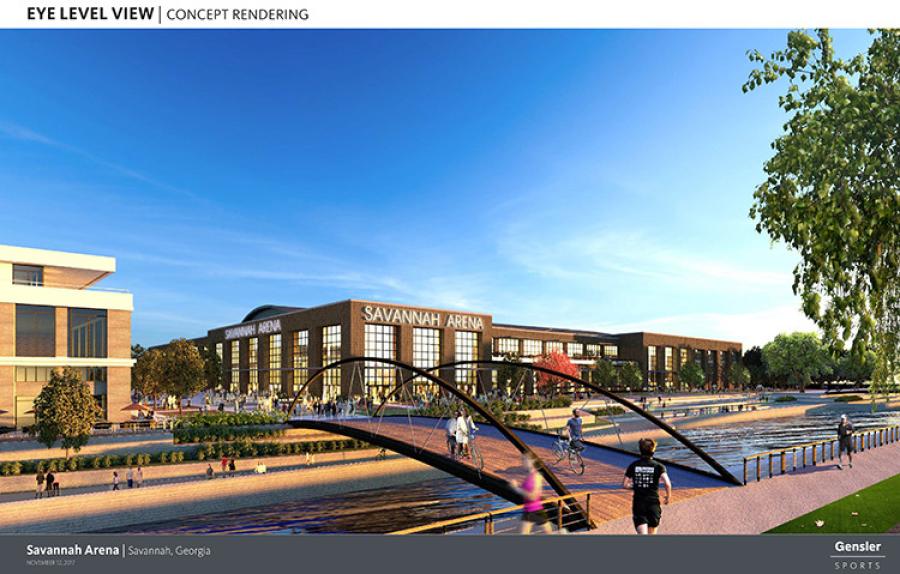 SAVANNAH, Ga. (AP) The Savannah City Council has approved a $2.8 million contract for a firm to manage construction of a new arena.

The planned 9,000-seat arena is expected to take about 38 months to design and construct, The Savannah Morning News reported. The consultant will be responsible for keeping the project on schedule and within budget — now estimated at $160 million.

The arena site is located west of the city's historic district on city property. Officials have said that plans call for 15 luxury suites and 400 club seats.

The council also allocated $845,000 to maintain the 43-year-old Civic Center next year. City officials have been considering what improvements to make to that facility, which could be demolished after the new arena is built.

We're only going to do stuff that is needed, and with a building that's 50 years old there's stuff breaking there all the time,' City Manager Rob Hernandez said.

There's no plan to shut the Civic Center down before completion and opening of the new arena, officials said.

The Civic Center hosts area high school and college graduations, in addition to traveling performers and various events throughout the year. Events scheduled for the Civic Center in 2018 include concerts by Brad Paisley and Chicago; and a performance by comedian Katt Williams.

“Countywide it's what we have,' Johnston said. “There's not another facility that seats 7,500 people in an arena or 2,500 people in a theater and there's a lot to discuss about the building.'

City officials are still weighing what to do with the Civic Center once the arena is completed. Funding is still short for the arena's construction and selling the Civic Center property has been discussed as a way to raise more revenue for the project, the Savannah newspaper reported.