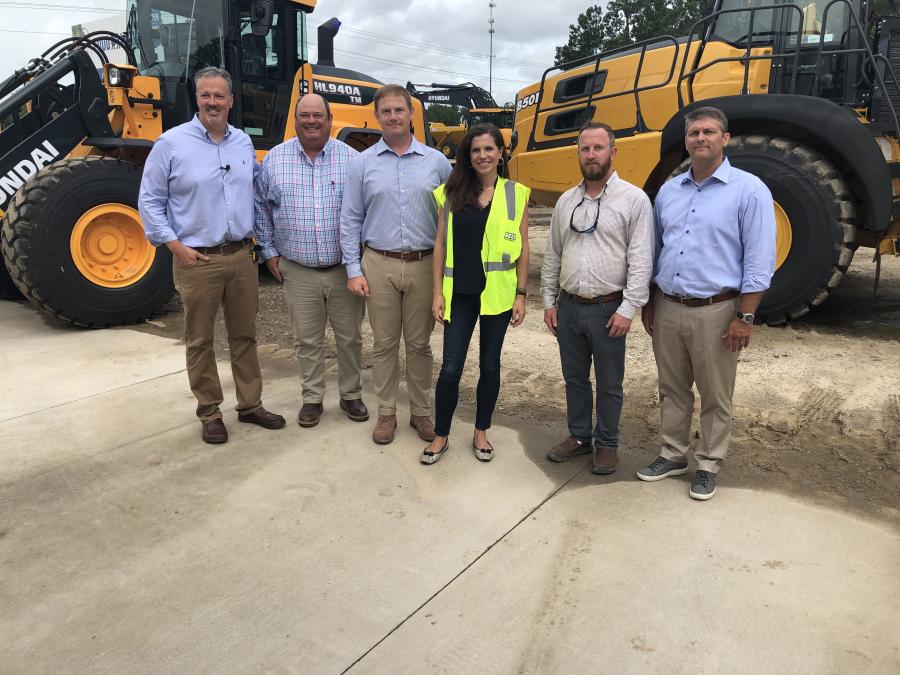 Freshman Congresswoman Nancy Mace, a Republican from the 1st District of South Carolina, visited the Summerville branch of May-RHI on July 7 to learn more about the construction equipment business and talk about President Biden's proposed infrastructure plan.

She is a first-term member of the House who represents the Palmetto State's coastal counties from just north of Charleston southeast to Hilton Head Island. 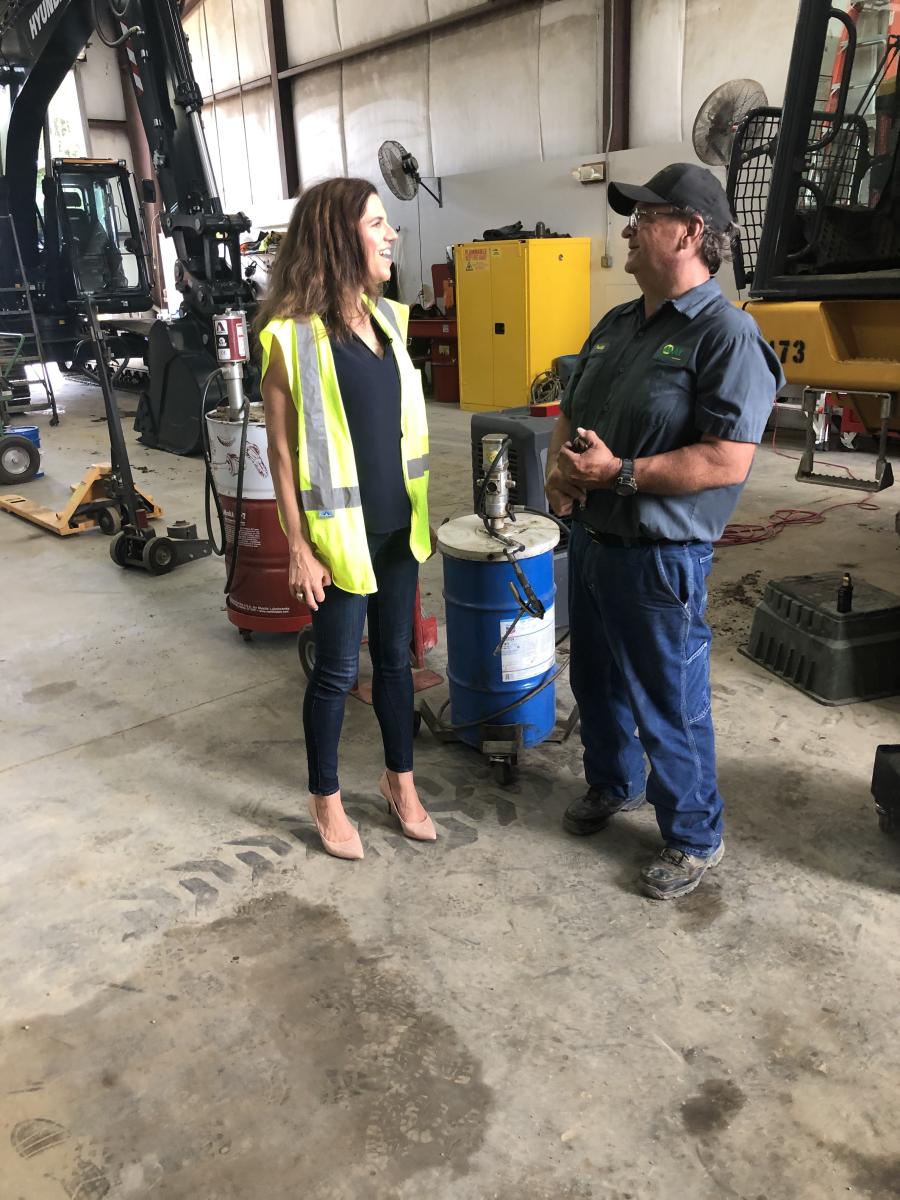 In addition, Mace is a successful businesswoman, author and, in 1999, became the first woman to graduate from The Citadel, the former all-male military academy in Charleston.

Her willingness to understand the equipment sector was spurred by her selection earlier this year to serve on the House Transportation and Infrastructure Committee.

At that time, Mace stated, "One of the promises I made to the people of the Lowcountry when I ran for Congress was that I would work to restart our economy and rebuild America. This starts with fixing our nation's aging roads and infrastructure, which are in desperate need of repair in the Lowcountry."

She sat down with May-RHI's management to discuss not only the infrastructure bill in Congress but to learn about other concerns shared by the equipment industry.

Mace also toured the full-service dealership and spoke to the group at the invitation of the Associated Equipment Distributors (AED), a trade association representing companies involved in the distribution, rental and support of equipment used in a range of applications, including construction, mining, forestry and power generation.

While there, she also was interviewed by Corey Rogers, vice president of marketing of National Equipment Dealers (NED), the parent company of May-RHI, for one of its NEDTalks, an Internet series on YouTube. Prior to this, Rep. Mace met with the executive team, including Richie Ambrose, Will Blackerby (a fellow Citadel grad), Phillip Hilton and Jesse Beasley also participated.

Mace and the AED are each working hard to see that a national infrastructure package is passed by Congress and signed by President Biden. Partisan bickering fueled by differing goals have so far delayed the process, she said. When she joined the House committee, Mace expected that upgraded infrastructure would be the one issue that Republicans and Democrats could agree on.

"It has been everything but," she admitted at May-RHI's roundtable discussion.

Although the Senate has done a better job of approaching the issue with civility, she characterized the House as being "the wild west," a place that is not at all bipartisan.

"That has been a very great disappointment," Mace said.

Although a long way from being finalized as the House, the Senate and the White House haggle over the plan's details and how to pay for them, President Biden's infrastructure initiative appears to be coming into better focus.

On July 9, Biden announced that a deal with a bipartisan group of five Republican and five Democratic senators had been reached in which $312 billion would go to transportation projects as well as another $55 billion to waterways.

The transportation portion is broken into $109 billion for roads and bridges, $66 billion for railroad improvements, and $49 billion for mass transit. Other expenditures like electric vehicles also are being funded.

That is in addition to almost $400 billion for transportation projects that are already part of Congress's regular funding process. 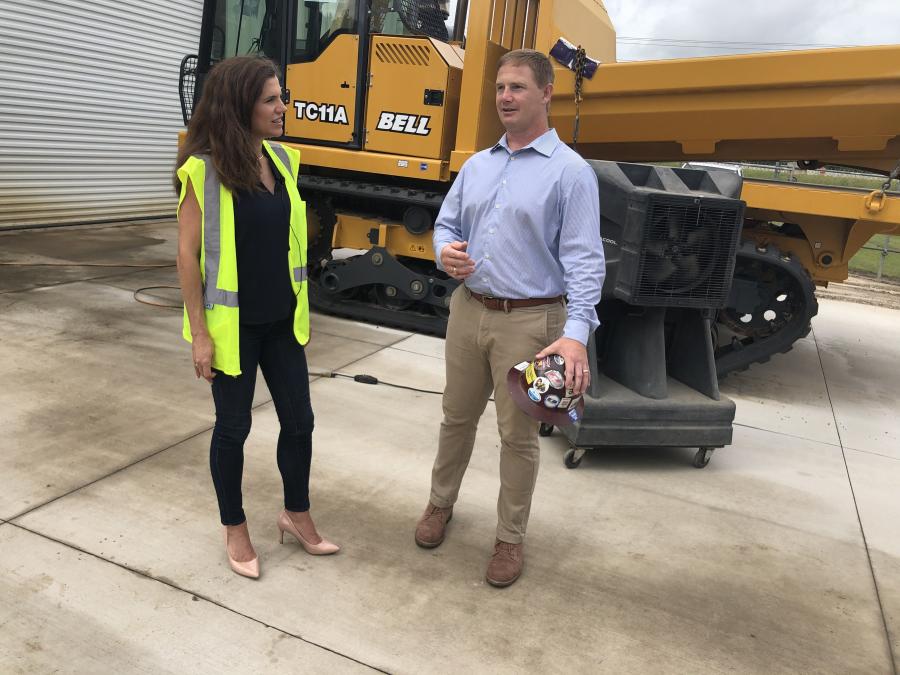 Mace, though, questioned exactly what types of projects are to be funded and how they would be paid for.

In speaking with Rogers after the May-RHI roundtable, she stressed the need for what she called a "common-sense" approach to passing a "true" infrastructure deal that encompasses rebuilding the nation's roads, bridges, airports, waterways, and ports. Each of these needs are of particular interest to her constituents in coastal South Carolina, who often must endure crumbling infrastructure.

She contends that, as written, the proposed bill would "miss out" on expanding the nation's road systems and filling potholes, adding that "very little of that package is actually dedicated to our roads and bridges" as well as other projects requiring construction — work that she defines as "traditional infrastructure."

Instead, she said there is a lot of money set to be "spent on art and sculpture and high-speed railroads."

"The U.S. is desperate for a solid infrastructure package," Mace noted on the NEDTalks video. "One of my greatest concerns as a member of the transportation and infrastructure committee is that we invest our resources, time and money into traditional infrastructure."

She explained that she joined the committee because she wanted to answer the "huge" needs of her district, which she has said are populated by disastrous road conditions.

Because of an influx of new residents, the scope of development in the Lowcountry has expanded, she said, but with more traffic, area roads need to be widened, extended or finished. Mace also pointed to flooding issues and environmental factors that need to be addressed.

"I joke that we need a billion-dollar bridge, but we truly need more than one," she said. "We have massive, massive needs. I don't know when the final infrastructure package might happen because of the concerns about how to pay for it."

Mace's solutions to funding the bill does not include raising taxes but instead targets spending unused COVID relief money.

"We can't raise taxes on businesses because that will make the opportunity for salaries lower, the job opportunities will be smaller and there will be an exodus of jobs overseas, especially if there is a corporate tax," she explained to the May-RHI group. "You can't tax wealthy business owners because those taxes will just be passed down to the consumer. That means inflation is going to be worse." 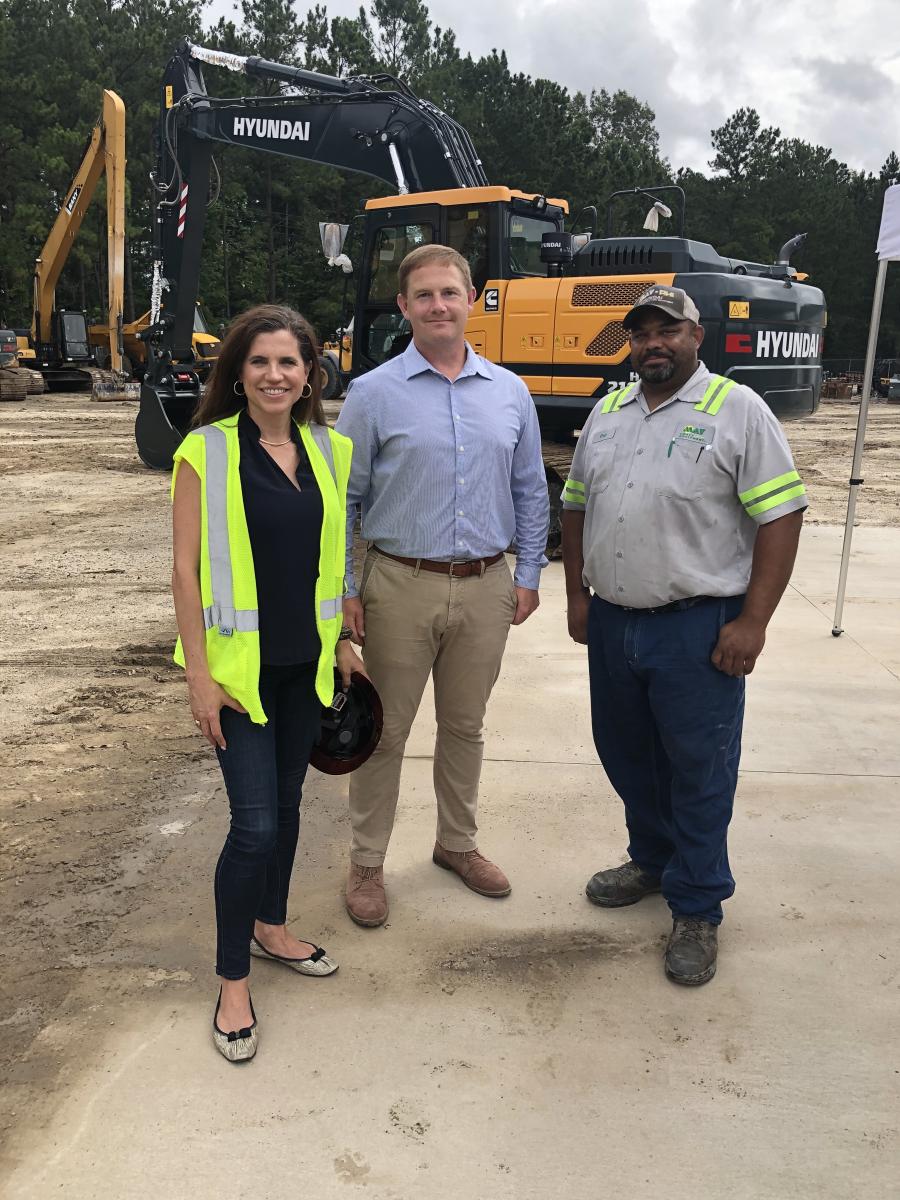 Mace estimates that states have a total of about $2 trillion in leftover and unused COVID relief money at their disposal, more than enough to fund into a sensible infrastructure plan.

"My staff and I hear from counties across my district every week asking, ‘How can we spend this money? We have so much, and we can't spend it all on COVID. Can we spend it on this project or that project?'" Mace noted. "Honestly, rather than have the federal government dish it out, the states already have the money, let them invest it in their infrastructure. The state DOTs, counties and local municipalities know which projects are shovel ready. I feel that if states have money saved and haven't spent it all, allow them to use it where needed."

The congresswoman is also determined to find a road-funding strategy that creates parity between gas-fueled cars and electric vehicles (EVs).

Cars using petrol have historically served as the primary way for state governments to pay for their roads and bridges through gas taxes charged at the pump. Although EVs are becoming more common on streets and highways, the fact they do not run on gas means that they avoid having to pay those fees.

Mace feels that something must be done to eliminate that inequity.

"We have so many EVs here — they are everywhere," she said. "I see more electric cars in Charleston than I did on a recent trip to Los Angeles."

Mace Wants S.C. to Get Better Return On Its Money

The congresswoman has also worked on improving other transportation issues facing the Palmetto State in her short tenure as a member of the U.S. House.

Currently, 19 states, including South Carolina, receive a less than 95 percent rate of return on their contribution to total deposits paid into the federal Highway Trust Fund (HTF). Mace, though, has signed on to a bill that would establish a minimum guarantee for federal highway funding received by states tied to the percentage of total monies paid into the HTF.

Her co-sponsor on the legislation is Rep. Chip Roy (R) of Texas, another state getting a low return on its HTF deposits.

"The short of it is that South Carolina would get more money back because it paid more money in," Mace said.

She added that while most states hit the pause button on their road projects in 2020 due to COVID-19, South Carolina Department of Transportation (SCDOT) Secretary Christy Hall increased the work her agency was doing because few people were traveling at the time.

"It was safer to do a lot of that work when traffic wasn't moving through construction zones," Mace explained. "We should be rewarded and incentivized for that good work, and instead we were penalized [by the federal government]. Because South Carolina is putting more into [the HTF] than we are getting back, that needs to be fixed, but Republicans are in the minority now and are unable to do that. In 18 months, though, when Republicans are again in the majority, I see us being able to get more of these common-sense measures passed. We are trying to say, ‘This is how we can fix things without raising taxes and doing so in a very pragmatic, responsible way.'"