S.C. Roads, Highways Are Still Bad, But DOT Reports Repairs Being Made 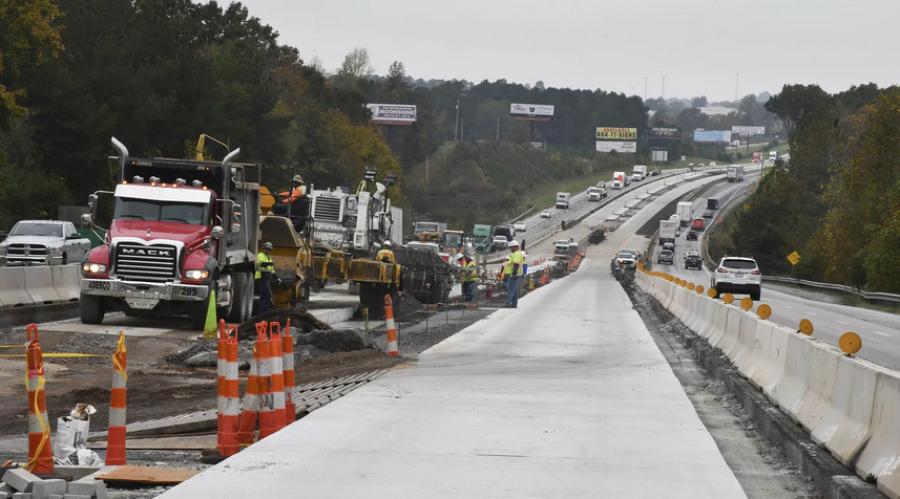 Despite increased funding to improve South Carolina's roads and bridges, the Upstate's traffic is still congested and, overall, the state's highways have remained deadly.

But, in a report released Sept. 22 by TRIP, a D.C.-based transportation research nonprofit, overall, South Carolina roads and bridges are in better shape than they have been in years. The report noted, however, that funding challenges for the state remain.

The TRIP report, "Moving South Carolina Forward: Providing a Modern, Sustainable Transportation System in the Palmetto State," found that road and bridge construction and maintenance has substantially improved the upkeep of South Carolina's transportation infrastructure since state lawmakers passed Act 40 in 2017, a bill that dedicated a half-billion dollars to the effort.

More than 5,000 people died in South Carolina car crashes between 2015 and 2019, according to the TRIP report, and in 2019, the state led the nation with 1.73 fatalities per 100 million vehicle miles. When focused solely on rural roads the numbers are even worse, where data showed that in 2019, 3.46 deaths per 100 million vehicle miles were reported.

The study found that the Greenville-Spartanburg-Anderson (GSA) metro area of Upstate South Carolina remains congested, and it is costing drivers money and time. Two of the state's most gridlocked sections of interstate are in the Upstate — I-385 around Woodruff Road, and I-85 around SC Highway 14.

Other notable findings from the TRIP report include:

Christy Hall, secretary of the South Carolina Department of Transportation (SCDOT), told the Greenville Journal that the TRIP report confirms progress is being made on upgrading the state's roads and bridges.

"Today's report from the national TRIP organization reinforces what South Carolinians are seeing on our roads each day — active road improvement projects and work zones in all 46 counties," she said. "Thanks to the investments by the General Assembly in the 2017 Roads Bill, SCDOT has been able to triple our construction work."

The report noted that since 2018, SCDOT has started about 4,000 mi. of paving projects.

But, after analyzing data from the Federal Highway Administration, TRIP also provided the following breakdown of the GSA metro area's roadway plight:

Since 2018, according to the Journal, SCDOT has begun repairs on 211 of the 465 state-maintained bridges that the department reported as being in poor condition or load restricted.

Still, the Palmetto State is falling behind.

Based on current funding, SCDOT anticipates nearly 1,000 state-maintained bridges will be in poor or load-restricted condition by 2040.