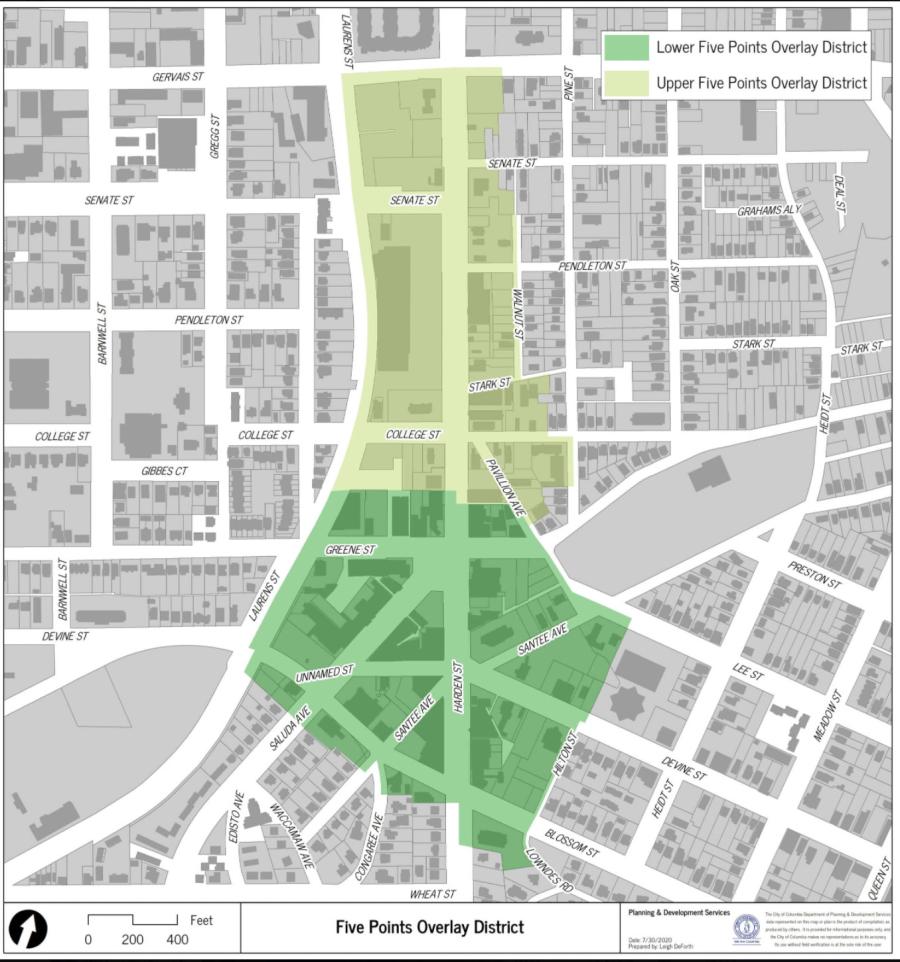 If all goes as planned, Columbia, S.C.-area drivers can expect to see construction begin on a major road safety overhaul project in the city's Five Points district during the summer of 2023.

The South Carolina Department of Transportation (SCDOT) announced in mid-April that it had received needed feedback from local partners to move forward on full design work for the $4.85 million project. The improvement effort has been in the works for years to reduce crashes in the Columbia corridor — one of the most dangerous for pedestrians and bicyclists in South Carolina, a recent state safety audit revealed.

In an email to The State, Rob Perry, director of traffic engineering at SCDOT, wrote there were several reasons for the tentative summer 2023 start date.

"We have to have construction plans completed several months out from advertising a project for contractors to bid on," he noted. "Through coordination with the city and the Five Points Association, we have been shooting for a summer period when [the University of South Carolina] is out to do this construction."

Perry added that SCDOT recently received information needed to move toward those 2023 plans.

"We … just recently received a response back from the Five Points Association regarding parking as well as other improvements we plan to make to improve safety," he wrote to the Columbia newspaper. "We could not move into full design efforts until we received that feedback."

The project also calls for reducing the number of through lanes on Harden Street, from Devine Street to Blossom Street, and on Devine from Harden Street to Saluda Avenue. The Five Points project will reallocate that space for bicycle lanes by installing curb extensions to shorten pedestrian crossing distances, and raising medians and building wider sidewalks, if possible, based on drainage conditions, Perry noted in his email to The State.

The Five Points area was identified by SCDOT for safety improvements due to how often motor vehicle crashes involving pedestrians and bicyclists occur there. The project began with a road safety audit performed by a team consisting of members from the state agency, the Federal Highway Administration (FHA), the city of Columbia's engineering, planning and police departments, the USC Police, the Palmetto Cycling Coalition and the Five Points Association.

The state audit showed that from Jan. 1, 2013, through Dec. 31, 2018, there were 232 vehicular crashes in the Five Points corridor and a "high frequency" of crashes involving pedestrians or bicyclists. Of the total number of crashes reported in the audit, 17 involved bicyclists or pedestrians.

"We will continue to advance this project with feedback from our partners with the city and the Five Points Association to ensure the final product appropriately improves pedestrian safety," Perry wrote in his email to the Columbia news source.