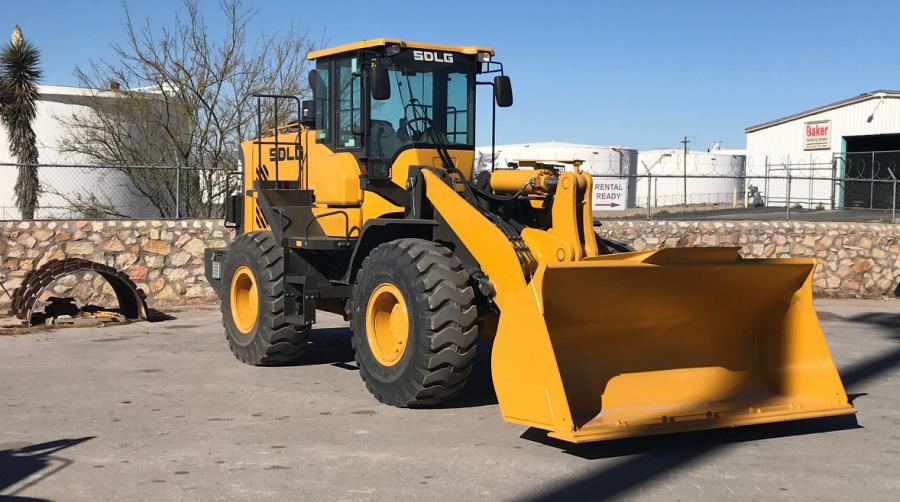 SDLG has appointed Sierra Machinery as its newest dealer in Texas and New Mexico.

SDLG has appointed Sierra Machinery (Sierra) as its newest dealer in Texas and New Mexico. The appointment reflects SDLG's continued efforts to expand and strengthen its North American dealer network by partnering with seasoned, expert dealerships that know their markets well, providing superior service and support to SDLG's customers.

The new dealership will increase SDLG's North American footprint with two locations — one in El Paso, Texas, and the other in Artesia, N.M., — which will be one of the first SDLG dealerships in that state. Sierra's customer base includes highway and utility contractors, copper and potash mines; oil and gas industries; aggregate materials producers; and city, county, state and federal government facilities.

“SDLG's partnership with Sierra Machinery gives us a much needed presence on the west side of Texas, as well as southwestern New Mexico,” said Nick Tullo, sales manager of SDLG North America. “Our North American expansion wouldn't be a success without expert dealerships that know their customer bases and can provide great aftermarket service. Sierra Machinery's track record over 37 years proves that this company belongs in SDLG's network.”

Sierra Machinery was founded in 1981 by Al and Maria Teran, and remains the only locally owned and operated equipment distributor in El Paso, where the company is headquartered. Sierra prides itself on employee retention, and its dedicated workforce of long-time employees has enabled Sierra to grow into one of the best-performing equipment distributors in North America winning several awards in the process.

Sierra will offer SDLG's current North American lineup of five wheel loaders, in addition to any products introduced to the United States market at a later date. They also will fully back the machines, providing extensive product support and service.

“Becoming the first SDLG dealer in West Texas and southwestern New Mexico is an exciting opportunity for us,” said Charlie Ward, sales manager of Sierra. “Given the influx of value products that have been entering the U.S. market, it made good sense to align our company with an industry leader like SDLG. We're confident that customers of ours who specialize in seasonal and low-hour applications will find these wheel loaders to be reliable additions to their fleets.”