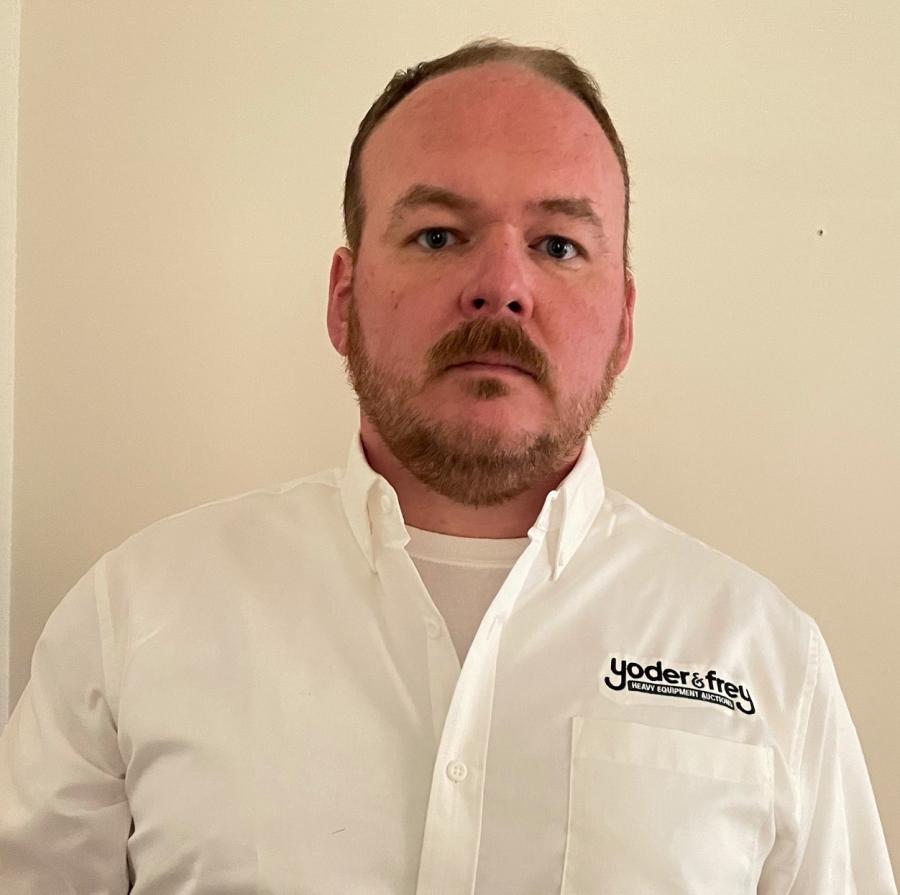 Sean Larkin has joined the Yoder & Frey team. He will concentrate on the state of Georgia as well as other projects across the United States.

Larkin joins Yoder & Frey with a broad background in the industry, having worked in construction in his early years after leaving college. A self-starter and a consummate deal maker, Larkin has worked for himself for most of his working life. He has been in the industry for 10 years and a licensed auctioneer in the state of Georgia since 2018, officiating at many varied sales, in addition to trading in his own right.

Larkin has extensive experience in the equipment market, gained while working for Sunbelt Rentals in Georgia, with more than 900 locations throughout the United States and Canada, with over 15,000 employees.

With a reputation for having a "make it happen" culture, Larkin worked as an events coordinator, responsible for a running a nation-wide traveling road-show, crossing the entire United States from east to west.

As part of his role with Sunbelt Rental, Larkin was the project manager supplying equipment to the power generation industry during the maintenance programmes of large power generating stations. Sunbelt would be on site for the full duration on the maintenance "outage" providing rentals to the contracting crews from a mobile trailer containing more than 4,000 tool assets, seven days a week. One such project was the Robert W. Scherer Power Plant (also known as Plant Scherer), the largest coal fired power station in the western hemisphere, where Larkin was in attendance for the entire 10-week maintenance shutdown, not leaving site until completion of the project.

What Attracted Sean to Yoder & Frey?

Seeking a new challenge, the advertised Yoder & Frey vacancy for a territory manager attracted Larkin, however, it was the link that Yoder & Frey has to the Euro Auctions Group that really piqued his interest.

"Euro Auctions is based in Northern Ireland and while I was born in the U.S., I have Irish ancestry and as a boy returned on a regular basis to spend my summer vacations in Galway, on the family farm, on the West coast of Ireland. So, this struck a chord with me. Also, I'm a deal maker, and consider myself to be a hungry sales guy, so was looking for a hungry dynamic company to work with. That, together with a family culture and a 'can do' mentality, I found with Yoder & Frey as well as Euro Auctions. Too many larger organisations are run by the accountants. This is not the case in Yoder & Frey and Euro Auctions, who let their managers act on their own initiative giving the support required to do the best possible job. I'm looking forward to the challenge and cannot wait to get started."