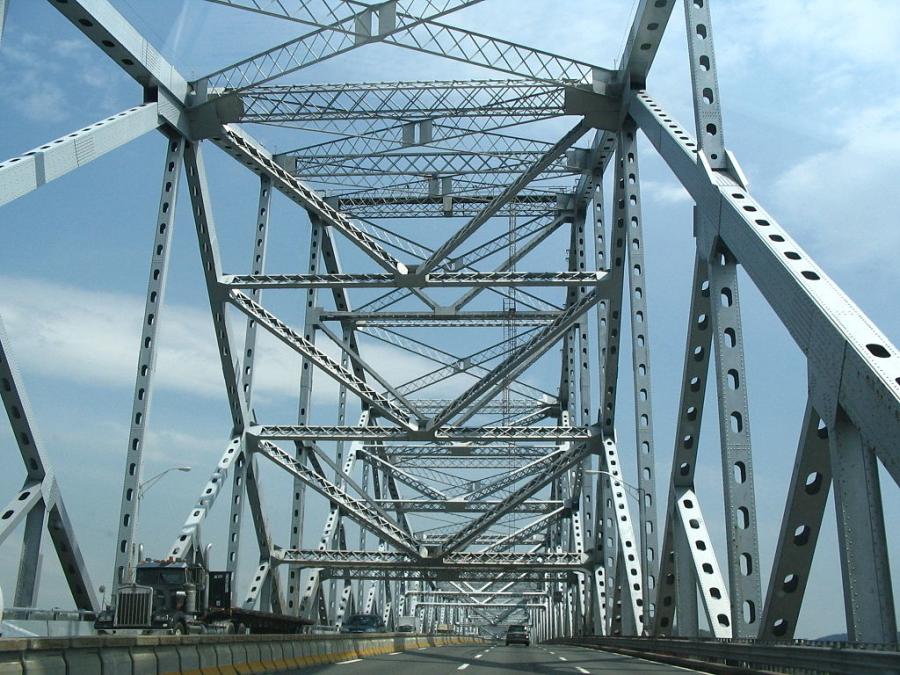 Police say they'll continue to scan the surface of the Hudson River in hopes of spotting the third crew member who's presumed dead after a tugboat crash north of New York City.

Westchester County Police spokesman Kieran O'Leary says units will watch Monday for the body of Harry Hernandez, of Staten Island. However, it's believed his remains are located in a section of the sunken tugboat that divers were not able to access.

The body of Paul Amon, of Bayville, New Jersey, was retrieved Saturday. On Sunday, divers recovered the body of Timothy Conklin, of Westbury, New York.

“Sometimes people go to work and they don't come home,” Cuomo said as numerous agencies searched the waters near the construction of a new Tappan Zee Bridge.

The U.S. Coast Guard, New York State Police, and fire and police agencies from Westchester and Rockland counties searched throughout the day. By sunset, the Coast Guard suspended its effort. Other agencies resumed the search Sunday morning.

Cuomo said he spoke to the family of one of the missing crew members Saturday.

“This is a 29-year-old who had his whole life ahead of him. He was supposed to come home but was working a few more days because the company asked him to,” Cuomo said.

State Police divers began searching in the water about 12 hours after the crash. Earlier in the day, they used sonar equipment to determine the exact location of the sunken tug and said they needed to assess whether it was safe to send divers into the river to search for the other two victims. Cuomo said officials believed the tugboat was wedged on the river bottom near the mid-span of the bridge, where it crashed.

Authorities said three tugboats were pushing a barge from Albany to Jersey City, New Jersey, when one of the three — situated on the right side as it headed south — hit a stationary barge that was part of the Tappan Zee Bridge construction project.

A tugboat on the left side of the barge that was being pushed, as well as one that was pushing the barge from the rear, were not involved in the accident.

Cuomo said in a statement that 21 workers were on the bridge construction barge that was hit, but none of them was injured. He said it appeared the workers realized the barge was about to be struck and braced for impact. He added the construction barge was illuminated at the time of the pre-dawn collision.

The accident occurred near the centre of the existing Tappan Zee Bridge, and the Specialist sank in about 40 feet of water within minutes, authorities said. The water temperature in the area was about 40 degrees, according to the U.S. Geological Survey.

Cuomo said a team from the state Department of Environmental Conservation was on site with a private contractor and were deploying booms to contain the leaking diesel fuel. He said he did not expect any long-term damage as a result of the spill.

James Mercante, an attorney for the owner of Specialist, said the crew was licensed, competent and experienced.

“It's a shocking, horrific marine tragedy,” Mercante said. “Right now the company is more concerned with the families of the crew and mourning.”

A spokeswoman for Tappan Zee Constructors, a consortium of companies building the new bridge, said the company is co-operating in the investigation.

The crash occurred near the scene of a 2013 boat crash that killed a bride-to-be and her fiance's best man. That incident, which killed Lindsey Stewart and Mark Lennon, both 30, also involved a Tappan Zee Bridge construction barge.