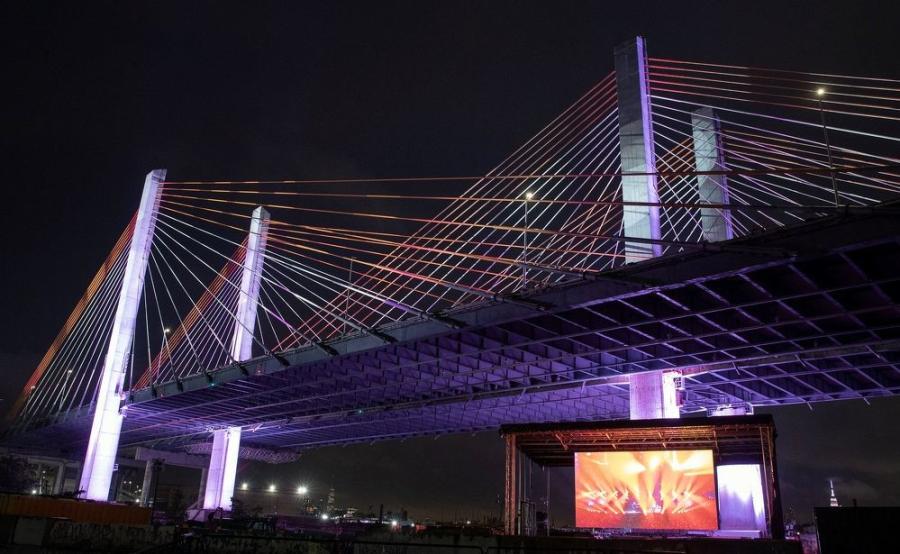 The opening of the new bridge, part of an $873 million design-build construction project, was accomplished a full four years ahead of schedule and was on budget.

The Brooklyn-bound, second span of the Kosciuszko Bridge officially opened.

The milestone marks the first major bridge crossing built in New York City since the Verrazzano-Narrows Bridge opened to traffic in 1964. The opening of the new bridge, part of an $873 million design-build construction project, was accomplished a full four years ahead of schedule and was on budget.

The project has helped to support approximately 11,300 jobs in construction and related fields in the New York City metropolitan region.

"The original six-lane bridge was a source of notorious traffic bottlenecks. On the new Kosciuszko Bridge, there are nine wider lanes, a pedestrian and bike path and shoulders — all of which will help reduce traffic by 65 percent and save time for commuters and improve the environment," Gov. Andrew Cuomo said. "Today isn't just about a new bridge that is smart, functional, on-budget and done early — it's also about what this bridge symbolizes. At a time when we have so much negativity, frustration and anger in this country, this bridge is an example of what government and society can do when you focus on the positive. This is New York State at its best: we built this and we made this happen." 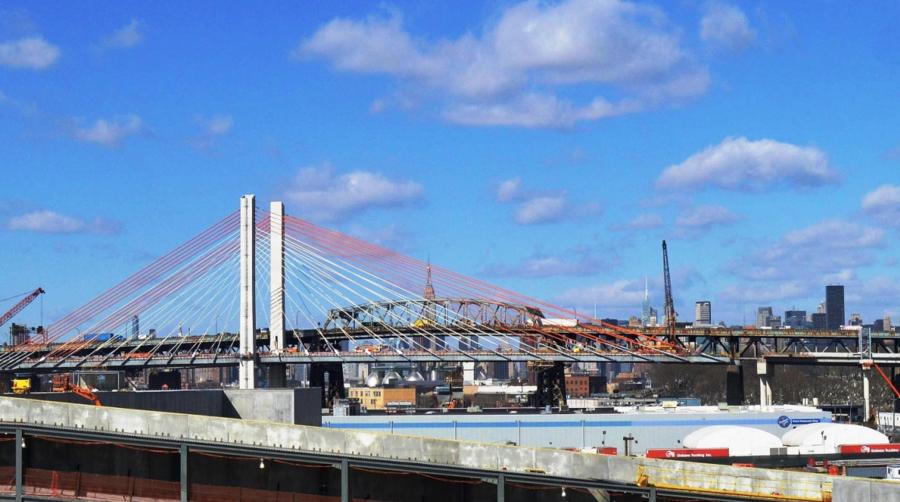 "The new second span of the Kosciuszko Bridge is a testament to New York's spirit of ingenuity and is one of the most significant investments in our transportation infrastructure in decades," said Lt. Gov. Kathy Hochul. "We know projects like this are not just about safety and traffic flow — it's about creating better connections and improving quality-of-life for local residents. The new bridge will be a major boost for Brooklyn and Queens and advances our continued commitment to transforming infrastructure across the state."

The first span of the Kosciuszko Bridge opened to traffic in April 2017, completing the $555 million first phase of the project and representing the single largest construction contract in State Department of Transportation history. The spans of the former Kosciuszko Bridge were lowered to the ground through an energetic felling process in October 2017 in the first-ever implosion of a major bridge infrastructure using explosives in New York City.

The new Brooklyn-bound span measures 952 ft. in length and contains more than 3,000 tons of U.S. manufactured steel. It also features a total of 56 stay cables made up of approximately one million linear feet of steel strands. A cable-stayed bridge uses steel cables placed at an angle to connect the bridge deck to vertical towers that extend high above the roadway, with the pylon tower measuring 287 ft. high.

State Department of Transportation Commissioner Marie Therese Dominguez said, "The opening of the second span of the Kosciuszko Bridge is a momentous achievement that will benefit hundreds of thousands of commuters each day. Together, the two spans will become a fixture of the New York City skyline and a source of pride for all New Yorkers as a symbol of the progress we are making under Governor Cuomo's leadership toward revitalizing our infrastructure."

As the first cable-stayed structures built in New York City, the two spans create a signature skyline between Brooklyn and Queens, and will help improve travel speeds on this segment of the Brooklyn-Queens Expressway. The Kosciuszko Bridge also will eliminate delays by 65 percent on this segment of the BQE during peak hours though a number of different measures, including:

Gov. Cuomo announced an agreement that will lead to the completion of the first and second phases of "Under the K" — a transformative project that will turn nearly seven acres beneath the Kosciuszko Bridge in Brooklyn into a world-class public program space and park. Under the agreement, the New York State Department of Transportation will provide the use of state land to North Brooklyn Parks Alliance — which is leading the design and construction, and will ultimately operate and maintain the space — to allow for the beginning of programming by the summer of 2020. The governor also announced that New York State will spend $1 million for paving and prep work, as well as an additional $6 million to fully fund the capital investments planned for phase two of the project.

In December 2018, Sergeant William Dougherty Park opened on the Brooklyn side of the bridge in Greenpoint. The public park was expanded and completely renovated as part of the Kosciuszko Bridge construction project and includes a playground, skate park, basketball court, handball courts, a water play area with spray showers and a comfort station. Seating is available throughout the modern, landscaped facility. A new park will be completed on the Queens side in 2022. Streetscaping enhancements such as decorative lighting, tree plantings and new sidewalks are also being placed on local streets within the project limits of the Kosciuszko Bridge.

Additionally, the project to replace the Kosciuszko Bridge utilizes Disadvantaged Business Enterprise goals established by the Federal Highway Administration. For both phases of construction, the State Department of Transportation expects participation funding to total $113 million.