Recently, Matt Schaedler decided that rather than depend on availability issues with rentals for big jobs, it was time to upgrade the fleet with a larger crane. 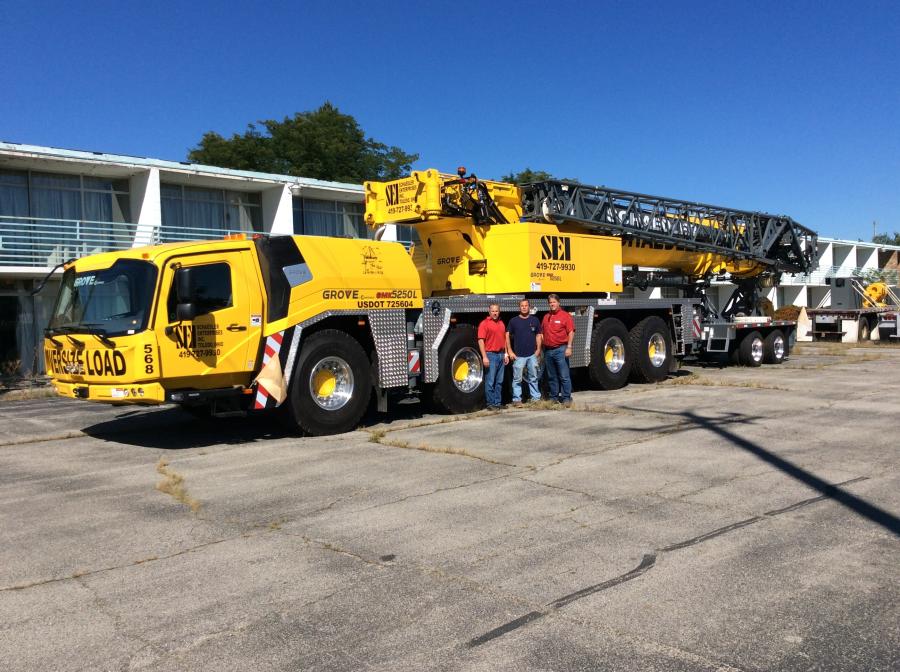 In 1995, Matt Schaedler founded his business, Schaedler Enterprises Inc. (SEI), with a used crane purchased to work on small construction projects — pouring concrete and providing crane and rigging services in southeast Michigan. As his business developed, he found that the majority of his work was in northwest Ohio, so in 2002 he moved the business and purchased a four-acre property at 1831 Manhattan Blvd., in Toledo, which to this day, houses the company's headquarters. Since then, Schaedler has hired 15 employees, and has recently purchased an eight-acre lot adjacent to his current location with plans to expand.

Initially, the company's fleet consisted of used equipment, many of which were Grove cranes. According to Schaedler, the reason he purchased Grove cranes was because the older models use common truck parts and are easy to work on. With a total of 21 Grove cranes in his fleet of 30, he's still a fan, but along the way Grove cranes have become much more sophisticated.

Recently, Schaedler decided that rather than depend on availability issues with rentals for big jobs, it was time to upgrade the fleet with a larger crane. As well as the Grove crane that he ended up purchasing, he also had considered either buying a used crane or a new crane from another manufacturer. Ultimately, the features offered by the Grove GMK5250L 300-ton (272 t) all terrain crane, and his past experiences with both the brand and the relationship with Bill Aurelius, president and Andrew Forepaugh, vice president sales, both of Cleveland Crane & Shovel, won out.

Schaedler's relationship with Cleveland Crane & Shovel predates his move to Toledo, and he's found that the dealership has consistently provided outstanding parts and service. He said that the dealership stands out in terms of maintaining an extensive inventory with ready availability and quick delivery of the parts they need. Schaedler also has high praise for Grove cranes. He said the manufacturer builds extremely reliable cranes that maintain their value.

The GMK5250L is a new model for Grove, and Schaedler's crane is the first sold in Ohio. Schaedler is impressed with the GMK5250L's MEGATRAK independent suspension, which he claims delivers outstanding off road capabilities. Additionally, he found the crane's four hydraulic outrigger design with five-position outrigger jacks made for quick setup in the field.

According to Schaedler, Cleveland Crane & Shovel's sales and service personnel have been great to work with. He said that because the crane is a new model employing an extensive amount of new technologies, including an entirely new computer setup, there was a good deal of initial training required.

The dealership sent Carl Goins, one of Cleveland Crane & Shovel's GMK (Grove Mobile Krane) certified technicians to work with the company's operators for a week. At this point, Schaedler Enterprises' operators are up to speed on the new crane and are getting familiarized with the new procedures. The Grove GMK5250L has opened new business opportunities. Since the acquisition, the crane has been put to work on a variety of jobs including refinery work, steel work, millwright work, HVAC placement, painting jobs and was also used to place a cast statue for the city of Toledo.

Primary specifications of the Grove GMK5250L 300-ton all terrain crane include:

For more information about the Grove GMK5250L 300-ton all terrain crane, visit www.manitowoccranes.com/en/cranes/