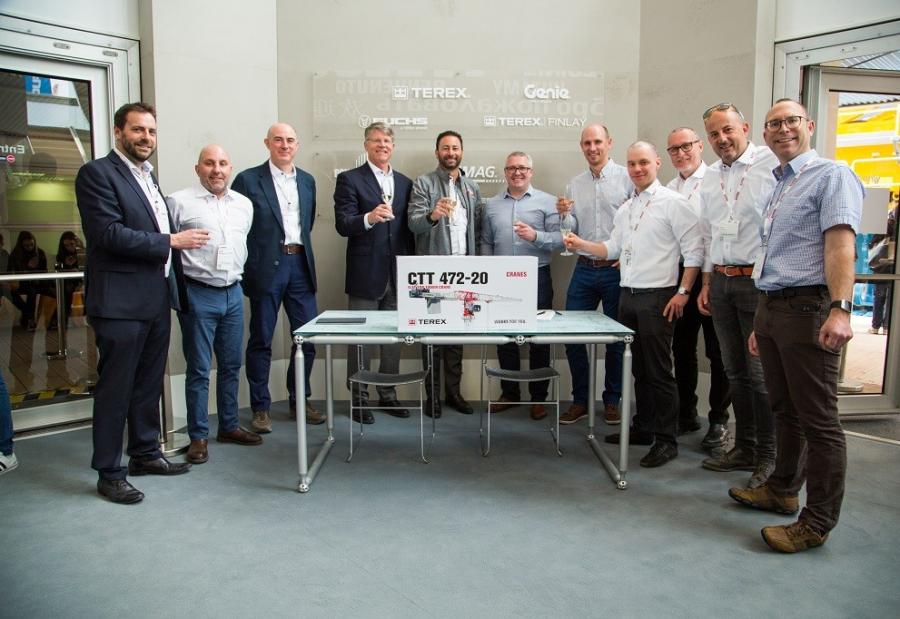 A. Ladha of York Cranes, headquartered in Telangana, India, took advantage of the opportunity to purchase a new Demag AC 250-5 all terrain crane for the company's fleet. The largest 5-axle crane in Demag's line, the AC 250-5 also is the most compact of its capacity class.

Mexico-based company ESEASA Construcciones visited the booth and ordered a S7 boom kit for its Demag CC 2800-1 crawler crane. The S7 boom kit increases the capacity of the crane by adding stronger segments to the boom.