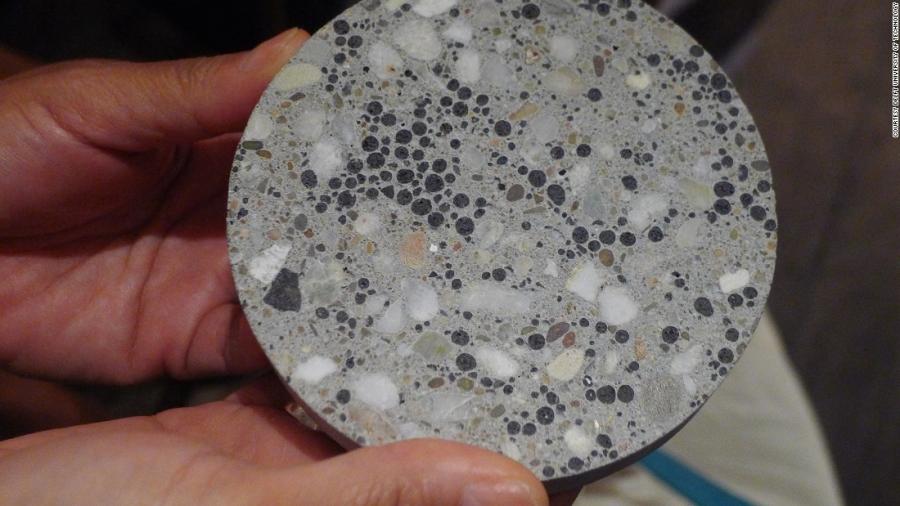 What if concrete could essentially fill in its own cracks much like an animal healing from a wound? Inspired by nature, Dutch microbiologist Hendrik Marius Jonkers asked this very question.

Jonkers and other faculty members at the Delft University of Technology are experimenting with using bacteria as a reactive component in building material mixtures such as concrete and asphalt. His focus in mainly on creating a self-healing concrete, that is to say, one that will fill in its own cracks.

How Does It Work?

The short answer is that the bacteria, which is found in stone near volcanoes, is produces limestone when it is exposed to oxygen and moisture.

The longer explanation involves water penetrating the steel found in reinforced concrete which creates rust. The rust causes stress and over time cracks appear. With these bacteria added into the concrete mixture, as soon as the bacteria is exposed to air and moisture it produces the limestone which then fills in the cracks.

What are the Benefits?

Estimates for maintenance to the thousands of bridges, tunnels and retaining walls made of concrete in Europe are currently at 4 to 6 billion in Euros spent annually. That's a lot of money saved.

The BioConcrete, is also said to extend the life of the concrete for several years. Whereas, reinforced concrete could see the effects of aging within 20-30 years, the bacteria in the BioConcrete can stay dormant up to 200 years.

Something as simple as spending less time on repair projects can help tip the scales for those suffering from labor shortages as construction efforts can be best utilized on other projects.

The bacteria (bacillus genus) that is featured in this self-healing cement mixture is harmless and does not propose a risk to human health.

The patent for the BioConcrete was recognized internationally when Jonkers was announced as a finalist for the renowned European Inventor Award of 2015 in the Research category.

After developing the mixture in the lab, Jonkers is working on creating a more cost-effective version mixture for commercial use that will be tested outside in real world conditions.