SEPTA to Keep Commitment to $2B King of Prussia Rail Project 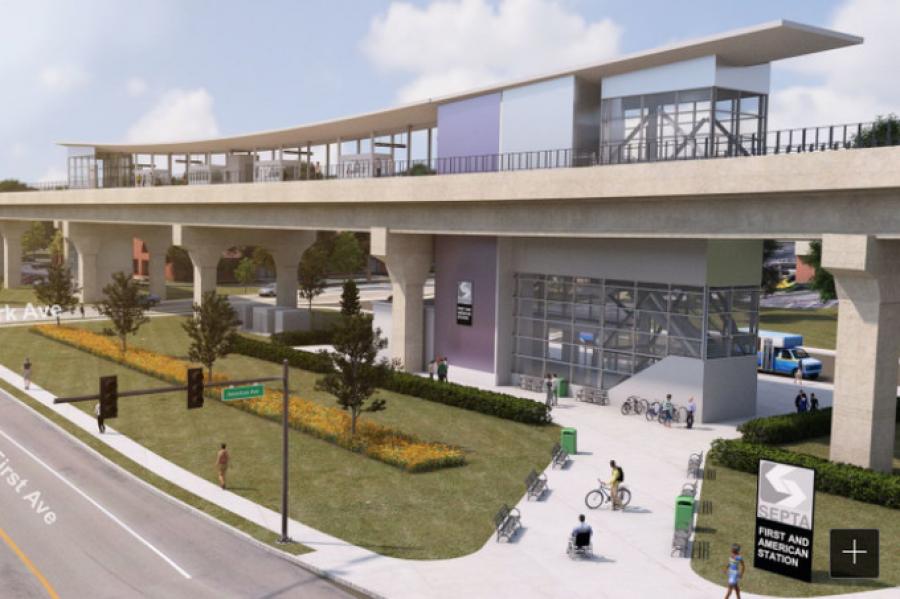 Despite mounting financial uncertainty, the Southeastern Pennsylvania Transportation Authority (SEPTA) is doubling down its commitment to a $2 billion project that would extend rail service to the bustling Philadelphia suburb of King of Prussia (KOP) between 2025 and 2027.

SEPTA officials held a virtual public meeting Dec. 1 to give an update on the Norristown High Speed Line's proposed extension into the area, sharing changes to its route as well as new renderings of its five stations to give the audience "a better idea for the look and the feel for what this will mean for them," said Ryan Judge, SEPTA's strategic planning manager.

The meeting was the first large-scale update on KOP Rail since 2017. Like its other ambitious plans, including trolley modernization, the extension would need additional sources of funding before becoming a reality, and how to pay for it was a puzzling question long before financial challenges brought on by the COVID-19 pandemic.

Officials shared the latest price tag of the mammoth project during the webinar. The estimated cost has grown from $1.3 billion to $2 billion due to inflation as well as changes to design and real estate acquisition costs, said Liz Smith, SEPTA's chief administration officer.

The project connecting King of Prussia, Center City and University City will lean partially on federal dollars as it progresses, with officials wrapping up a final environmental impact statement by early next year to submit to the Federal Transit Administration.

SEPTA General Manager Leslie Richards called the KOP Rail project "extremely important" to the region's future. Planning began in 2012, and, at one time, the service was expected to carry riders in 2023.

"While we are in a very difficult position right now with the pandemic, SEPTA in the future includes service to King of Prussia," she said. "It is part of our system that doesn't exist now, and it's a way that we can truly strengthen our regional rail."

Early meetings to discuss the plan were met with pushback from neighbors who did not want a rail line so close to their homes. Since then, the line has moved away from residential areas in response to feedback, Judge said.

"We had well over 100 meetings, including almost two dozen backyard visits, where we worked really closely with the community to come up with an alignment that addressed a lot of their concerns," he said. "What we did since then was to refine that a little bit more and tweak it to respond to some more of the comments that we heard at that point as well."

Its last stop "will have a 500-space parking garage strategically located to capture motorists traveling from U.S. Highway 422," according to a video shown to webinar attendees Dec. 1.

The KOP Rail is expected to create up to 6,300 construction jobs, stimulate 5.3 million sq. ft. of new development and boost property values across the region, according to SEPTA. A trip from Center City to King of Prussia would take about 45 minutes, whereas a car ride along I-76 would take over an hour, the authority said.

The recent virtual event came as SEPTA faces a fiscal crisis to both its operating and capital budgets. The authority is struggling with fewer passengers during the COVID-19 pandemic to pay fares, while also eyeing long-term funding challenges that existed ahead of the virus.

"In terms of the funding, this is a longer-term project than the pandemic, so we're looking beyond that," said Jody Holton, SEPTA assistant general manager of planning. "It's transformative for our economy and supporting the region as it grows." 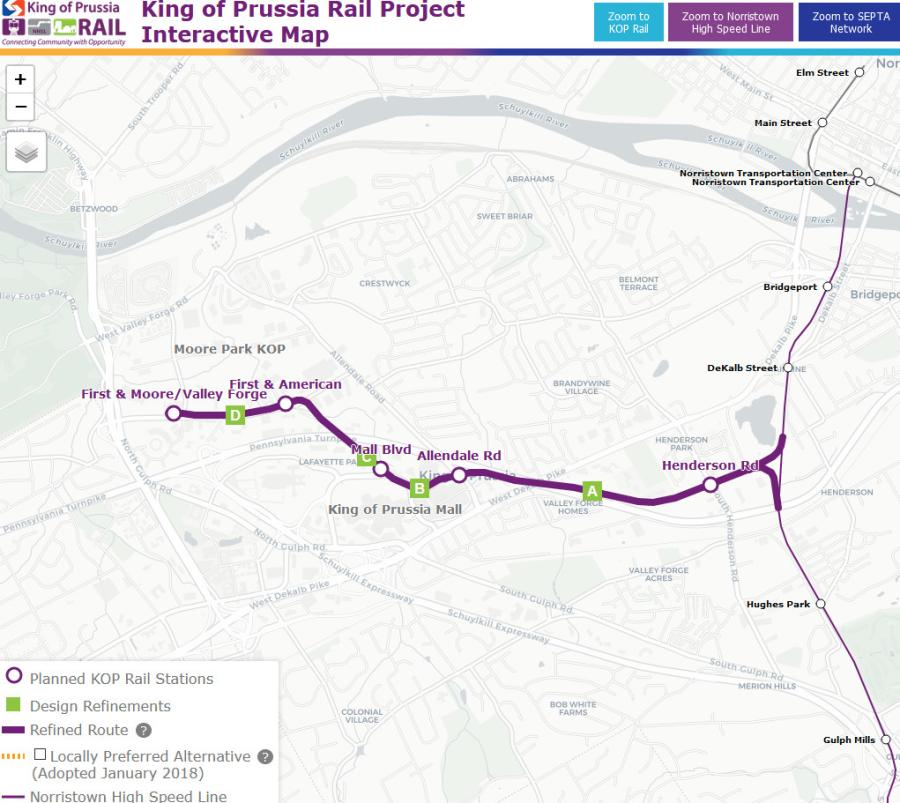