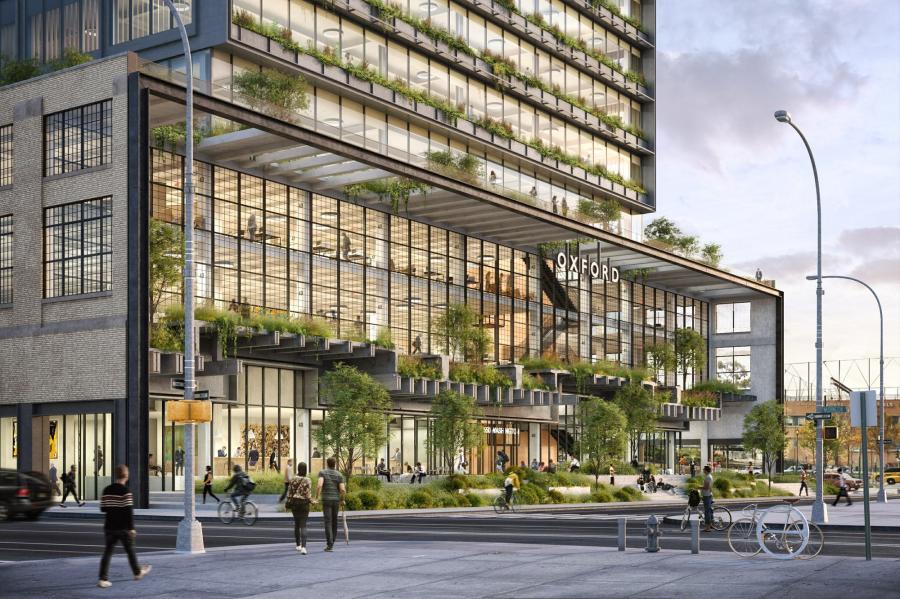 Google announced Dec. 17 it will spend more than $1 billion to build a new office complex in New York City that will allow the Internet search giant to double the number of people it employs there.

It is the tech industry's latest major expansion beyond the Seattle-San Francisco Bay corridor. It follows recent steps by Amazon and Apple to set up large operations well outside their home turf.

Tech companies are "coming to the realization that the Bay Area, which has traditionally been the major center of tech activity in the U.S., is getting expensive and crowded," said Andrew Bartels, principal analyst at Forrester Research.

"A lot of vendors are coming to the realization that ‘We can probably find top talent elsewhere at a more affordable cost, and perhaps a better style of life for employees who may be struggling to make ends meet.'"

The Northeast is attractive because of its large concentration of highly-educated young people. New York in particular also offers proximity to Wall Street and already has the second-biggest concentration of tech startups behind the Bay Area and a large base of tech employees, Bartels said. Facebook, based in Menlo Park, Calif., has more than 2,000 employees in New York.

Google, based in Mountain View, Calif., will fashion a complex of more than 1.7 million sq. ft. along the Hudson River in the city's West Village neighborhood, Ruth Porat, senior vice president and chief financial officer, said in a blog post.

Google opened its first office in New York nearly 20 years ago and now employs 7,000 people in the city. Its footprint is expanding rapidly. Google said earlier this year that it would buy the Chelsea Market building for $2.4 billion and planned to lease more space at Pier 57, both along the Hudson about a mile north of the newly announced complex.

Porat telegraphed Google's plans to double down in New York a month ago during a technology conference.

"Not everybody — big surprise — wants to live in Silicon Valley, so we want to make sure we have the opportunity to build vibrant centers across the country," she said.

The news follows Seattle-based Amazon's announcement a month ago that it would set up new headquarters in New York's Long Island City neighborhood and in Arlington, Va., creating more than 25,000 jobs in each location.

But it's not just the East Coast that is benefiting from the expansion. Apple, based in Cupertino, Calif., said last week that it plans to build a $1 billion campus in Austin, Texas, that will create at least 5,000 jobs.

Even as it looks elsewhere, Google is still buying offices and drawing up plans to construct new campuses near its headquarters, as it tries to build upon its success in internet search, email, web browsers, digital mapping, online video and smartphone software to make money in other markets such as health care and internet-connected homes.

The company recently agreed to pay more than $100 million for a swath of land in downtown San Jose, Calif., for a big new campus that will include employee housing.

Microsoft likewise is overhauling its headquarters in Redmond, Wash., with an 18-building construction project that will make room for an additional 8,000 workers. It currently employs about 47,000 in the area.

But the competition for programmers is driving salaries higher, which in turn is catapulting the average prices of homes in many parts of the San Francisco Bay Area above $1 million. Many high-tech workers are choosing to live elsewhere, forcing major tech companies to look in new places for the employees they need.

Google hopes to move into the new campus by 2020. Porat said that the company's most recent investments give it the ability to more than double the number of Google employees in New York over the next 10 years.

Tech companies see New York as a way to gain a new perspective, one that is different from that of Silicon Valley, which can be seen as an "out-of-touch echo chamber," Bartels said.

"New Yorkers consider themselves to be more in tune with the reality of life in U.S. urban centers and believe this helps them innovate products and services that are more closely aligned with the needs of the average American," he said.