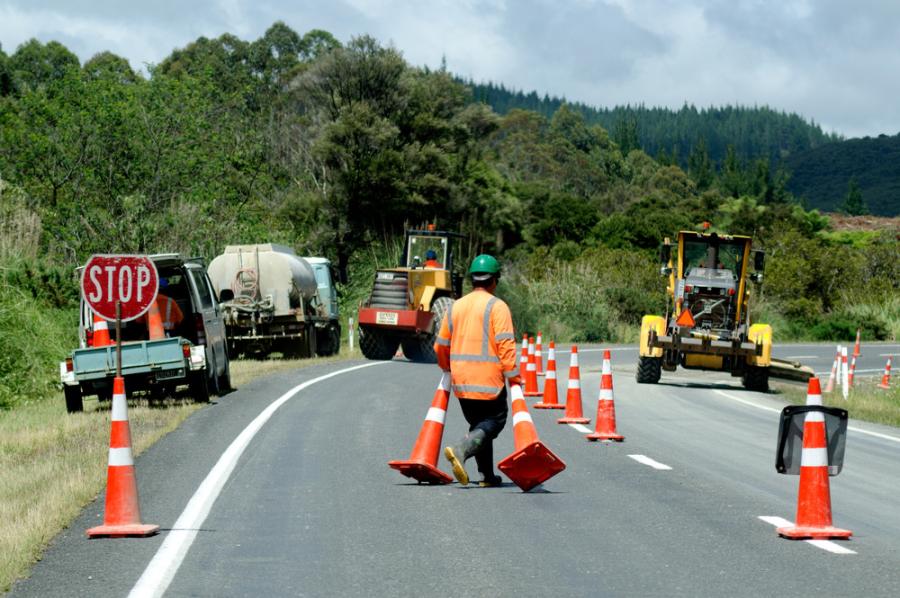 Sixty percent of highway contractors report that motor vehicles had crashed into their construction work zones during the past year, putting motorists and workers at risk, according to the results of a new highway work zone study conducted by the Associated General Contractors of America and HCSS. In response, officials urged drivers to slow down and remain alert while passing through work zones during the summer driving season.

"The men and women of the construction industry are frequently working just a few feet, and sometimes inches, away from speeding vehicles," said Ken Simonson, the association's chief economist and author of the annual survey. "Too often, drivers who are distracted, speeding and/or under-the-influence crash into those work zones, putting workers and themselves at risk of serious harm and death."

According to the survey results, motorists are in even greater danger from highway work zone crashes than construction workers, Simonson noted. Nineteen percent of contractors participating in the survey experienced crashes that resulted in injury to construction workers. But nearly twice as many firms – 35 percent — reported experiencing a crash in which drivers or passengers were injured.

"In many cases, vehicle speeding contributes to these crashes in work zones," said Steve McGough, president and CFO of HCSS. "Utilizing speed cameras with a zero-tolerance policy would go a long way to protect the traveling public and our workforce."

Simonson noted that the pandemic-induced decline in vehicle traffic appears to have had little impact on highway work zone safety. He noted that only one-third of survey respondents reported any apparent increase in safety because of lower traffic levels. But an equal number of contractors reported that lower traffic levels made conditions less safe, by encouraging many motorists to drive at faster speeds.

The construction economist added that construction firms are taking steps to improve work zone safety, through special training programs, new technology and software made available by firms like HCSS. He added that public officials need to take steps to better protect highway work zones, by boosting police presence and enacting tougher laws and penalties for drivers using their cell phones, for example.

Simonson added that the association was urging motorists, particularly those heading out for summer vacations, to be careful when passing through highway work zones.

"Better training and public policies will help, but the ultimate responsibility lies with motorists," Simonson noted. "The best thing anyone can do to protect themselves and workers is to slow down, put the phone away, and pay attention when they are in a highway work zone."

The work zone safety study was based on a nationwide survey of highway construction firms the association conducted this April and May. Nearly 300 contractors completed the survey. Click here to view the survey results.