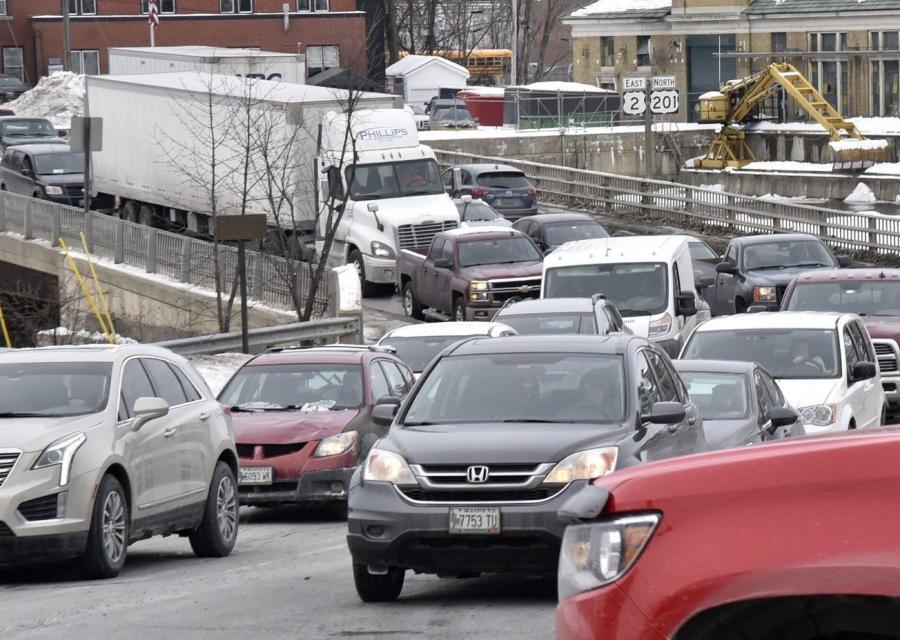 A series of development projects in Skowhegan, Maine, are complicating proposals for a second bridge across the Kennebec River that advocates say is needed to address long-standing concerns about traffic congestion.

The Kennebec Journal reported Feb. 1 that Skowhegan's board of selectmen decided to table any action on bridge construction plans, saying the process should not be rushed and that several factors must be considered, including plans for a new school for School Administrative District 54, a Run of River whitewater park, and for Bigelow Brewing's expansion into downtown Skowhegan, as well as projects involving the Maine Department of Transportation (MaineDOT).

"All of these projects are going to affect our traffic not just now but, in the future," said board member Steve Govoni at a meeting in late January. "We're trying to understand what [the town] is going to look like with all of these projects in place with existing infrastructure."

Govoni updated the board on a recommendation from the selectmen's bridge committee that the town move forward with two options for a bridge, "with the caveat that we also move forward with a Village Partnership Initiative [through MaineDOT]."

According to the Journal, the goal of the new initiative is to address a range of projects from small safety improvements to large-scale road rebuilding while meeting the goal of slowing traffic and making it easier to meet, shop and do business downtown without a car.

"With or without a new bridge, we need to look at the whole picture," Govoni noted.

The Board of Selectmen is scheduled to resume discussions on the bridge project Feb. 22.

A feasibility study wrapped up last fall, after which two options were presented that officials said would best address the needs of the town: one for a span extending into downtown, and the second for a structure a mile outside of Skowhegan's downtown.

The study projected the cost of the downtown option to be $55.3 million and would allow for improved roadway connections in the area.

The second option, for a bridge downstream, would be built near the Great Eddy (a wide place in the Kennebec River below a series of rapids) and provide roadway connections between U.S. Highway 201 and U.S. Highway 2. It would be less expensive, according to the study's findings — coming in at about $25.5 million — and would have a relatively low impact on abutters.

The Journal noted in its Feb. 1 article that some Skowhegan residents, however, want to maintain the right to not build a new bridge at all, believing the two options are not practical because of the impact they would have on existing structures in or near downtown.

Some have argued that the downtown choice would force the relocation of Veterans Memorial Park, while building a new crossing downstream would destroy historic views of Skowhegan.

Martin Rooney, a project manager of Maine DOT, told selectmen his agency will need to review a myriad of considerations before making any final determination, the Journal reported.

"If the second bridge went forward, it would be one of, if not the largest, new piece of transportation infrastructure in the state," he said.

When asked whether the town can reserve the right to pull the project, Rooney did not directly respond but reminded selectmen that MaineDOT has obligations to the state and not just to the town.

"With that said, we started this study when we were invited by the town of Skowhegan," he explained to the Journal. "If there's any new, substantive data, we can reconsider. If it's ‘I don't like this location,' it's not substantive information that we can take to agencies. It needs to be data-driven based on something that can change."

The talk of adding a second bridge to alleviate traffic congestion through downtown Skowhegan on the existing Margaret Chase Smith Bridge has been ongoing for decades. That structure currently handles about 25,000 vehicles a day, which includes nearly 1,000 tractor-trailers that slow traffic. By comparison, the Casco Bay Bridge in Portland handles about 30,000 vehicles a day.

The most recent efforts to build a second bridge in Skowhegan began in 2019, after earlier attempts failed because of disputes over a traffic bypass. As part of the agreement with state officials, though, the town is not considering a bypass.