Smaller HDD Rod Size Makes All the Difference for Dakota 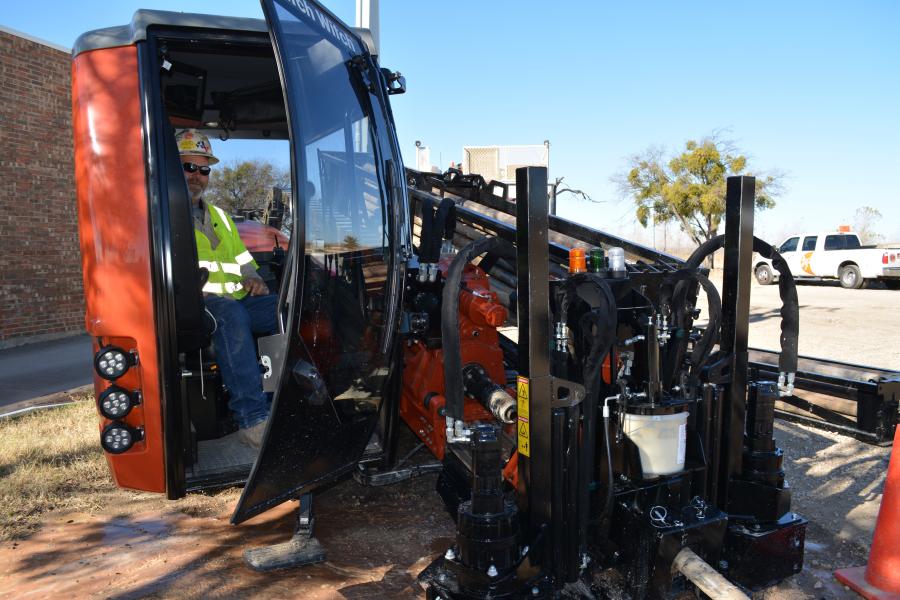 Bigger is not always better — at least in the case of horizontal directional drills and their rods.

When the city of Benbrook, Texas, called on Dakota Utility Contractors Inc. to relocate existing utility lines under Highway 377, Dakota President Aaron Graff knew that the right combination of power and precision would be the key to successfully drilling the 500-ft. lines, at a depth of 12 to 14 ft. in the time allotted — all while avoiding the existing sewer, water, fiber, gas and electric lines. (Fiber and gas lines are frequent players in a utility contractor's worst nightmares.) 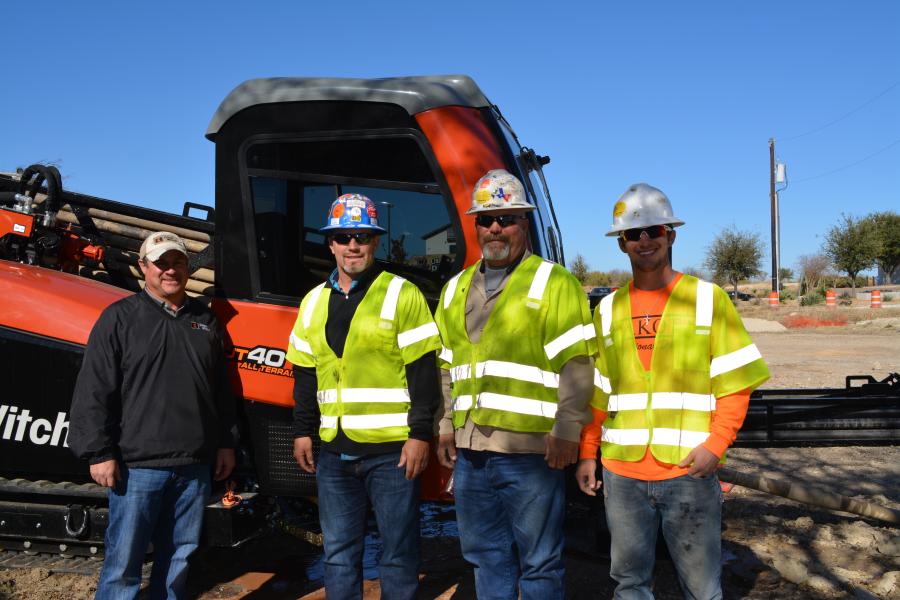 Longtime users of Ditch Witch directional drills, the company reached out to Rick Stiffler of Witch Equipment Co. Inc., the Dallas-area dealer, about the new JT40 all terrain directional drill.

Aaron Graff and his brother, Perry (company supervisor) knew that the AT40's power would not be a problem, with its 160-hp., Tier IV diesel Cummins power, resulting 40,000-lbs. of thrust and pullback. What really caught their attention, though, was the new, smaller rod diameter — down to 3.096-in. from 3.5-in. on earlier models.

"The smaller rod size makes all the difference," Perry said, as he exited the redesigned cab of Ditch Witch's newest offering.

Stiffler added, "the three-inch rod size gives contractors much more flexibility, and with that, better maneuverability. Simply put, it's easier to steer."

Aaron Graff had lobbied for the smaller rod size when he heard that Ditch Witch was coming out with the AT40.

"They were very responsive to the input we offered," he said.

The job called for reaming a 24-in. hole under 377 at two different locations under the busy city street. An 18-in. casing ultimately would house two 6-in. polys.

Aaron Graff said the machine, the ninth Ditch Witch drill in his fleet, but the first AT40 ever sold in Texas by Witch Equipment, performed well.

"This rig is exactly what we had been looking for on this job," he said. "Other rigs would have done it, but it would have taken its toll.

"This rig will cut reaming time in half," he added. "At our current workload, it will pay for itself in less than two years."

The increased power over its predecessor (the AT4020) and reduced rod diameter were not the only features that attracted Graff to the AT40. Its compact size, improved operator interface, and cab comfort were important factors, as well.

In addition, he saw the 15-ft. pipe length, along with the 390-ft. of total onboard rock rod pipe capacity, as boosts to overall productivity.

Among the other features offered on the AT40 include:

• A wireless remote allows the operator to position the rig when not in the cab (replaces the tethered system);

• A full-screen/full-color monitors with optional Subsite Commander 7 Guidance system, which displays the navigation of the bore; and

• An increase in power, which allows for a larger reamer. 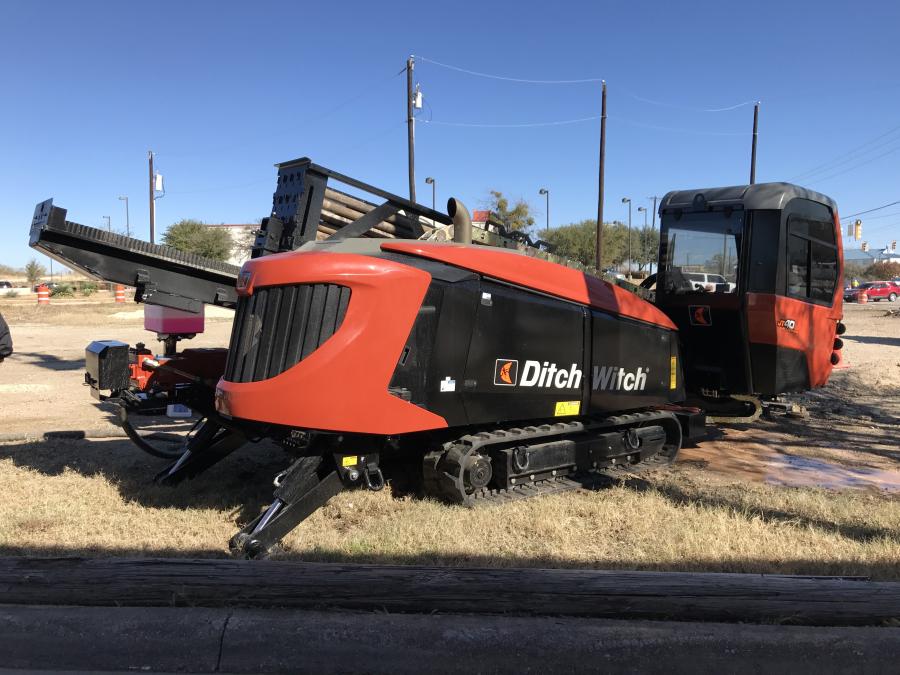 Dakota has been so impressed with the performance and efficiency of the AT40 that it has since purchased three of them from Witch Equipment.

Dakota's purchase of the AT40s is a continuation of a great working relationship with Stiffler and Witch Equipment Company, and service is a major component of that.

"I call with a problem and they are out to the job site the same day or the following morning," Perry Graff said.

Founded in 2000 and headquartered in Ennis, Texas, Dakota Utility Contractors is a nationwide company specializing in directional boring services for both commercial and residential customers.

The family-owned company, which employs more than 130 people, has a lot of experience with horizontal drills, having "gone through" 43 in their 18 years in business, according to Aaron Graff, president of Dakota Utility Contractors, which has been a Ditch Witch customer since 2004. In all, the company has 18 directional rigs (ranging from 20,000 to 250,000 lbs.), and plan to add another two over the next 12 months.

While 90 percent of Dakota's work is in Texas, it is not unusual for the company to be called on to do work anywhere in the United States. Dakota's reputation for unmatched expertise in utility drilling, along with its fleet size and a $10 million umbrella insurance policy qualifies it for high profile jobs like the refinery job the company recently completed in North Carolina.

Aaron Graff said he likes to keep 17 of 18 rigs active every day.

"There really is no utility work that we can't do," he said.

Utility work makes up about 40 percent of Dakota's work, while pipeline contracts account for the other 60 percent.

Established in 1960, Witch Equipment Co. Inc. is a third-generation family-owned business. Witch Equipment is based in Fort Worth, Texas, with a branch in Hewitt, Texas (Waco), serving the North Texas area.

As a perennial Top 10 Ditch Witch Dealer, the company has a proven track record in the underground construction equipment industry, and the customer support that goes with it. The company sells and leases a broad line of trenchers, plows, and rock saws; mini-skid steers; directional drills; vacuum excavation units; and is also an authorized dealer for the full line of American Augers HDD equipment, including mud recyclers.