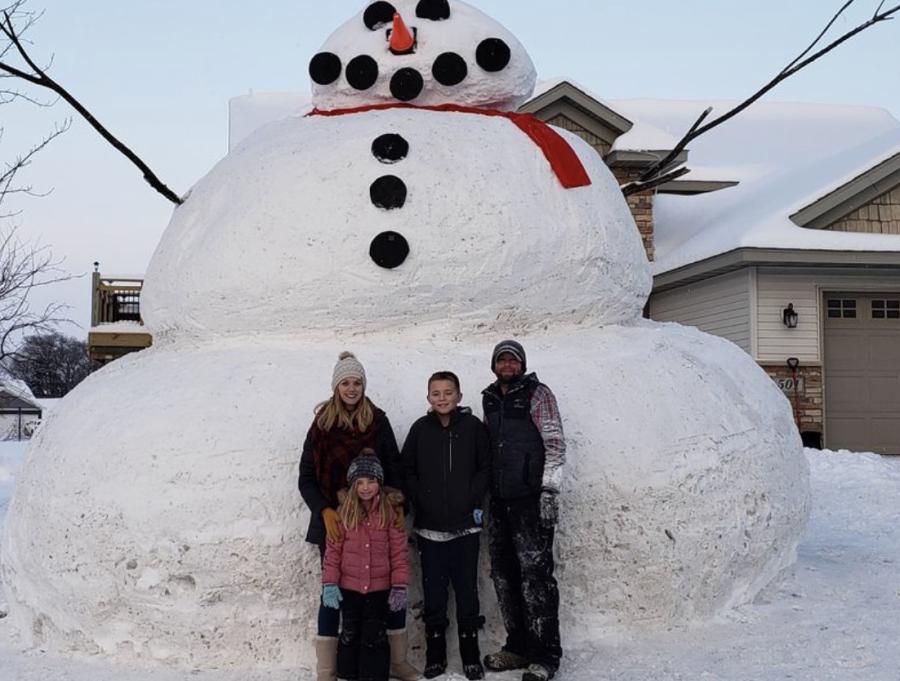 Eric Fobbe and his family pose in front of the 20 ft. snowman they created beside their home.

Winters are long in Minnesota, and a general contractor from a small town near Minneapolis has found a creative way to fill the cold days and impress the neighbors at the same time.

Eric Fobbe of Buffalo, Minn., spent a recent weekend building a 20-ft. snowman that now looms over the street like a fat, frozen colossus.

Fobbe and his family accomplished the feat with the help of a Case skid steer loader, a snow blower, a shovel and other miscellaneous tools to form the gargantuan body. The snowman's buttons, eyes and mouth are made of wooden circles that Fobbe cut, spray-painted black and then set into the snow with dowels.

The Minneapolis area recently was buried under 20 in. of snow, according to local news reports, which gave the Fobbe family plenty of raw material.

The giant snowman, the second Fobbe has built, is 7 ft. taller than last year's effort. CEG