The reason for expanding production at the Longview plant was to service their customers’ growing market demand in the Pacific Northwest. 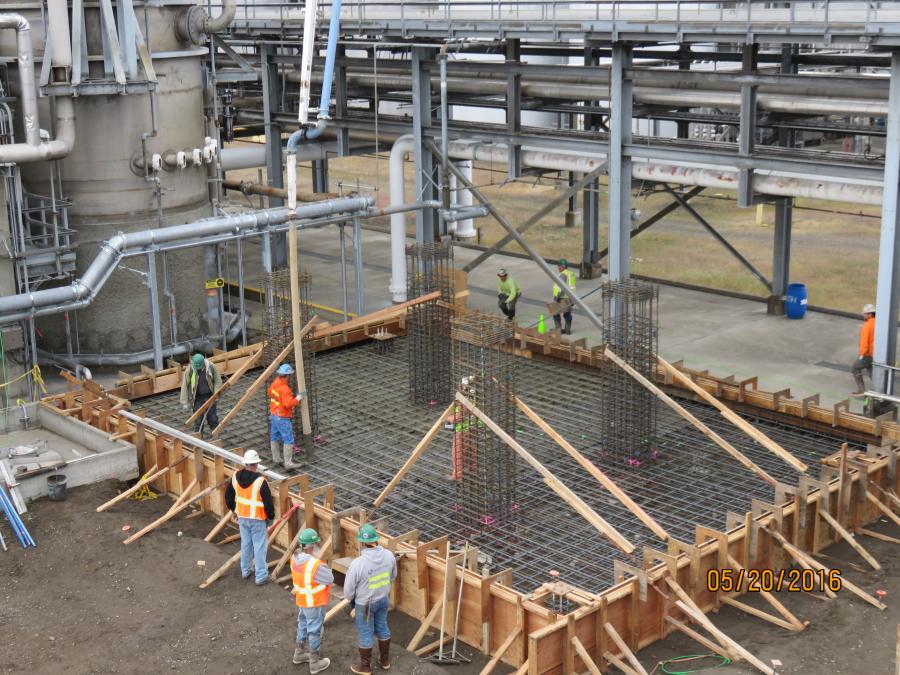 The pulp and paper industry may be traditionally associated with the production of pulp from wood for use in newsprint and other paper products, but there is an emerging pulp market that Solvay Chemicals is looking to capitalize on, and it's the reason behind their $22-million expansion of their hydrogen peroxide production plant in Longview, Wash.

“We used to call it the pulp and paper market,” said Marcie Peters, head of Solvay's Peroxide Business in North America, “but today we simply call it the pulp market, which is more comprehensive and focused on this high-growth segment.”

Also known as the pulp plus market, this emerging market uses alternative fiber technologies to produce pulp from other renewable sources, such as wheat straw, sugar cane residue, or other organic waste products.

“We think now that the timing is right for a big push by U.S. manufactures to find sustainable solutions” when manufacturing their products, she explained.

And although the source of the pulp is changing, the bleaching and chemical processing agent of hydrogen peroxide, which Peter credits as being the most environmentally friendly, remains the same.

Solvay's Longview plant is one of two plants in North American which produce hydrogen peroxide; the other plant is located in LaPorte, Texas. The Longview plant primarily supplies the West Coast, Canada and into Montana and Idaho, while the LaPorte plant supplies the Midwest and East Coast. Peters said that the reason for expanding production at the Longview plant was to service their customers' growing market demand in the Pacific Northwest, not only in the pulp market but also for the electronic-grade hydrogen peroxide serving the electronics market.

The expansion, which consists of both above- and below-ground work, is dubbed the “Titan Project”, according to Michael Banigan, the former plant manager and current project manager for the expansion. It's the third expansion at the plant since its commissioning in 1989. He said that to produce more peroxide, the plant needed additional hydrogen manufacturing capabilities.

“The key to our process is the availability of hydrogen, which we make by extracting the hydrogen molecule from methane [nature gas],” Banigan explained, and a portion of the expansion project called for installing another methane steam reformer to increase hydrogen production.

Hydrogen peroxide (H2O2) is manufactured through a three-step process that starts with combining oxygen and hydrogen in the presence of an organic molecule, a substituted anthraquinone. This “working solution” is circulated through pipes looped throughout the plant before entering a reactor where the hydrogen molecule is attached in the presence of a catalyst. The solution is then filtered to remove the catalyst.

From there, it travels to the next sector of the plant where the oxygen molecule, which Banigan described as “basically just compressed air,” is attached. The third and final step is extracting the aqueous solution (now hydrogen peroxide) from the organic molecule and then it is “cleaned” and stored for sale. The organic molecule is then recirculated to begin the process again.

The detail engineering for the expansion started in late 2014, and Solvay contracted with Atlanta-based HyrdoChem to design and build the new methane steam reformer unit. The Longview office of JH Kelly was awarded a significant portion of the Solvay plant above- and below-ground construction, as well as receiving the award from HydroChem to construct the methane steam reformer.

In March 2016, the site preparation began and included excavation and pile driving of the 144 16-in. (.4 m) augercast piles for both the reformer and the peroxide area (where the auto-oxidation process will occur). Other work also started in March included pouring the 1,800 cu. yds. (1,376.19 cu m) of concrete needed for the mat slab equipment foundations and installing the underground process drainage and electrical systems.

“The first part of the job was to make sure we had all of the underground and foundation work done so when the vessels started to arrive, we could just lift them off their transport vehicles and place them right on the pads,” Banigan explained.

Construction over the summer involved the above-ground phase of the expansion. For the methane steam reformer, its process vessels and process equipment are installed on skids, and Banigan said that all the skids and vessels were installed by the end of June. Crews interconnected the skids and installed the off-skid piping, along with installing the electrical, instrumentation and utilities. The reformer is scheduled for completion on October 14th, and he said they anticipate meeting their schedule.

The end of June also saw the start of the above-ground phase for the auto-oxidation peroxide plant, the installation of several 30-ft.-tall (9.14 m) and 15-ft.-diameter (4.57 m) peroxide vessels and fabrication of the piping. A horizontal degasser vessel, that when fully loaded weighs 600,000 lbs. (272,155.4 kg), and its structural support is also being constructed. This work has to be closely coordinated with the methane steam reformer work to ensure both areas are connected together in October.

At peak construction, Banigan estimated that there will be 80 crafts people on site, and of the 43,000 estimated construction man hours required to complete the expansion, about 9,000 work hours have been expended.

One aspect of the Longview plant and its expansion that both Peters and Banigan emphasize is its safety record.

“Longview has a fantastic safety record; to take on projects this large, and accomplish this without any safety incidents up to this point is really remarkable,” Peters said, with Banigan adding that “when we select a contractor, one of the criteria we use is to make sure they have a robust safety program and JH Kelley, in addition to the other contractors on the job, certainly does have a very good safety program.”

Banigan said that they hired three new positions as a result of the expansion but don't anticipate needing additional positions to operate the plant since it's fully automated. And even though the expansion isn't even finished, Solvay is already anticipating future growth beyond what the current expansion can fulfill.

“The Longview expansion was made with the idea that there would be a second phase,” Peters explained. “There is no specific date because it will be directed solely by market demand and the need for Solvay to provide the security of supply our customers have come to expect from a market leader.”