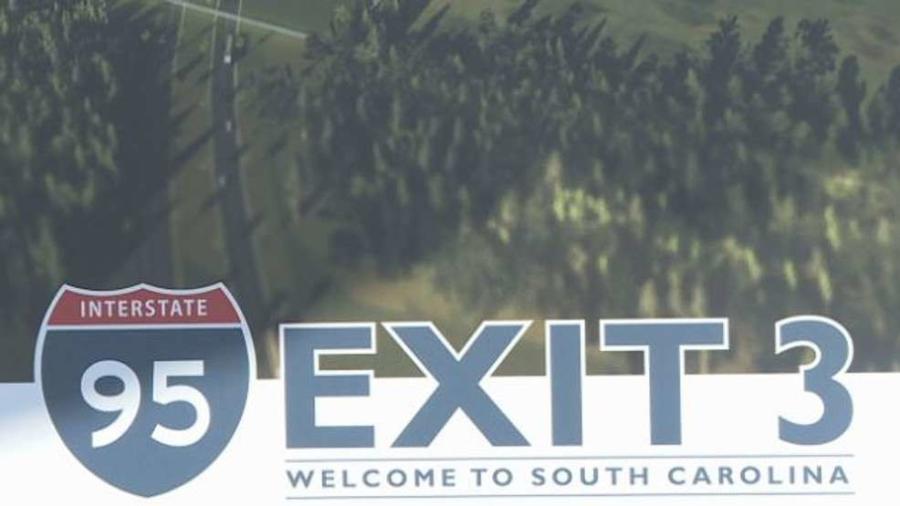 The long-awaited Exit 3 off I-95 in Hardeeville, S.C., is closer to reality, as a Sept. 21 press conference made clear. But it's still unclear when construction will begin, how many jobs it's expected to create, and what the economic impact will be.

State and federal officials, including South Carolina Gov. Henry McMaster and U.S. Sen. Lindsey Graham, gathered to celebrate the economic opportunities Exit 3 will bring to the rural area at the southernmost tip of the state.

"This is [one of] the most transformative events in the state of South Carolina," Graham said. "It's an opportunity to bring businesses and new people to a county that can use all it can get. I'm all in."

Graham said the project will encourage young people to stay in Jasper County, even though that's been a challenge in the past.

McMaster said Exit 3 is "going to be an economic engine."

"This particular project is one that was a long time coming, but it is here," McMaster said. "This is going to open things up. Our future is bright. All we have to do is be careful, communicate, collaborate and work with each other."

In July, the S.C. Transportation Infrastructure Bank approved Jasper County and the City of Hardeeville's request for a $28.1 million grant and a $28.1 million loan to help build the new interchange at Purrysburg Road and I-95. Plans call for it to help connect traffic to U.S. 17 and U.S. 321. The project got final approval from the South Carolina Joint Bond Review Committee in August.

Hardeeville Mayor Harry Williams said the I-95 exit project has been a long time coming, adding that it was in the works before he took office in 2016. He said the optimistic timeline is to complete the interchange by the start of I-95 widening from Yemassee south to Georgia, which won't begin until 2023.

The $82.4 million I-95 Exit 3 interchange is closely connected to the RiverPort Commerce Park development and the highly anticipated Jasper Ocean Terminal, an area full of growth opportunities. The project is expected to be funded by state and local contributions.

Although it's still unclear what Exit 3 will do for the area's economy, McMaster, other state officials, and Southern Carolina Alliance CEO Danny Black said the development will be "even bigger" than the recently announced $314 million Agricultural Technology Campus in Early Branch, which is slated to bring 1,500 jobs to the area and increase total economic output in Hampton County by $7.4 billion over 15 years.

The event Sept. 21 was held at the RiverPort Commerce Park in Hardeeville, located in an Opportunity Zone approximately 4 mi. from I-95's Exit 5 and less than 10 mi. from the Port of Savannah in Georgia.

S.C. Sen. Tom Davis has been a major advocate for the projects since they began, including securing the recent funding for Exit 3.

"It's our region's turn," Davis said. "Our region for the next 10 years is going to lead the way in job opportunity and economic growth."

Exit 3 and the developments surrounding it are Jasper County and Hardeeville's hope not only to compete with expansive growth in neighboring Beaufort County and Savannah, but also to revitalize the doorway to the Lowcountry.

Jasper County and Hardeeville have continuously grown since the 2010 census, with Hardeeville recently named one of the fastest-growing cities in the Lowcountry. That is likely the result of more homes being built along U.S. Highway 278 and Argent Boulevard corridors to Beaufort County, namely the Sun City Hilton Head, Latitude Margaritaville, Hilton Head Lakes and Hearthstone Lakes neighborhoods.

For many, the I-95 Exit 3 project represents more than just an interchange.

"This isn't about a new road," Williams said. "It's about a new corridor of opportunity."