The mayor's award is offered each year to companies or individuals as a way to recognize preservation work. 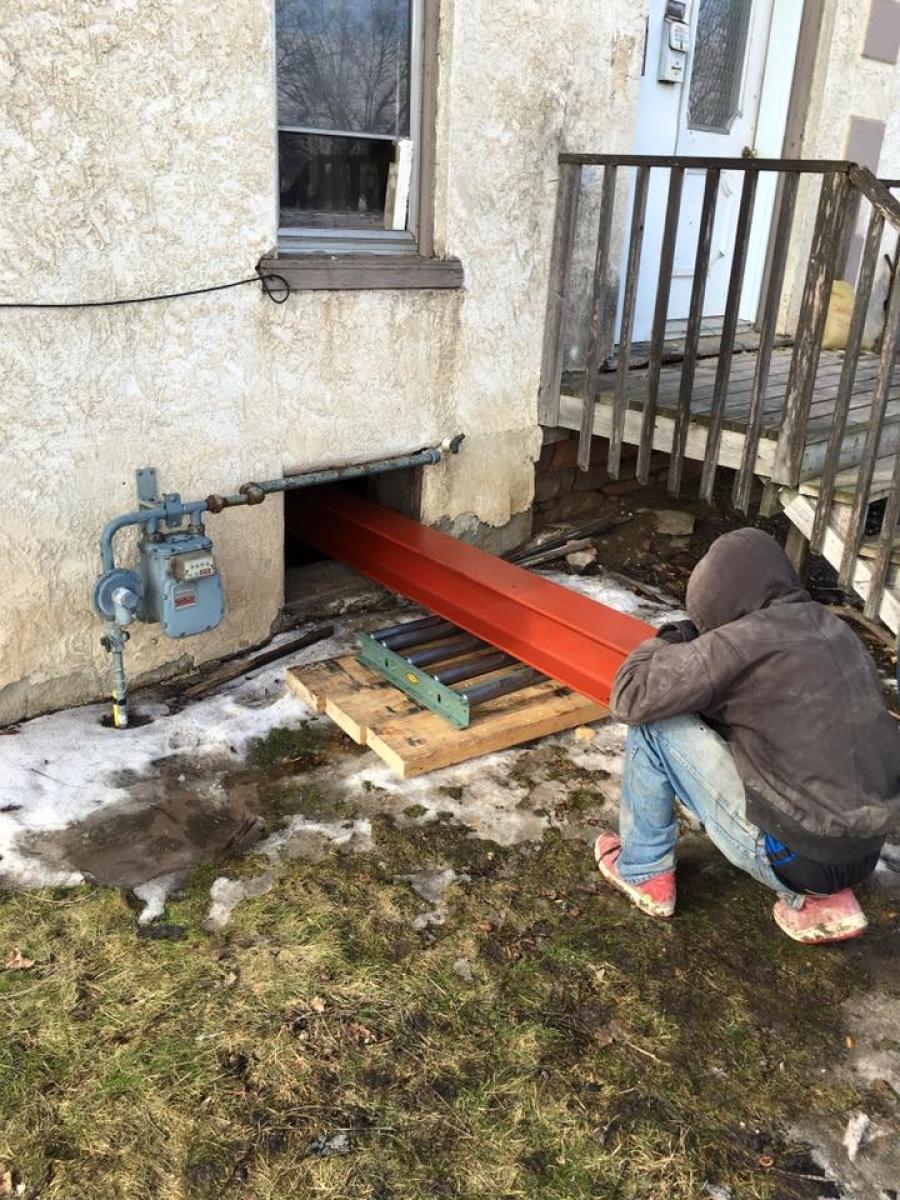 No one else seems to see these homes.

Or maybe they don't care to look past a rough exterior.

John Koch feels lucky each time he buys a house near the core, discovering a forgotten vestige of Sioux Falls' history.

Lucky, because he's the one who gets to restore them to their former glory.

"They're hidden behind trees and bushes," Koch told the Argus Leader .

Koch, 38, has made a living of looking beyond those trees and bushes for a project. As a result, he's helped reshape Sioux Falls' core by preserving some of the city's oldest, most unique housing stock.

John Koch Construction was one of two companies recently honored by City Hall for their mindfulness of Sioux Falls' historic places. He received the 2017 Mayor's Historic Preservation Award for restoring a house on Spring Avenue.

The home, now an eight-unit rental, is just one of Koch's passion projects. They dot the neighborhoods around downtown, including rentals and single family homes in the All Saints, McKennan Park and Cathedral neighborhoods.

"I just appreciate the fact that he does a really nice job," said Diane deKoeyer, a city planner who serves as liaison to the city's historic preservation board. "He's doing it because he's really proud of Sioux Falls and wants to be able to give back."

Many date back to Sioux Falls' earliest days, built and lived in by men and women pivotal to the city's history. His company has renovated about 100 homes and is currently working on six projects including a house designed by Wallace L. Dow, the architect who designed the state penitentiary and the Old Courthouse Museum.

An affable man with a natural sense of curiosity, Koch was at the museum enough to become friends with one of its researchers.

"There was so much pride in these old houses when they were built," Koch said.

At the Spring Avenue house, he took out all the original door knobs, soaked them and cleaned them with a wire brush. Materials just aren't the same in new construction, Koch said. In the older homes he buys, even after years of disrepair, there are oak floors, glass-tile bathrooms and massive fireplaces.

Attention to detail and a love of history are family traits.

Growing up in central Sioux Falls, Koch did maintenance work for his father at some of his rental properties. Dan Koch worked in real estate and started investing in multi-family housing in the 1970s. He started bringing his son to jobs when he reached middle school age.

Dan remembers something his son told him, about a year before he decided to stay home and start renovating homes instead of returning to Montana for college.

"He said I just can't picture myself with a little necktie on," Dan said. "Wanted to work for himself."

The mayor's award is offered each year to companies or individuals as a way to recognize preservation work. Perspective Architects will also receive the award this week for its work on the former Illinois Central Roundhouse building downtown.

Both Koch and Perspective were honored Wednesday at City Hall, before the regular meeting of the city's historic preservation board.

"The board works hard to make sure we are retaining some of that history," deKoeyer said. "By showing the community that a home like this one can be preserved."