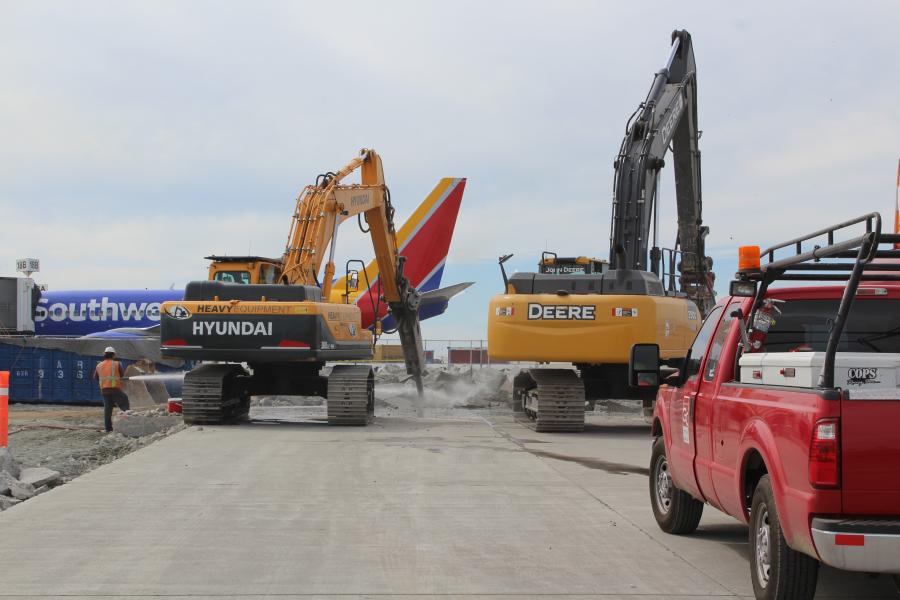 A $509 million construction project is under way to improve and modernize Southwest Airlines' Terminal 1 at Los Angeles International Airport (LAX).

The airline is undertaking a renovation program for Terminal 1 to improve the terminal interior, the outdoor aircraft parking ramp area and the traffic flow around the Central Terminal Area.

Southwest Airlines will provide the upfront funding of the project, but will be reimbursed by Los Angeles World Airports (LAWA) as components of the project are completed.

Terminal 1 opened in 1984 and is in need of modernization to accommodate the needs of a technology-rich, post-9-11 world. More than 8.6 million passengers used the terminal in 2015, the latest year for Terminal 1 passenger statistics.

Because building systems are nearing the end of their useful life in the space, construction crews will replace them with more efficient, environmentally-friendly equipment. The upgrades include: a new consolidated security screening checkpoint, a fully automated checked baggage inspection and sorting system, an integrated passenger waiting room and concessions program, refurbished arrival and baggage claim area, replacement of the passenger boarding bridges, renovations to airline support office space, relocation of the main entrances towards the west end of the building to ease traffic congestion, new ramp pavement and hydrant fuel system improvements.

Construction began in summer of 2014 and is expected to conclude in spring of 2018.

The project features 19 union trades working under a local project labor agreement. About 270 crafts workers are on the job each day.

Some special equipment is being used as well including a vacuum truck and GPR scanning equipment. The two items are used to prevent disruption of underground utilities.

Workers will lay about 33,000 cu. yds. of concrete over the course of the project.

As they work, construction crews must be careful not to interfere with an operational terminal. Crews are not only working with concrete and steel, they are installing a considerable amount of glass. Construction of larger window areas is part of the Terminal 1 project.

“The project will increase the glass around the terminal by 80 percent,” said Matt Barakat, project manager of Los Angeles World Airports.

Passengers will benefit from a brightened ticketing lobby with additional windows allowing more natural light. In the TSA screening area, new, more efficient screening systems are expected to save time and shorten lines.

Once past the security screening checkpoint, passengers will experience a modernized concourse that includes redesigned waiting areas with additional seating, larger restrooms and an updated mix of concession offerings.

Concessions will be open and inviting with seating that allows a visual connection to the gates and flight information displays. Two full-service restaurants are planned for the space along with a variety of quick-service restaurants, grab and go food offerings, as well as retail stores and gift shops.

Concessions also are planned on the arrivals level near the new-and-improved baggage claim to serve the needs of arriving passengers and those meeting and greeting them.

The terminal's renovation also will address a condition that impacts the experience of all LAX users, congestion at the intersection of World Way and Sky Way.

By reorganizing the interior uses of the building and shifting the skycap, ticketing lobby and main entrances to the west end of the building, additional roadway distance is created for merging traffic to maneuver to the curb after the intersection.

The reorganization also creates additional curb length to accommodate curbside passenger drop-off and pick-up and takes pressure off the intersection to ease congestion.

Southwest Airlines is working to mitigate construction impacts to passengers by conducting most of the work during off-peak hours. Passengers will notice construction barriers and may hear some work-related noise.

The construction team asks that travelers pardon its dust during the renovation process.

Construction also means some changes at Terminal 1. Portions of the drop-off lane on the upper-departures level in front of Terminal 1 were closed until March of this year.

The entire drop-off lane is closed weeknights from 10 p.m. to 4 a.m. while a canopy is constructed over the sidewalk.

“We've worked closely with our LAX Station Leadership Team and LAWA throughout the Terminal 1 modernization with construction happening in a phased approach,” said Michelle Agnew, a spokeswoman of Southwest Airlines. That allows for continued operation of about 120 daily Southwest Airlines flights out of LAX, she said.—CEG