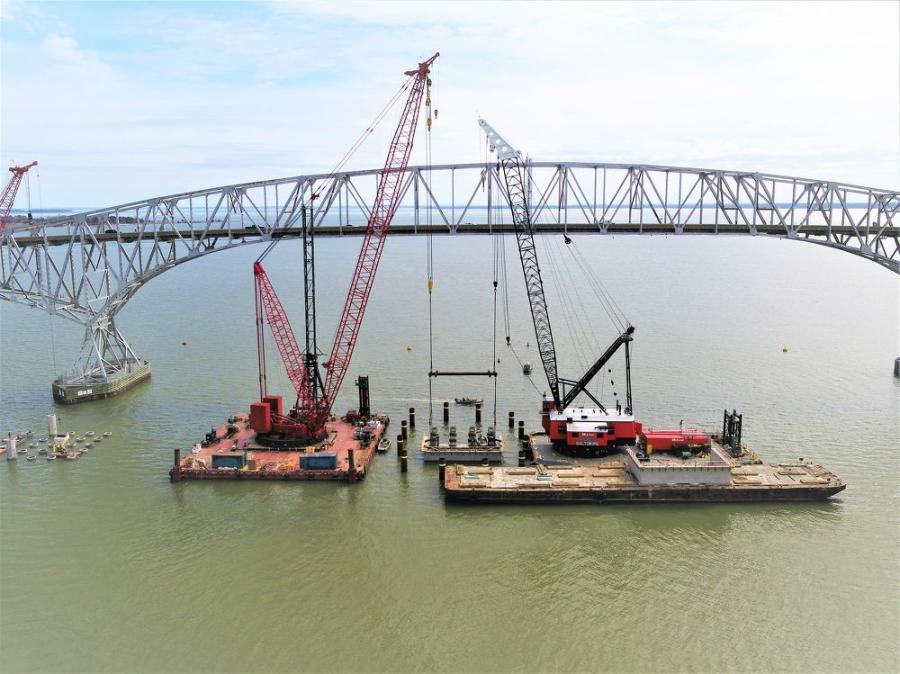 The construction of a new Potomac River crossing from Charles County, Md., to King George County, Va., is well under way for the Maryland Transportation Authority (MDTA).

Thousands of Marylanders depend on the Nice/Middleton Bridge daily for work, business and recreation. With one narrow lane in each direction, problems include frequent congestion and traffic issues. 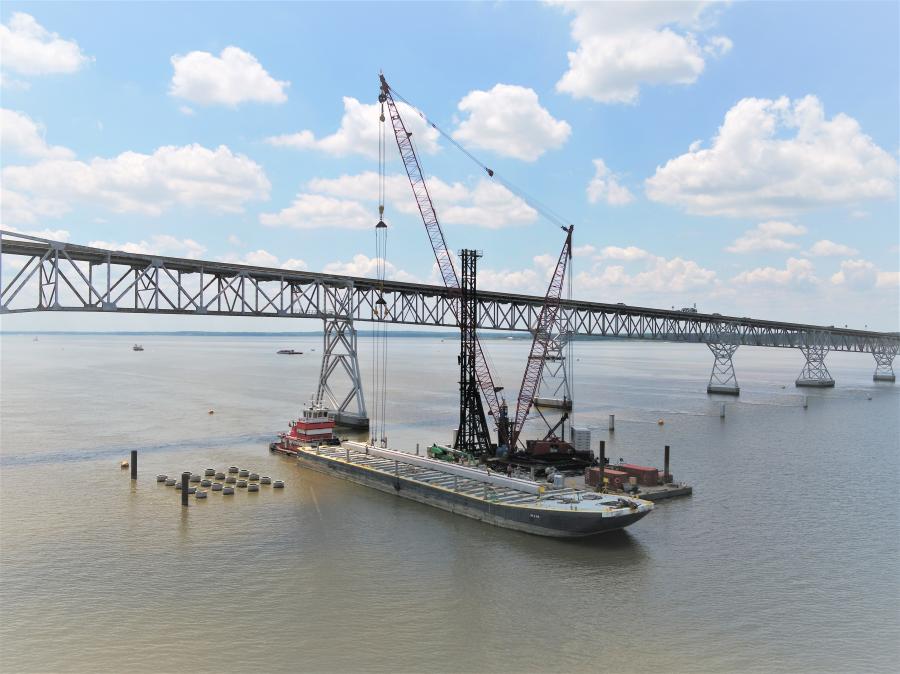 Funding for the construction of the new bridge was announced on Nov. 21, 2016, by Maryland Gov. Larry Hogan, who noted that the completion date would be seven years sooner than the legislatively mandated plan.

"From the start, our administration has consistently taken every step necessary to expeditiously push forward with this much-needed replacement project and going forward we will continue to push to ensure it's completed as fast and efficiently as possible. Simply put, Marylanders deserve better than the daily congestion caused by the current bridge and with the construction of this new bridge, they will finally get it."

The new bridge is being built north of and parallel to the existing 1.7-mi. bridge and will include two lanes of traffic in each direction and a barrier-separated bicycle and pedestrian path.

MDTA was able to reduce the initial $1 billion price tag of the project by more than $200 million by taking a practical design approach to the new bridge.

The new span reportedly will have a 100-year service life. It will double the vehicle capacity with four 12-ft.-wide lanes, replacing the old bridge's two 11-ft.-wide lanes. In addition, safety will be improved by the installation of a barrier-separated median between east- and westbound lanes, the addition of 2-ft. shoulders and other improvements that meet current safety standards.

Lane-shifting safety issues at toll booths will be eliminated by replacing them with all-electronic tolling. Tall ships will be able to pass beneath its 135-ft. clearance.

Plans are to have the bridge open to traffic in early 2023.

According to John Sales, public affairs manager, all of the MDTA's projects and services are funded through tolls paid by the customers who use the MDTA's facilities. 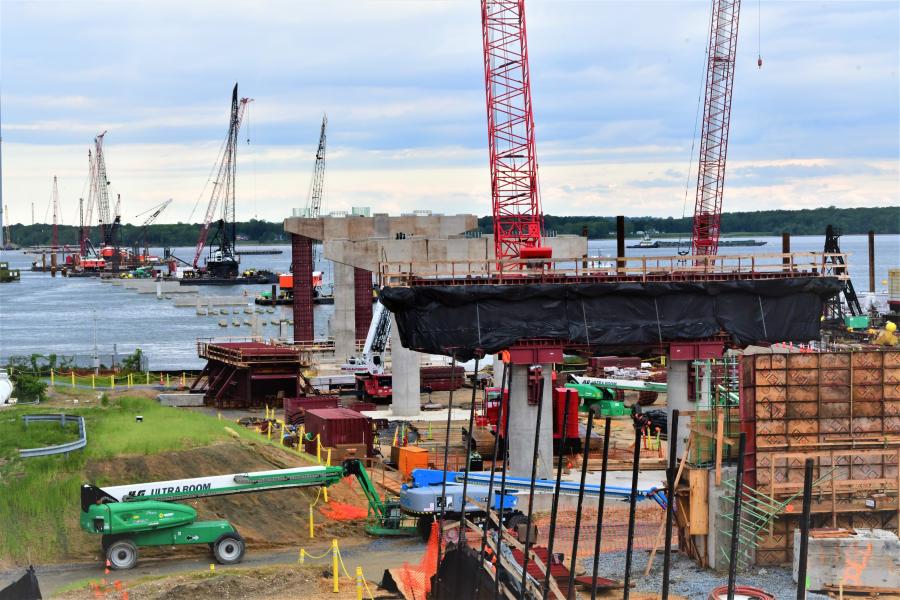 The MDTA is self-sufficient and receives no gas tax, motor vehicle fees or other revenue in the Transportation Trust Fund. The MDTA facilities are fully financed, operated, maintained, improved and protected with toll revenues paid by customers using those facilities.

Sales reported that the SCM team comprises three of the largest local marine contractors in the Chesapeake Bay region, with both local and national experience building complex bridge projects over water.

"Completed in 1940, the existing bridge is structurally reaching the end of its useful life," Sales said. "The new span's four, 12-foot-wide lanes with two-foot shoulders will double capacity and improve safety, while enhancing emergency response and maintenance/inspection activities."

The project will provide a new, four-lane span that will be aligned with the existing roadway approaches in Maryland and Virginia.

According to Sales, the design leveraged a combination of prestressed concrete girders in the low- and high-level approach spans with haunched steel girders over the main channel. The substructure and foundations vary from pile bents to concrete columns and caps on waterline footings. 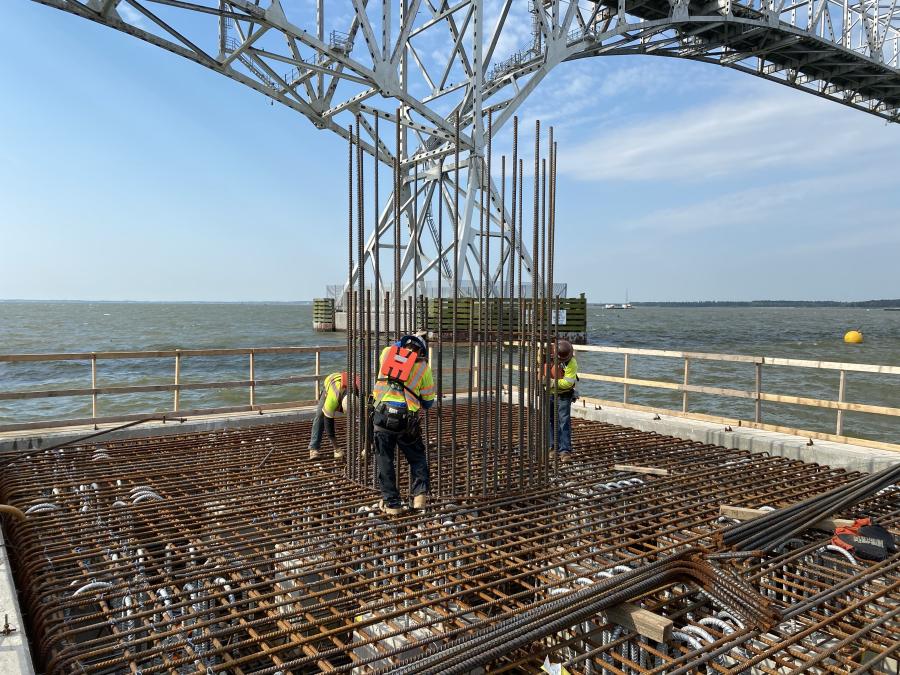 Also in the contract are engineering studies and reports required to meet the contract or permit requirements or to address any comments from MDTA or other agencies related to meeting or modifying the contract or permit requirements; general coordination with MDTA; additional data collection (including surveying, geotechnical, etc.); environmental compliance and permit activities (including obtaining permits as described in the contract and implementing mitigation measures); community relations and public outreach; traffic control design, implementation and maintenance including the preparation of a transportation management plan; maintenance of project site(s) including mowing, watering and dust control; and obtaining all required permit modifications from the appropriate regulatory agencies for any additional impacts to roadside trees, stormwater management, erosion and sediment control, or any other impacts not authorized by the original permits and approval.

Implementation of any required mitigation or remediation for additional impacts not included in the permit or due to any non-compliance with the permit conditions are also included, as well as ITS design and construction; electronic tolling related work and demolition of the existing Nice/Middleton Bridge.

"Construction on the water is a dynamic environment that presents significant opportunities and unique challenges unlike those associated with land-based construction," Sales said. "The risk and complexity of working in the water are heightened by the project's two-mile length and water depths of up to 80 feet. Notwithstanding, safe execution of every element of work is always our top priority."

He noted that the project was established with an aggressive construction schedule in order to open the new bridge in early 2023.

"Construction began in March of 2020 at the onset of the COVID-19 pandemic," he said. "A year into construction, we're on pace to meet our deadline."

Sales stated that operationally, another challenge is boaters speeding through the work zone, throwing off large wakes that put workers in danger.

"Due to a proactive campaign led by MDTA and through cooperation and partnership with the Maryland Department of Natural Resources and the United States Coast Guard, we've successfully established a six-knot speed limit half a nautical mile north and south of the project," he said. "The team has worked with marine law enforcement agencies to establish a police presence on the water and implemented a multifaceted ‘Make No Wake' public education campaign to help keep bridge construction workers safe throughout the corridor."

Sales stated that the project is currently the largest bridge project in the state of Maryland.

"The project is unique in that this two-mile long bridge spans two state lines, which requires collaboration and cooperation from two state and local government agencies and many additional stakeholders such as utility providers," he said.

The construction is unique in that the bridge provides a navigable main channel envelope, which provides 135 ft. of vertical clearance in deep water areas for tall ships navigating the Potomac River. 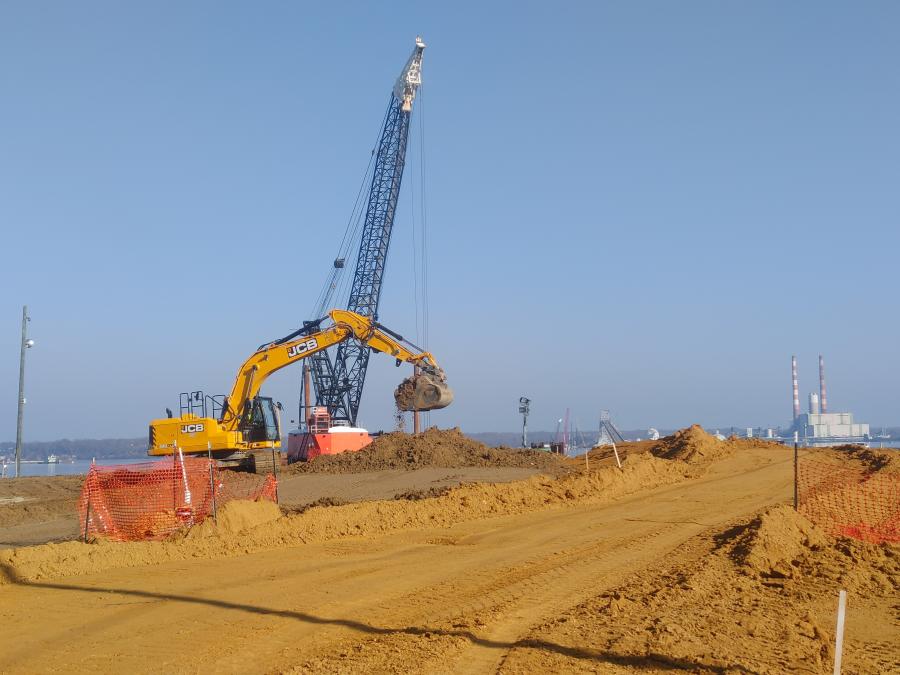 Materials from the demolished bridge will be used to create an artificial fish reef. In addition, MDTA and SCM are partnering with the Potomac River Fisheries Commission and Maryland Department of Natural Resources to fund oyster seeding in the lower Potomac River basin.

The first of 33 pier footing bathtub forms was set on March 3. Nicknamed "bathtubs" because they create giant tubs when placed, the form was lifted by a high-capacity floating crane from a barge and placed atop a set of previously-driven piles.

Following the crane movement, the bathtub was lowered into its final position and supported by hanger system. Next, the holes in the tub were sealed and filled with rebar and concrete to serve as a platform for bridge columns rising from the river to support the deck of the future bridge.

Form-placing work started in mid-February and will finish by the end of the summer. The forms weigh as much as 195 tons (the weight of 135 average-weight cars) and measure 30 ft. wide by as long as 52 ft. (the size of a small house).

The bathtubs serve as the bottom and side forms for pile caps that will support the columns of the new bridge. Within the tubs, construction of the pile caps involves setting steel rebar cages and pouring concrete to complete the foundations. This innovative forming method reduces both construction time and environmental impact as compared with traditional cofferdam construction that has been used to build bridges for centuries.

There are currently 16 cranes on site for the project, with 14 of them on the water. Additional cranes are anticipated over the coming months.

There are six tugboats, one crew boat and nine passenger boats assigned to the project.

It also includes 26 football-field sized barges that are used for concrete placement, lay down, materials delivery and other jobs.

Various earthwork equipment also is being used and 60,000 cu. yds. of concrete is being batched on site.

Total steel, both reinforcing and structural, totals 18 million lbs., which is equal to 4,378 average-weight cars, according to the USEPA 2020 Automotive Trends Report. 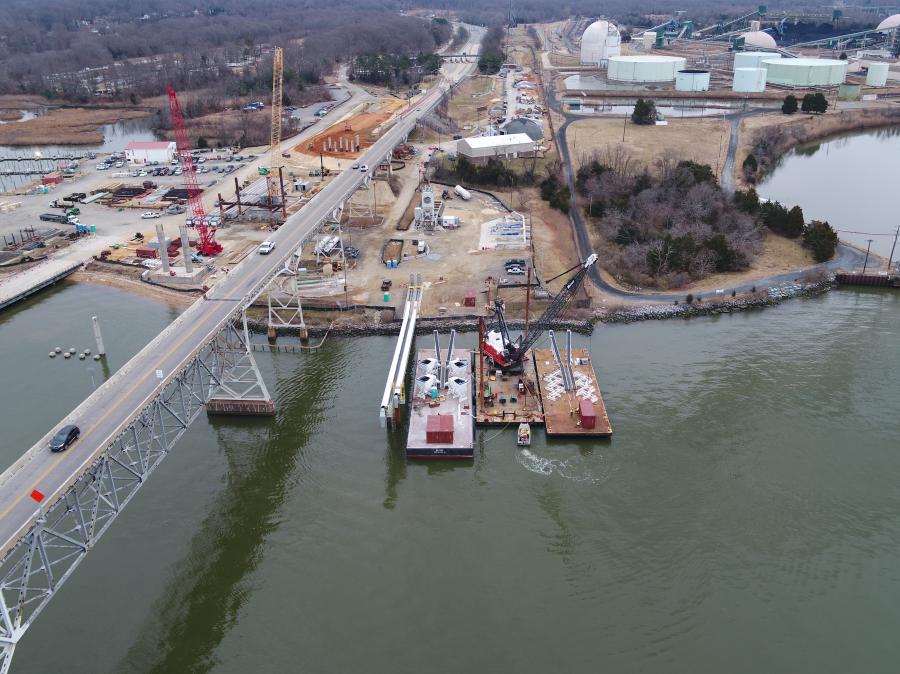 The project employs roughly 500 employees including MDTA, SCM and subcontractors and suppliers.

Due to the location of the bridge, the project includes its own dedicated concrete batch plant. Concrete is transported from a Treyco Dry Batch Plant capable of producing up to 175 cu. yds. per hour and mixed in trucks before being deposited onto a series of conveyor systems that transport the concrete from land to water.

Concrete from the conveyors is placed into a series of transport barges, each outfitted with six agitators capable of carrying 90 cu. yds. of concrete. These transport barges are then moved out to the point of placement, where the concrete is transferred into a remixer and then pumped through a placing boom to the intended final location.

This project is anticipated to support an estimated 1,180 jobs per year over five years. CEG