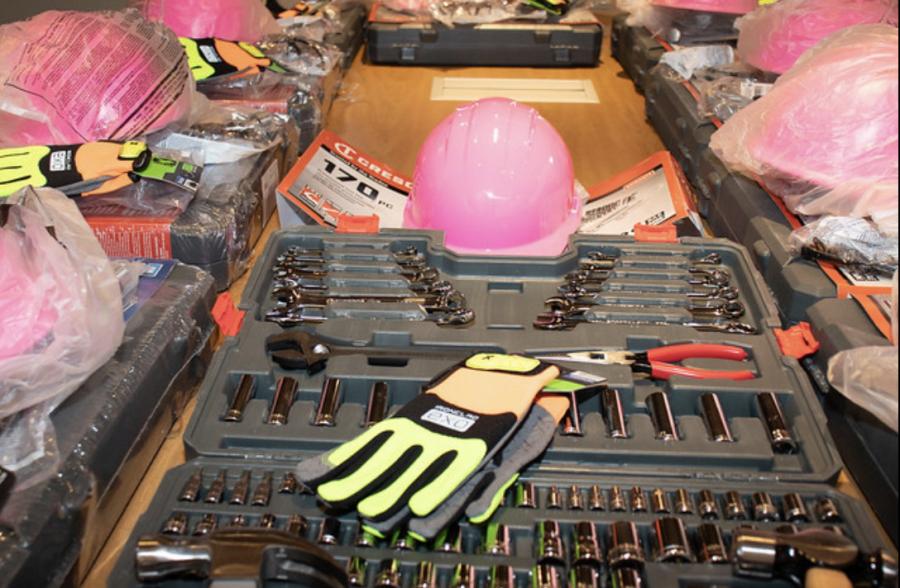 About 35 percent of the 600 graduates of the academy so far have been women.

ADOT has hosted many sessions of its Construction Academy during the past six years. But the latest one held at the beginning of March in Phoenix was still a momentous first.

That's because all the participants in this academy, which ran from March 2 to 13, were women. And that was by design. Though the Construction Academy sessions are available and beneficial for minorities, veterans and members of other economically disadvataged groups, including those who are unemployed, this time around it was decided to specifically target underrepresentation by women in the construction field. According to the U.S. Department of Labor, only 9 percent of construction workers nationally are women.

If paticipants have perfect attendance, they also receive a set of tools valued at $200.

And this training is especially beneficial to women. It helps them craft a powerful resume when they apply to work on federally funded projects, where contractors must adhere to regulations on representation by women and members of other economically disadvantaged groups. Beyond that, the larger goal of the Construction Academy is to help all participants view construction as not just a job but a viable career.

Though this was the first targeted session, ADOT's Construction Academy has already done a good deal to help more women enter the industry. About 35 percent of the 600 graduates of the academy so far have been women.

Three-quarters of all Construction Academy participants have gone on to work in the construction field as flaggers, commercial truck drivers, heavy equipment operators, highway surveyors, electricians, carpenters, painters, pipe fitters, concrete finishers and block masons. Depending on the position, they start out earning $14 to $24 an hour, and sometimes more.

There are seats available for Construction Academy sessions in April and May. You can find more information or learn how to apply on the ADOT website.