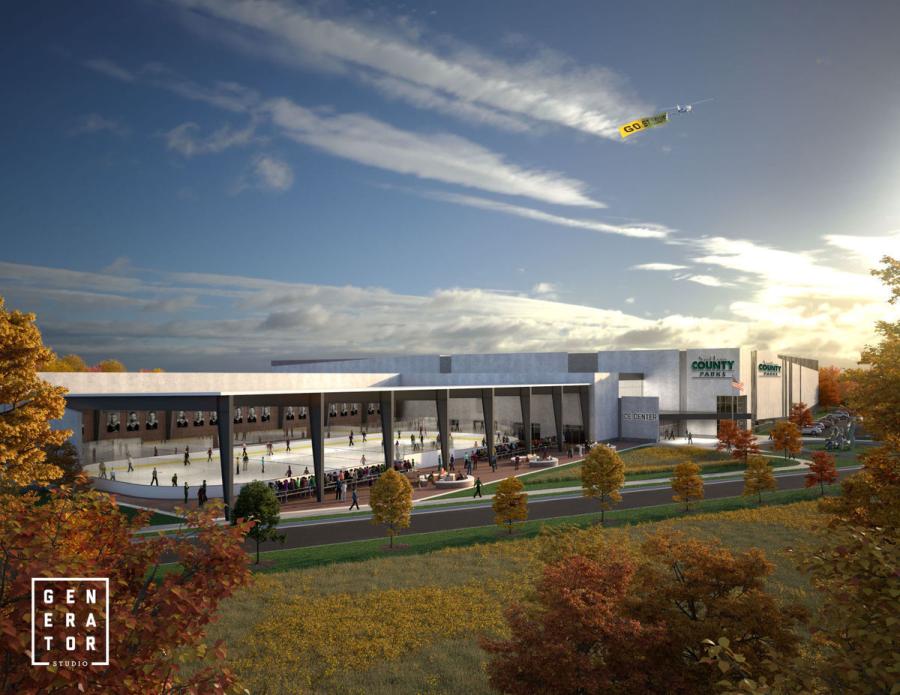 A rendering of the proposed ice complex.

The St. Louis County Council's chairman is seeking a delay in permits for construction of a new St. Louis Blues practice facility, saying project approval was based on potentially "incorrect, misleading or incomplete" information.

The St. Louis Post-Dispatch reported that Sam Page said in a proposed resolution that County Executive Steve Stenger's administration underestimated the number of users of Creve Coeur Lake Park, where the ice arena would sit.

Stenger in a statement called Page's claim of being misled "inexplicable" and says the action is "pure political posturing." Both Page and Stenger are Democrats.

Advocates said that in addition to a practice facility for the Blues, the four-rink facility would provide space for youth and amateur hockey.