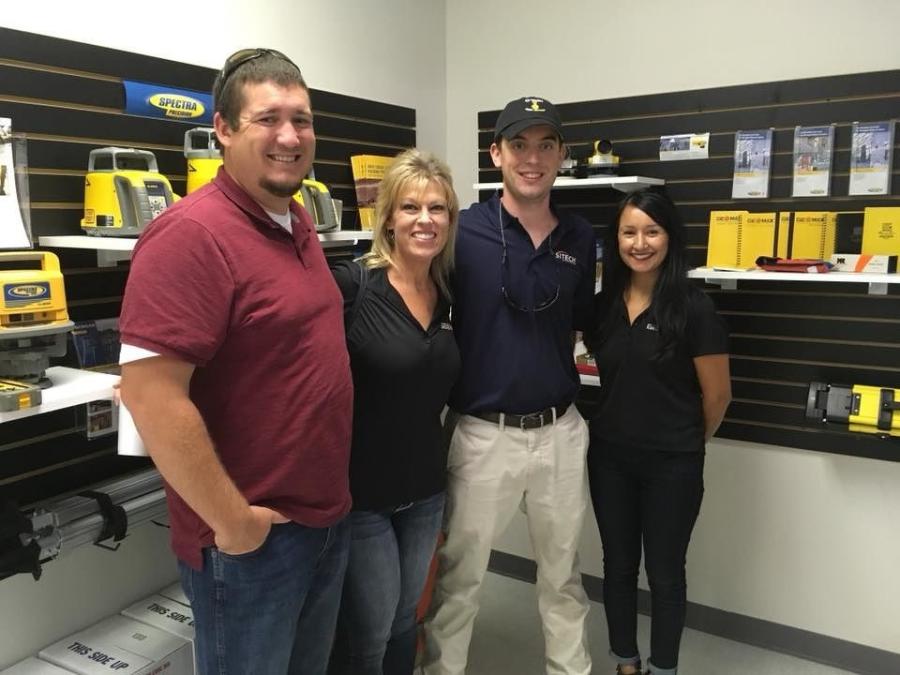 A spot-on example of a symbiotic business relationship can be found between S.T. Wooten Corporation and SITECH Mid-Atlantic, both located in North Carolina.

With its headquarters in Wilson, S.T. Wooten is one of the top construction companies in the state and, since its formation in 1952, has become well known for its top-notch heavy construction, commercial/residential work and engineering/design-build.

SITECH Mid-Atlantic is based in Charlotte and serves both the Carolinas and Virginia with four locations. The dealership provides the construction technology products, services, training and support customers need to successfully automate their construction projects. At the same time, SITECH Mid-Atlantic helps them to meet demanding production requirements.

The Raleigh, N.C., SITECH store was recently renovated and enlarged about 30 percent before reopening Oct. 3. The location is 4805 Green Road, Suite 110, on Raleigh's northeast side, where it has been for years. 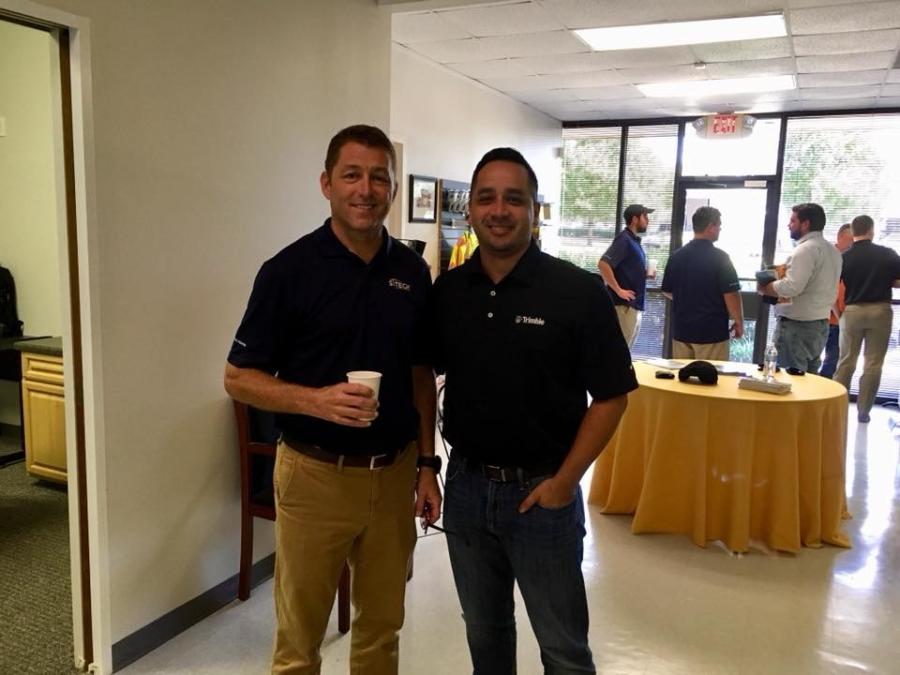 Boasting new shelving and fixtures as well as new products, the Raleigh store will continue to offer Trimble and Spectra laser and GPS equipment. It also will stock various survey supplies such as flagging tape, stakes and measuring devices for local survey crews. Accessory items also are on hand from vendors like GeoMax, Rite in the Rain, Seco, ChrisNik, and others.

The new and improved store is set to serve the SITECH Mid-Atlantic customer base in central and eastern North Carolina with supplies, repairs and continuing sales and service of Trimble machine control systems.

SITECH Mid-Atlantic is a Trimble dealer and sells Trimble products through its Construction Division. Trimble provides a range of positioning solutions for more productive and precise work in engineering and construction, surveying, fleet management and field service. The maker applies innovative positioning through its GPS, laser, optical and inertial technologies, as well as wireless communications and application-specific software that link positioning to productivity.

As S.T. Wooten is based in the eastern part of the state, with projects spread from Greensboro to Raleigh to points east, it has chosen to work with SITECH's location in the capital city in getting the positioning systems it needs on its heavy equipment.

Danny Wrench is the senior GPS engineer at S.T. Wooten and uses the SITECH gear on his large stable of heavy highway and paving equipment, in which precision is paramount to a job's success. 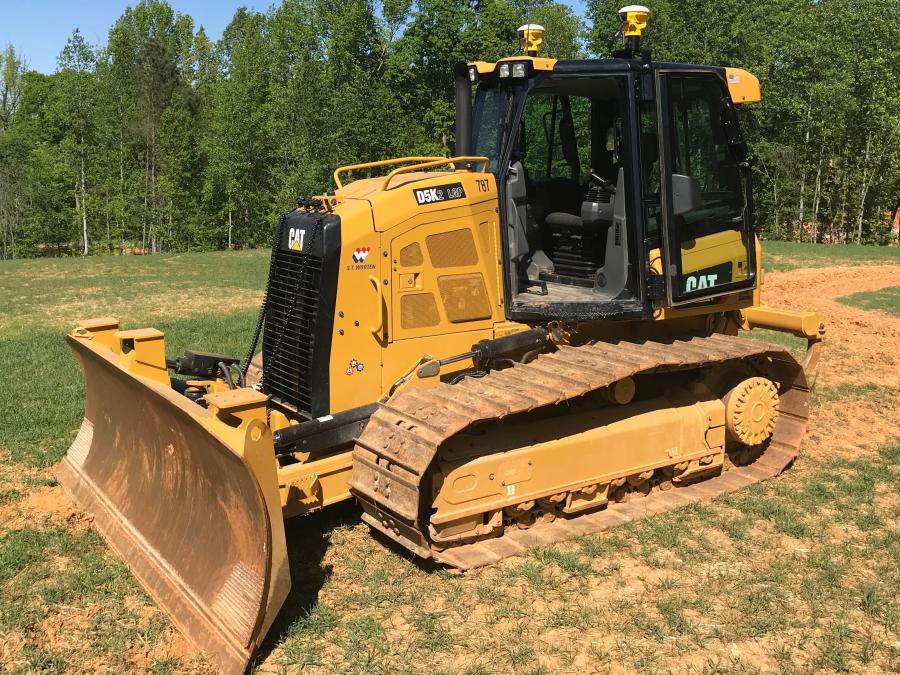 "We primarily use SITECH's products for the grading on the heavy highway side and the commercial side, and we use some of the 3D equipment on some of the paving," he explained. "It speeds the process up a lot. Plus, we can have a more accurate product in the end. We utilize a 3D model that is built and digitally put into the equipment's control box so the machine knows where it is located. In addition, we use the robotic instruments supplied us by Trimble to position the paver. The result is the paver always knows where it is located, as far as elevation and location. It is pretty operator-friendly, and we have been using it for about two years now."

Wrench also was enthusiastic about Trimble's new Earthworks Grade Control Platform, designed to help operators do more in less time than ever before. Companies like S.T. Wooten that use Trimble Earthworks can exceed productivity expectations across jobs of all types.

"On our excavators, we have 3D control grading and Trimble/SITECH have come up with the Earthworks program that runs off Android-type tablets — something that is no problem for the younger guys to use because it is all touch screens," he said. "Plus, they are able to see the machine operate in a 3D world and it helps make it easier for them to visualize that they are moving dirt."

S.T. Wooten does a large amount of site work, Wrench said, which is the side of the business in which he specializes. As a result, he interacts closely with SITECH Mid-Atlantic. 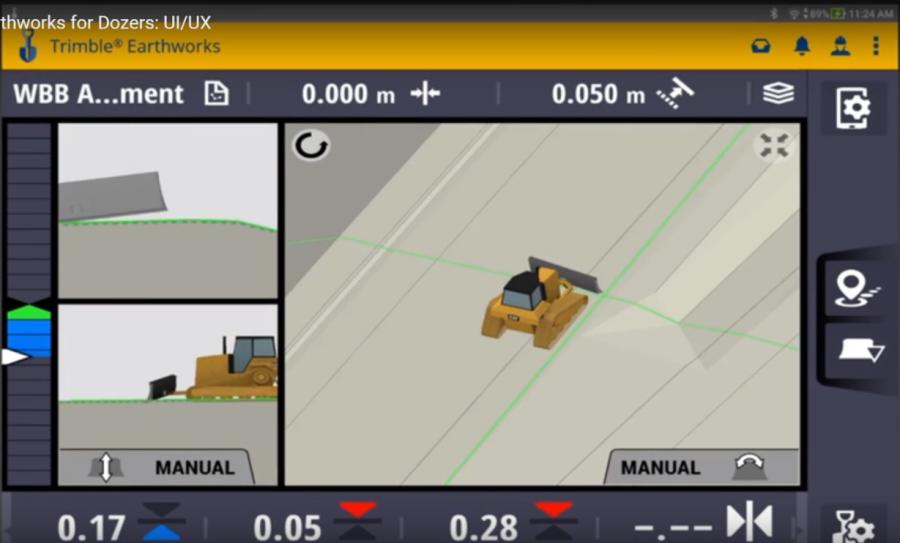 "I mainly build the GPS models that go into our machines to keep them operating precisely using Trimble's Connected Community, which helps you manage and share information," he explained. "Now, I can build the model, put it on the Internet and shoot it right straight to the equipment. Building the model can vary, depending on its complexity, from a day to a week, but once that is done, I can get it in the machine in five to 10 minutes. We take a CAD from the engineer that designed the site and turn it into a 3D digital terrain model before putting it into the machine.

"We use the Trimble/SITECH GPS components to read the 3D models on our excavators, graders and dozers, which are our bread and butter."

S.T. Wooten has turned to SITECH Mid-Atlantic for just this kind of help since 2003, Wrench said.

"They have been a solid part of our success at this company," he added. "The upgraded SITECH store in Raleigh is great for us as they made it a bit bigger and they now carry many of the other supplies we need to do this type of work, like survey equipment. Before, we went to other companies, but now we can get all we need from SITECH in one location.

"Part of what makes them so good is what happens after the sale. The fact we buy Trimble products from them is great in itself, but their continued support is just phenomenal. If we run into a problem, we just pick up the phone and they are there. SITECH has several tech guys in the Carolinas to help us out and our operations are rarely delayed very long as they are Johnny-on-the-spot with their service."

"S.T. Wooten most commonly gets gear from us to put on its most popular heavy equipment," Patierno said. "For instance, we recently installed the Trimble Earthworks platform for grade control on one of SITECH's Caterpillar D5K2 small dozers. They also have several of our Trimble CCS900 Compaction Control Systems on some of their rollers to get a more uniform surface and to increase their efficiency."

He added that many of S.T. Wooten's foremen and surveyors have been outfitted with different handheld devices to assist in making site work easier.

"Our latest item is called the TSC7 Controller, a palm-sized device with a 7-inch daylight-readable screen on it that allows them to see details that can also be seen on the heavy machinery, as well," Patierno explained.

When the Raleigh SITECH location was remodeled, it was done to carry more of the latest and best products, but also to upgrade the capabilities of its service area. It is calibrated to do minor service work and staffed with technicians that can perform more system checks and separation work for the field.

"Having some extra space in which to do that has been great," said Patierno, himself a former service and support tech. "Most problems can be fixed quickly in Raleigh, and our remote repairs for S.T. Wooten are done both physically and via remote connectivity. As the Charlotte SITECH service hub has always been the largest facility within the company, though, larger fixes go to them.

"What we like to express to people is that we are a technology company. As a Trimble dealer, we are a liaison between Trimble and the end user. We like to maximize anything that can make their machinery more accurate and efficient. Construction businesses spend a lot of money on equipment and we have worked hard to establish a niche in making our products assist their machines to perform more precisely and with greater efficiency."