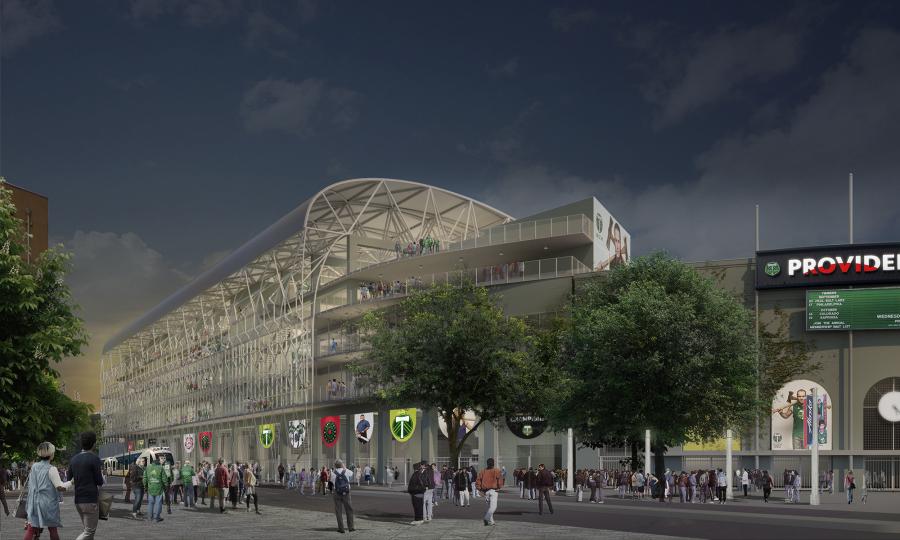 Construction for the Portland Timbers' stadium expansion is well underway.

Work on the project, which will cost over $55 million, began after Thanksgiving, and expected to be complete by spring 2019, The Oregonian reported.

A permanent crane will soon be installed on the site to support the construction of one of the three new levels during the 2018 season, The Oregonian reported.

“We continue to work feverishly, said Mike Golub, Timbers president of business. “We remain on schedule, which is exciting.”