The $29 million project, which relies on a yet-to-be-authorized $23 million state bond, will likely soon be debated as part of a school construction bill in the state's Appropriations Committee. 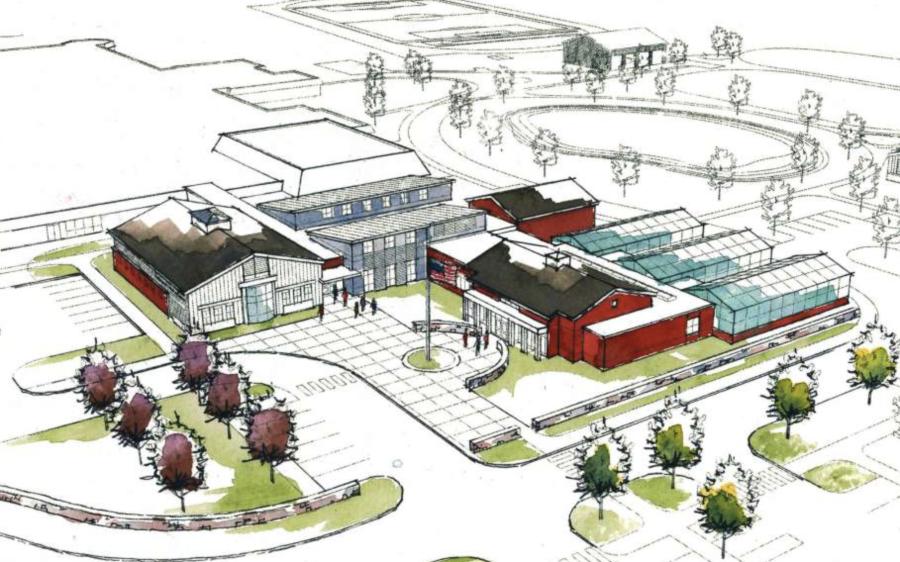 The state department overseeing school construction has given its stamp of approval to Region 12's proposed Agriscience-STEM academy, after once casting doubt on the size of the proposal and even asking legislators to drop it from a list of projects the state should pay for next year.

Melody Currey, commissioner of the Department of Administrative Services, wrote to school officials last week commending their hard work revising the proposal and saying enrollment projections for the academy — which DAS had previously doubted — were “reasonable,” at a projected 139 academy students by 2024-2025.

Currey added that officials had reduced the footprint of new construction, as the commission had requested, to a point where no further reductions are needed.

Region 12 Superintendent Patricia Cosentino said she was glad to hear the state was backing the program.

“We are very grateful for the recommendation from DAS,” Cosentino said. “After careful review, they have found the Shepaug Valley Agriscience program deserves to move through the state legislative process and be funded by the state.

“We are more hopeful than ever that the Shepaug program will become a reality,” Cosentino said.

The $29 million project, which relies on a yet-to-be-authorized $23 million state bond, will likely soon be debated as part of a school construction bill in the state's Appropriations Committee.

Currey, in her letter dated April 6, said the “reservations” that prompted her to ask a state committee on school construction to drop the project from a priority list “have been reconciled.”

But over the past few months, state legislators have voted to keep the AgSTEM alive in meetings of the School Construction and Education committees.

Over that same span, the project and the new construction it calls for were further whittled down, said Greg Cava chair of the School Board's building committee.

Although the space is smaller, the range of classes offered hasn't changed, he said.

“We've worked really hard on this project,” he said. “At the end of the day, we're going to have a great facility.”