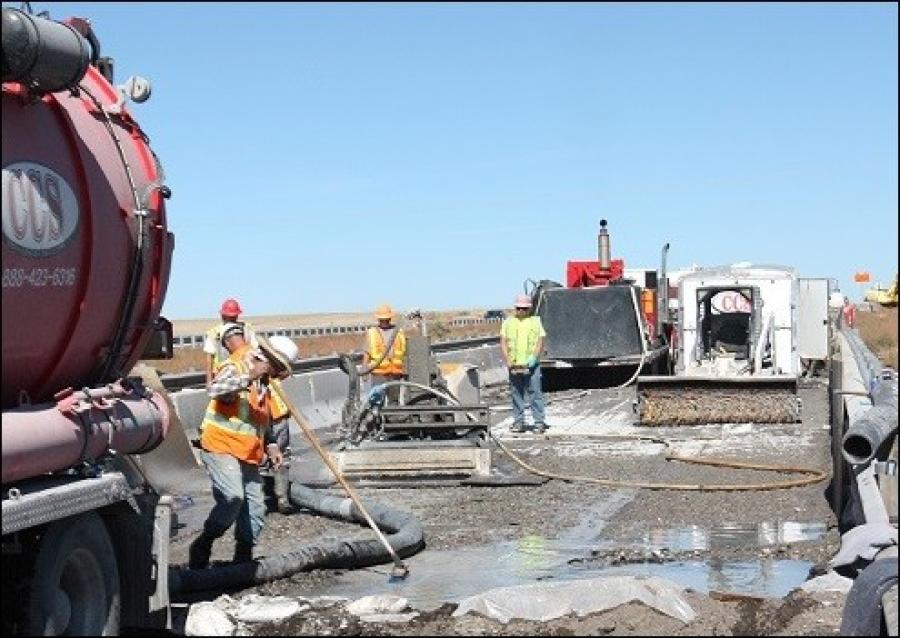 AASHTO said, in a letter signed by Executive Director Bud Wright, that using the existing highway and transit formulas for new project funds would assure the actual project decisions would be made by states and local governments.

The organization representing all state departments of transportation has called on Congress to route new infrastructure appropriations through existing formula-based federal highway and transit programs, and warned against allocating it through discretionary grants.

Using the formula funding systems in the Highway Trust Fund would be "a predictable, equitable, and nationwide distribution of federal dollars" and benefit "urban and rural areas alike," the American Association of State Highway and Transportation Officials said in a Feb. 16 letter as lawmakers try to complete program 2018 allocations under the two-year budget deal Congress recently authorized.

That agreement includes adding $10 billion in each of fiscal 2018 and 2019 for infrastructure funding. The association sent the letter to House and Senate leaders and to key lawmakers in each chamber's appropriations committee.

AASHTO said, in a letter signed by Executive Director Bud Wright, that using the existing highway and transit formulas for new project funds would assure the actual project decisions would be made by states and local governments.

By contrast, it said that allocating federal funds instead through a grant process means the decisions to support specific projects are made in Washington, D.C., and the actual disbursements would face further delays. And with the spring construction season looming, it indicated that could cause further problems for DOTs and transit agencies trying to efficiently complete work they have planned.

"As this year's construction season begins in earnest across the country, it is important that any new funding from the budget act not be caught up in a discretionary grant process that will require project sponsors to develop applications for these funds and then await any award decisions by the U.S. Department of Transportation," AASHTO wrote. "A lack of certainty, especially at this point in the calendar year, creates significant difficulty in advancing these projects in a timely manner through the planning, environmental review, contracting and project construction process."

To underline the point, AASHTO said that at present "for a variety of reasons, much of the congressionally authorized and appropriated discretionary grants in recent fiscal years have yet to be awarded by the USDOT. USDOT is currently reviewing hundreds of applications for $2 billion in FY 2017 and FY 2018 funding for two programs, INFRA and TIGER."

The USDOT took applications through last fast for both 2017's $500 million pool of TIGER infrastructure grants, and an estimated $1.56 billion in 2017 and 2018 INFRA grants it expects to award under a trust fund program authorized in 2015 under the Fixing America's Surface Transportation Act.

Congress included the 2017 TIGER grants when it completed work on that year's omnibus appropriations bill last May, and the USDOT announced Sept. 7 that it would take project applications for grant funding through Oct. 16.

In June it had opened a longer application process for most of 2017's and all of 2018's INFRA grants, which the FAST Act authorized for projects of regional and national significance and those that improve the flow of freight shipments. It required those applications to be in by Nov. 2.

Any added federal funding to such discretionary programs, AASHTO said, "will add to this backlog and run the risk of not being effectively utilized by state and local governments this construction season. The only way to ensure these dollars are dedicated to projects in the 2018 construction season is to distribute the funding through formula programs."

In its letter, AASHTO also urged appropriators to continue to fund surface transportation programs at levels lawmakers authorized in the five-year FAST Act.

However, it again warned that a FAST Act provision that would hit during fiscal 2020 could hurt funding of some highway projects across the country, and asked lawmakers to repeal a scheduled rescission of $7.569 billion in unobligated highway program contract authority on July 1, 2020.

If it remains in law, state DOTs would have to cut their shares of that rescission from a number of specific highway programs, including those that fund major capital projects.

"It is important that Congress repeal this impending rescission now in order to provide stability to the federal highway program," the letter said. "Rescinding unobligated highway contract authority is a budgetary artifice that at best impedes the flexibility of state departments of transportation to meet their individual infrastructure needs, and disrupts transportation planning and timely delivery of projects.

"At worst," it added, "cumulative rescissions may result in hard funding cuts to states at a time that Congress is looking to increase transportation investments."