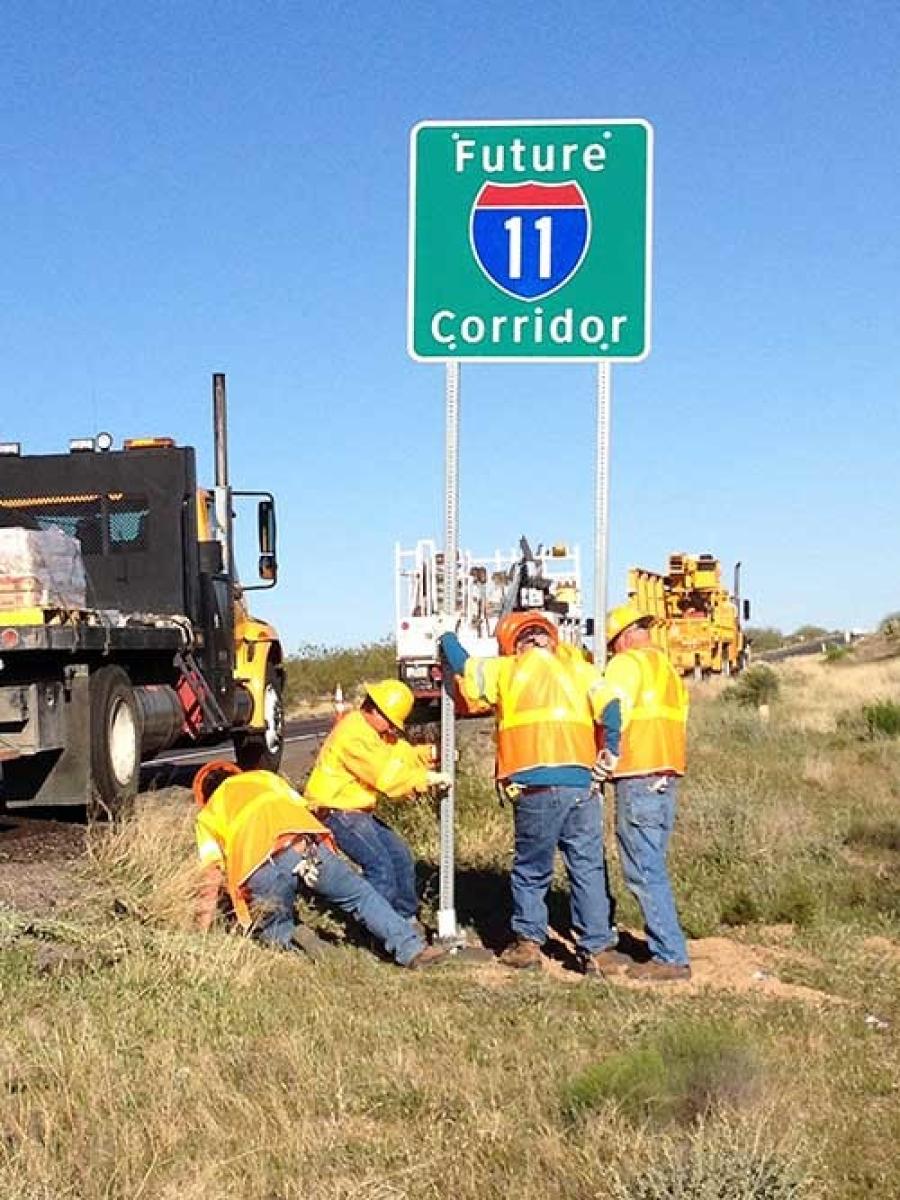 After investing more than half a billion dollars over the past 20 years to turn the primary route between Phoenix and Las Vegas into a modern four-lane divided highway, the Arizona Department of Transportation has committed another $155 million for improvements to U.S. 93 over the next five years.

All of this is with an eye toward an Interstate 11 between the two largest cities in the country not directly connected by an interstate freeway and spanning the state from the border with Mexico to Hoover Dam. Since 2014, signs have marked U.S. 93 in Arizona as the “Future I-11 Corridor.”

“ADOT has spent years investing in the future Interstate 11 and laying the foundation for this border-to-border highway,” ADOT Director John Halikowski said. “We're putting the pieces together today for what I-11 will be in the future. These substantial and continuing investments show our commitment to a corridor that is essential for commercial and recreational travel and also to making Arizona a better place to live and work.”

In addition to the completed and planned improvements to U.S. 93, a $134 million ADOT project beginning next year will upgrade State Route 189, the 3.75-mi. Nogales Highway connecting Interstate 19 with the Mariposa Port of Entry. This route is essential to trade between Arizona and Mexico, the state's largest international trading partner.

In 2015, the Fixing America's Surface Transportation Act, or FAST Act, formally designated I-11 throughout Arizona. It stated that the I-11 corridor will generally follow State Route 189 and Interstate 19 from Nogales to Tucson, Interstate 10 from Tucson to Phoenix, and U.S. 93 from Wickenburg to the Nevada state line.

The designation doesn't include funding but identifies I-11 as a high-priority corridor eligible for federal funding. ADOT continues to work with its federal, state and local partners to identify funding for I-11, which is expected to include a combination of new and existing roadways.

ADOT is currently funding and conducting an environmental study to identify a potential 2,000-ft. wide corridor for I-11 between Nogales and Wickenburg. The Tier 1 Environmental Impact Statement, required by the National Environmental Policy Act, is expected to be complete in late 2019 or early 2020. Tier 2 environmental studies would be required to narrow a corridor into a specific freeway alignment if the build option is selected as part of the Tier 1 study.

As I-11 comes closer to reality in Arizona, U.S. 93 would be upgraded to interstate highway standards, including creating traffic interchanges.

Currently all but 39 mi. of the 200-mi. drive from Wickenburg to the Nevada state line has been upgraded to a four-lane divided highway to improve traffic flow, support the movement of freight and enhance safety through this heavily traveled area. The entire northern segment of U.S. 93 from Kingman to the Nevada state line (mileposts 1 to 68) is now a four-lane divided highway following the completion of a $71 million project in 2010.

ADOT's 2019-2023 Five-Year Transportation Facilities Construction Program includes more than $155 million dedicated to projects to improve U.S. 93 from Wickenburg to the Nevada state line north of Kingman, the designated route of I-11. This includes three projects that will widen an additional 11 mi. of U.S. 93 to four-lane divided highway and the start of right-of-way acquisition for a new U.S. 93 interchange with I-40 in Kingman.

“Interstate freeways are Arizona's Key Commerce Corridors, the foundation moving commerce and connecting friends and families,” Halikowski said. “To remain competitive in the ever-evolving global marketplace, our transportation infrastructure must advance with our state's needs. That's what's behind ADOT's ongoing commitment to advancing U.S. 93 and the concept of Interstate 11.”