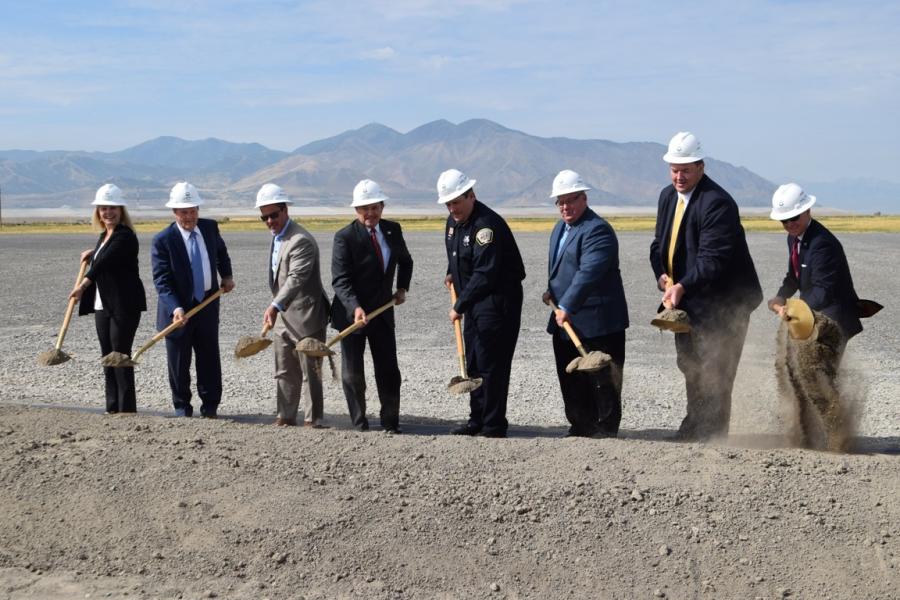 State officials conducted the ceremonial groundbreaking at the site of the new Utah State Correctional Facility.

The Department of Corrections reached a historic milestone Aug. 16 as state officials conducted the ceremonial groundbreaking at the site of the new Utah State Correctional Facility.

The groundbreaking event marked both a celebration of the collaborative effort of government and private organizations to build a new facility, as well as a milestone for paving the way for the future of corrections in the state of Utah.

“This is more than building a building,” said Gov. Gary R. Herbert in his remarks. “This is about restoring lives.”

The facility, located off I-80/7200 West in Salt Lake City, is designed to foster safer and more efficient operations for the incarceration of state inmates. Additionally, it will play an important role in improving public safety for the entire state.

“The future of corrections is all about providing treatment, education, programs and job training we know are proven to help prepare people for successful and safe return to our communities,” said Rollin Cook, UDC executive director.

The facility is slated for completion in late 2020 with inmates moving from the Utah State Prison in Draper in 2021. You can follow the project's progress at newutahstateprison.utah.gov.