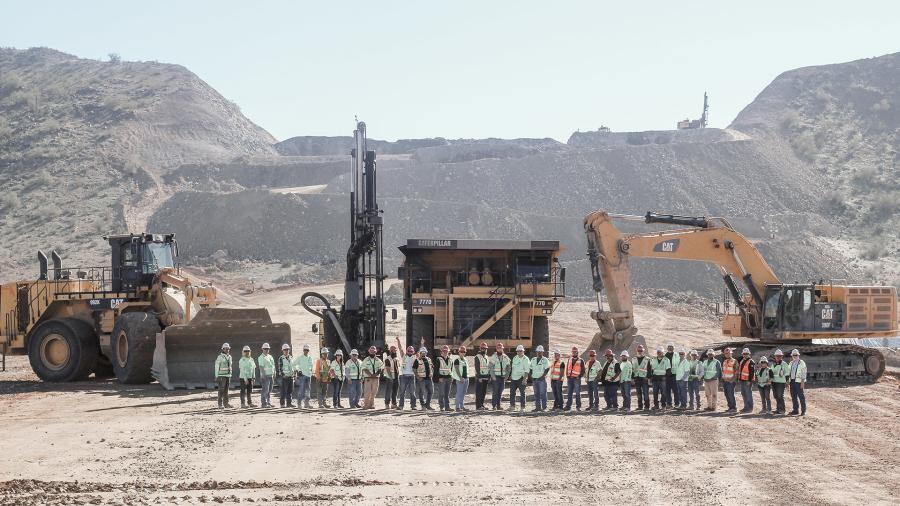 Three of the state's major freeway and highway projects have earned regional awards in a national transportation competition that focuses on efforts to strengthen communities, improve the quality of life and foster a more efficient economy.

The American Association of State Highway and Transportation Officials (AASHTO) announced the Arizona Department of Transportation projects, including the new Loop 202 South Mountain Freeway in the Phoenix area, have won first place awards in the organization's west region.

Fluor Construction was instrumental in building that project

"ADOT is a national model for efficiency and innovation," said Gov. Doug Ducey. "The recent Loop 202 South Mountain project was the largest single freeway project in state history, and it finished three years early with $100 million in savings. I'm grateful for ADOT's work and the value they provide Arizonans."

Loop 202 South Mountain Freeway, First Place in "Best Use of Technology & Innovation, Large Project." ADOT used the Public-Private Partnership method to hire a developer to design and build the 22-mi. South Mountain Freeway as a single project, rather than several sm.aller projects. As part of a total investment of $2 billion, the 22-mi. South Mountain Freeway opened to traffic in December 2019. It provides a much-needed new connection between the East and West Valley regions. Innovations include the developer remaining responsible for maintenance of the freeway for 30 years, providing a win-win partnership for taxpayers, motorists and ADOT.

Interstate 10/State Route 87 Improvement Project, including Dust Detection, First Place in "Operations Excellence, Medium Project." With a focus on safety and improved traffic flow, ADOT completed much-needed third lanes in November 2019 while realigning and reconstructing a 4-mi. stretch of I-10 near Eloy, midway between Phoenix and Tucson. A modernized interchange now connects I-10 and SR 87. The $72 million project also features a first-of-its-kind dust detection system, with weather radar, digital variable speed limit signs, closed-circuit cameras and short-range detectors, along a 10-mi. stretch of I-10 near Picacho Peak. The system is designed to warn drivers, encourage them to slow down in poor conditions and reduce the risk of serious crashes that can occur in a region known for severe dust storms.

State Route 347 Overpass at Union Pacific Railroad, First Place in "Quality of Life/Community Development." ADOT opened the new six-lane divided highway overpass to improve SR 347 traffic flow above the Union Pacific tracks in July 2019. ADOT partnered with the city of Maricopa, Ak-Chin Indian Community and Federal Highway Administration on the $24 million project to eliminate the multiple times each day when SR 347 traffic in Maricopa would be forced to wait for moving or even stopped trains. The overpass has sparked nearby commercial development and job creation while creating a safer way for pedestrians, bicyclists and drivers to get over the tracks.

"Arizonans can be proud of investing in projects that are judged to be among the best in the country," said ADOT Director John Halikowski. "ADOT is focused on safety improvements, moving people and products more efficiently and strengthening the communities and regions we partner with. These awards are a testament to those efforts."