Plans are for the project to be complete in the late fall of 2018/early 2019, weather permitting. 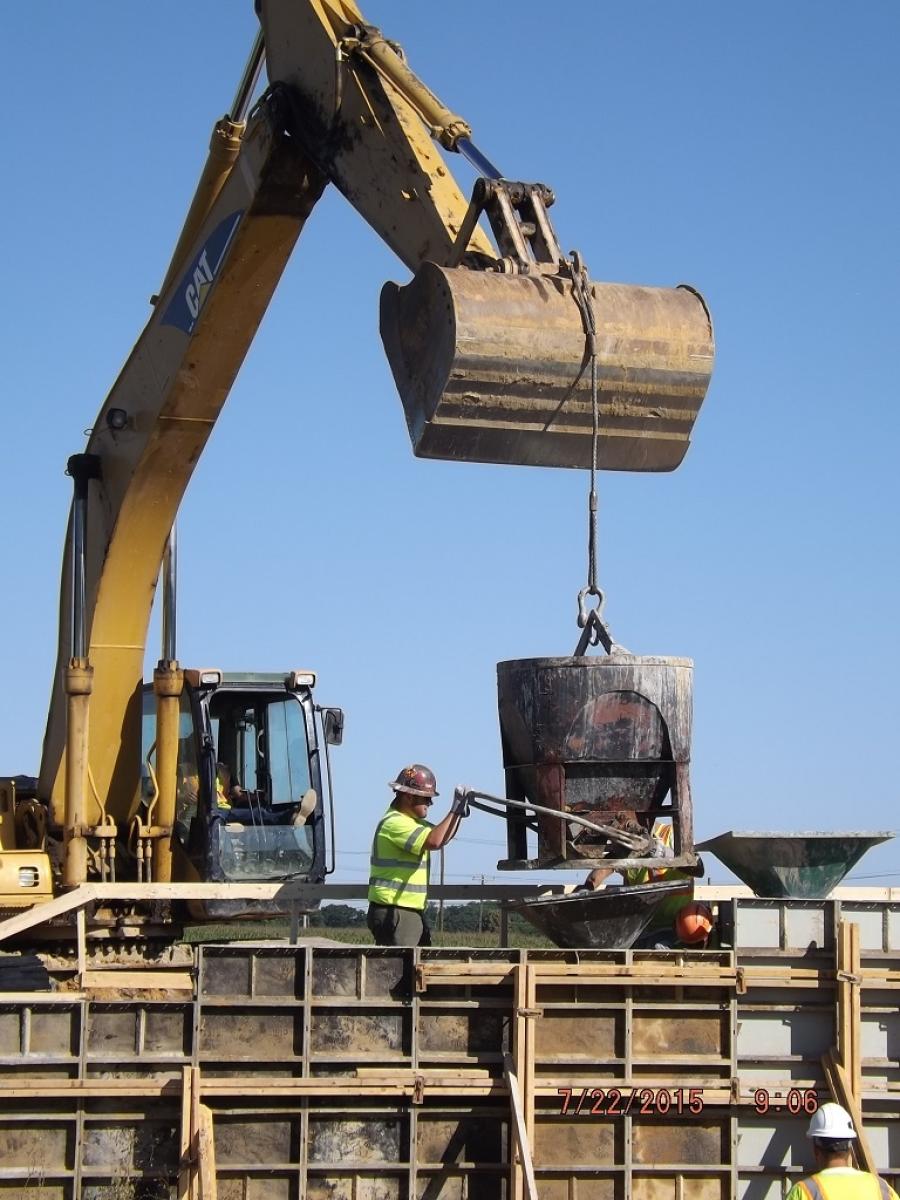 Construction for the interchange, which replaces an at-grade intersection, began in the fall of 2014.

One of many road projects currently progressing for the Maryland State Highway Administration (SHA) involves a new interchange along U.S. 301 (Blue Star Memorial Highway) at MD 304 (Ruthsburg Road) to replace an existing intersection in Centreville, which is in Queen Anne's County.

Plans are for the project to be complete in the late fall of 2018/early 2019, weather permitting. The full contract is $49.9 million, with $8.2 million coming from federal sources and $41.7 million from state sources. Construction will cost $39.5 million, right-of-way $2 million, planning $1 million, and design $7.4 million.

Construction for the interchange, which replaces an at-grade intersection, began in the fall of 2014. It includes a two-lane bridge carrying MD 304 over U.S. 301. Two single-lane roundabouts will be built along MD 304 on either side of the new bridge to safely guide drivers through the interchange. The project includes a new 25-space paved ridesharing lot in the northwest corner of the interchange, along with bicycle-compatible shoulders on the MD 304 bridge to provide safe passage for cyclists and pedestrians.

Gischlar noted that the new interchange will provide safer travel through the area by separating traffic traveling along U.S. 301 from traffic along MD 304. The project also will enhance access to the local middle and high schools. The interchange was Queen Anne's County's highest transportation priority and is strongly supported by the citizens' group “Support Overpass 4 Students.”

As of late September, the project was 21 percent completed according to Gischlar. At that time, he reported that crews were currently working on a northbound U.S. 301 box culvert to carry Mill Stream Branch under U.S. 301.

“There is also pile driving happening in the project limits, as well as storm water management ponds,” he said. “SHA also created a J-Turn as part of this project at the U.S. 301/MD 305 intersection north of the project. J-turns enable motorists to make a right turn and proceed to a safe location (usually guided by a traffic signal) to make a u-turn. This prevents angle crashes when motorists try to make direct left turns.”

Due to the marshy nature of the soil, there is a significant “quarantine area” that enables the soil to dry and become stable for construction use.