'Stay in the Loop' — TxDOT Launches Website for 360 Project 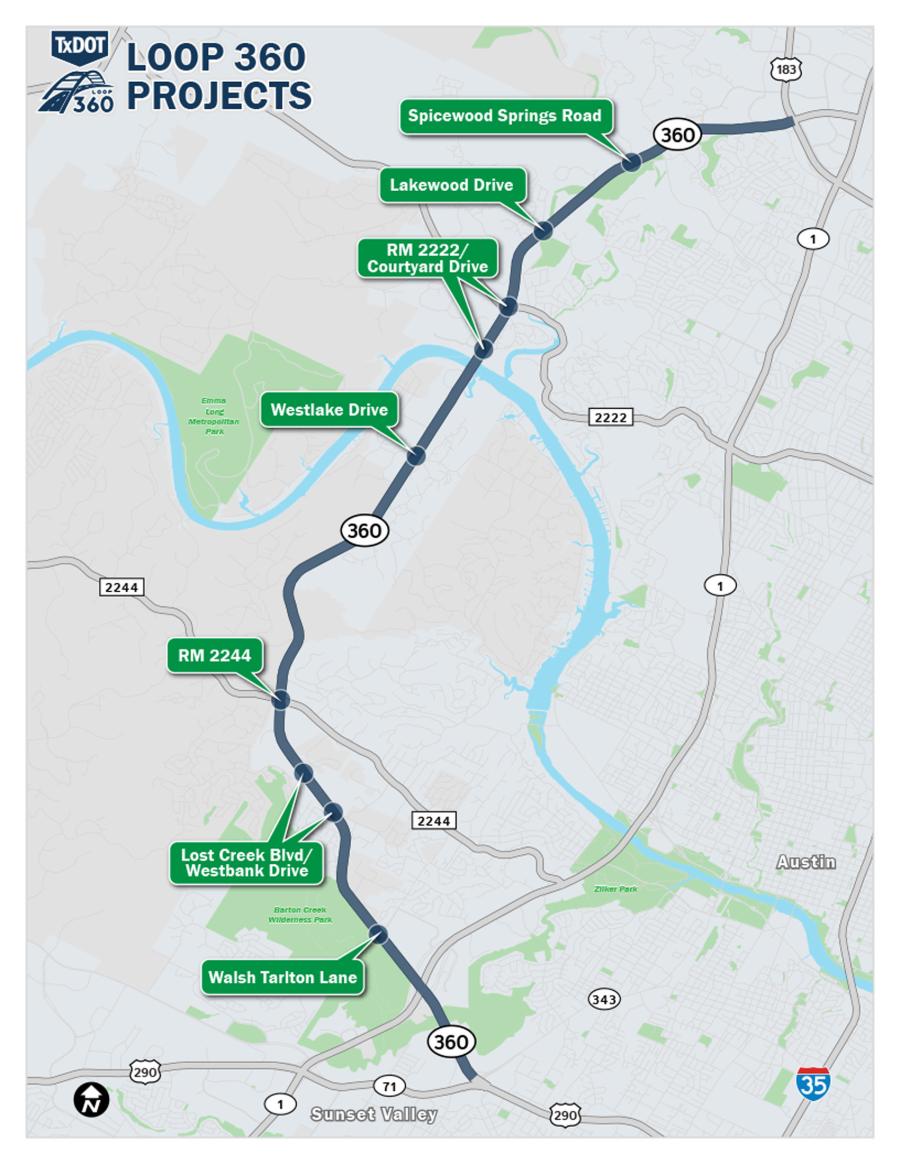 Changes are coming to one of the state's most congested roadways. Design work is about to begin on the Loop 360 corridor and TxDOT is launching a new website, www.loop360project.com, to keep drivers, homeowners and businesses in the loop as the projects move forward.

TxDOT, in conjunction with the city of Austin, will upgrade nine intersections along the Loop 360 corridor, including Westlake Drive, Spicewood Springs Road, Lakewood Drive, RM 2222, Courtyard Drive, Walsh Tarlton Lane, Lost Creek Boulevard, Westbank Drive and RM 2244. These intersection upgrades will collectively provide substantial mobility benefits for local residents, commuters and others who use the roadway.

Loop360project.com will provide up-to-date project information, including the latest news and event announcements, as well as details about the program approach and process. The website is optimized for viewing on mobile devices and allows for two-way communication between TxDOT and stakeholders. Visitors can also sign up for regular email updates.

The Westlake Drive intersection, located within one of three Loop 360 sections listed on the state's most congested roadways list, is the first project to move forward. The Westlake Drive project consists of several improvements, including removing the signal on the mainlanes of Loop 360 and adding either an overpass or underpass. A public workshop on the Westlake project is scheduled for Thursday, Sept. 20, from 4 to 7 p.m. at Riverbend Church, 4214 N. Capital of Texas Highway, Austin, Texas 78746.

As part of the 2016 Mobility Bond Program, the city of Austin is contributing $46 million toward improvements at four intersections along Loop 360: Westlake Drive, Courtyard Drive, Lakewood Drive and Spicewood Springs Road.

The Loop 360 program addresses safety and mobility along the 14-mi. corridor. The $250 million program will construct nine overpasses or underpasses to eliminate signals for through-traffic along Loop 360.