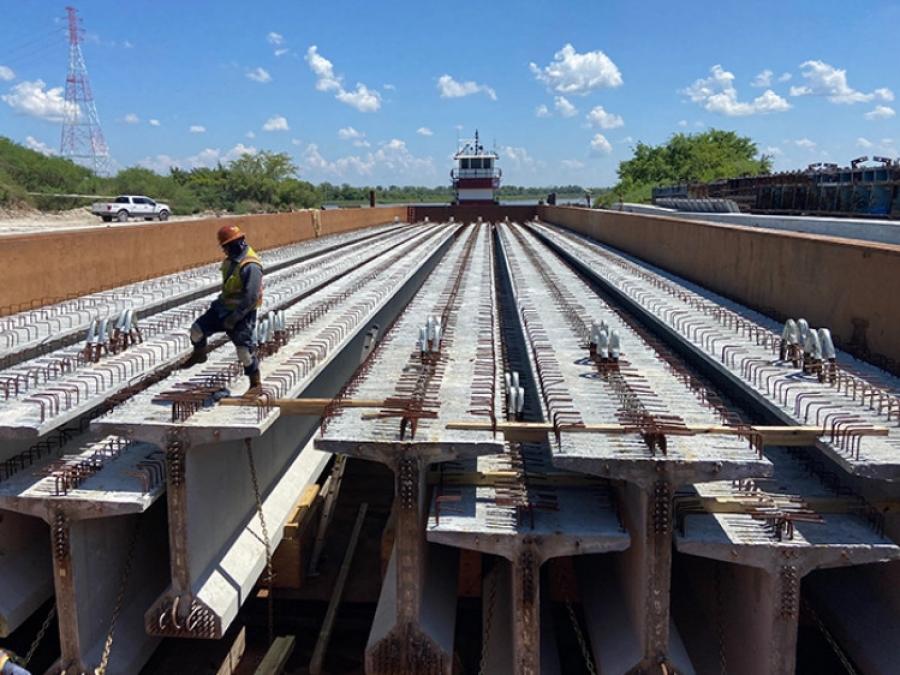 The South Carolina Department of Transportation (SCDOT) is constructing a new high-level fixed-span bridge on U.S. Highway 21 over the Harbor River in Beaufort County and is removing the existing swing-span bridge, which is more than 78 years old.

The new 3,353-ft.-long bridge will provide uninterrupted access for shrimping and sailing vessels along the river below as well as provide improved safety for motorists crossing the bridge itself. The 65-ft. high bridge will offer 12-ft.-wide lanes with 10-ft. shoulders in each direction.

The current bridge will remain open to travel until construction of the new bridge is complete, sometime in 2022. It provides the only means for vehicular transportation from the mainland to Harbor Island, Hunting Island and Fripp Island.

The new bridge construction project is being supported by Yonges Island, S.C.-based Stevens Towing Co. It has a contract to move a total of 65 girders for the bridge from Standard Concrete Products in nearby Savannah, Ga. Each girder is 168 ft. long and weighs a little over 100 tons.

The project contractor, United Infrastructure Group, headquartered in Charlotte, has chartered one of Stevens Towing's 260 by 52.5 by 12-ft. inland super jumbo hopper barges to move the girders, and Stevens' tug Island Fox is handling the tows.

The towing firm said it completed its first delivery of girders on July 17, with a return trip from Savannah planned in August to haul another load to the bridge construction site. After that, Stevens Towing will deliver groups of 10 girders every few weeks until the job is complete.

The girders are manufactured by Standard Concrete in Savannah and loaded onto the barge at its Savannah River facility, which has a barge slip and mobile gantry cranes for barge loading operations. 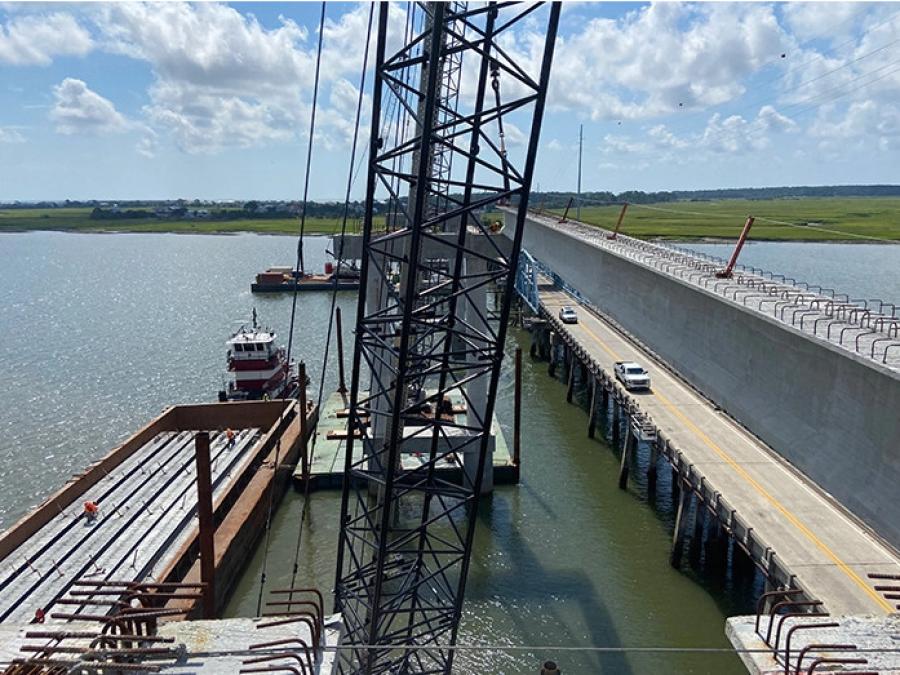